What Is A Digital Bank And How It Will Benefit You

The Aayog, in its report titled 'Digital Banks: A Proposal for Licensing & Regulatory Regime for India', makes a case and offers a template and roadmap for a digital bank licensing and regulatory regime for the country

A 1981-batch IAS officer of Uttar Pradesh cadre, Iyer has worked with both the public and private sectors, according to an official statement Indian Economy To Grow 7-8% In Next Couple Of Decades: Panagariya The capital raise during the quarter was not just lower than $10.3 billion logged between January and March 2022, but also marked a decline when compared to the same quarter of previous year ($10.1 billion in Q2 of 2021) Chhattisgarh, Odisha and Bihar have been ranked at the bottom of the index among major states. Karnataka topped the index for the third year in a row Releasing the compendium, NITI Aayog Vice-Chairman Suman Bery said it is critical to communicate the learnings from the testing times during the COVID-19...

Speaking at an Internet and Mobile Association of India (IAMAI) event virtually, Kant said Niti Aayog had come out with a strategy paper on AI in 2018 itself,...

West Bengal Chief Minister Mamata Banerjee has said that she has informed the Centre of the injustices meted out to the residents of border areas by the BSF...

Bery further said any appraisal of potential, performance and policies should also take into account the global headwinds, challenges and India's performance...

The Ministry of Electronics and Information Technology has taken the lead role to regulate India's tumultuous online gaming industry.

The ministry of electronics and information technology has invited online gaming operators to air their views and forge a way forward for a chaotic industry.

The Vice President Secretariat tweeted pictures of the three meetings.

Gaming is a state subject as per the constitution but the lack of uniformity in regulations has created bad blood in the online gaming industry. 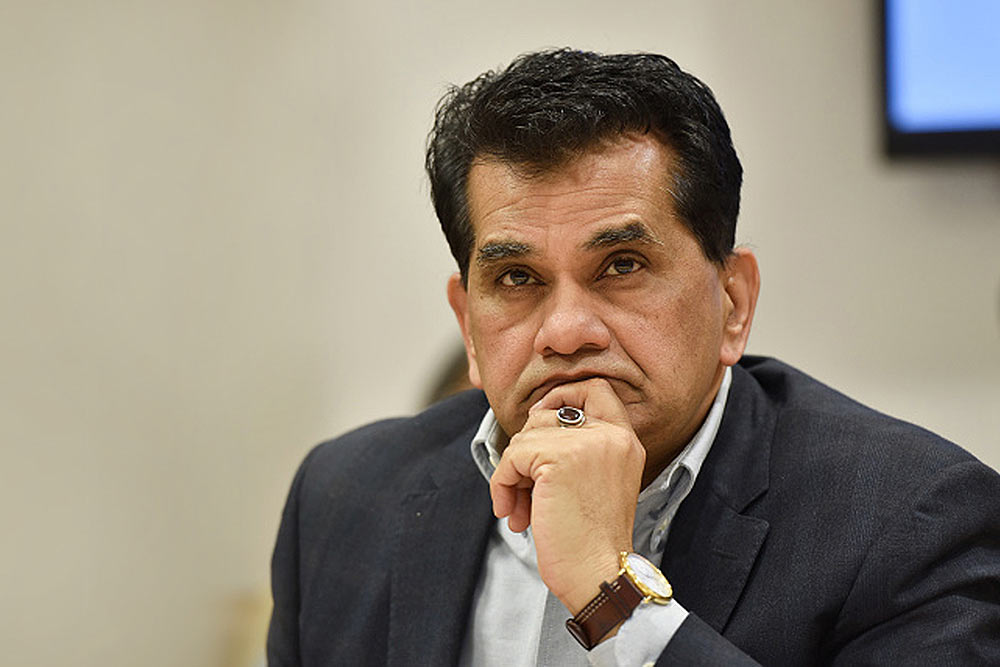 Challenge For India Is To Sustain 8-9% Growth For Three Decades: Niti Aayog CEO

According to Kant, the government's role should be in public policy and the policy should create wealth through the private sector

GST Slab On Online Gaming To Be Decided Today, Will It Be Doomsday For Fast-Rising Industry?

The GoM is mulling 28 per cent GST on gross revenue of online gaming platforms who currently pay 18 per cent of net income.

As many as 38,215 people were vaccinated against COVID-19 on Wednesday, increasing the total number of doses administered so far to 10.80 crore.

The NITI Aayog member also noted that there is increase in population and this must have contributed to deaths.

An experienced policy economist and research administrator, Bery has replaced Rajiv Kumar as the vice-chairman of the government think tank.

Prime Minister Narendra Modi in his monthly address ‘Mann Ki Baat’ had mentioned about activities of the NGO—Voice of SAP.