They may not play a bilateral series due to non-cricketing reasons but Indian and Pakistan fans are always thirsty to watch a duel between two of the superpowers of world cricket. Another indication of this 'demand' to see a contest between India vs Pakistan was seen on Monday. (More Cricket News)

Within five minutes of the ticket sales of ICC T20 World Cup 2022 in Australia going live, fans grabbed whatever tickets were available online for the general public. India and Pakistan will clash in a Super 12 match at the Melbourne Cricket Ground on October 23. (Full schedule)

According to the ICC, the general ticket allocations have all been sold for India vs Pakistan and the double-header that features South Africa vs Bangladesh and India v Group A runner-up at the Sydney Cricket Ground on October 27.

This comes after 200,000 tickets were sold during the pre-sale period across the 45 matches of the T20 World Cup 2022 being played in Australia from October 16 to November 13.

ICC Men's T20 World Cup 2022 local organising committee CEO Michelle Enright said: “The response from the fans has been fantastic and we’re proud of the fact we were able to reward our fans who purchased tickets to the postponed event in 2020 and those who registered early with us to get priority access to tickets in the pre-sale.” 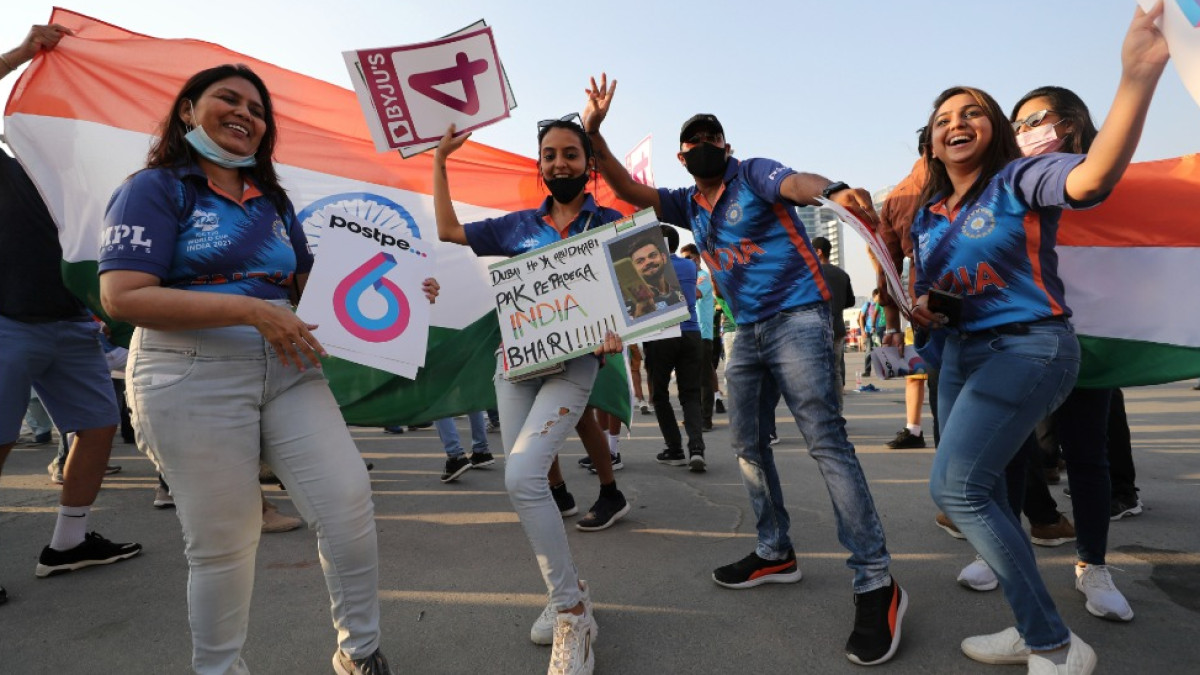 Indian fans in Dubai ahead of the T20 World Cup 2021 match against Pakistan. India lost the game by 10 wickets. (Photo: AP-PTI)

“We know that so far our ticket purchasers are predominantly residing in Australia, so to have two match-days with general ticket allocations all sold that feature India, Pakistan, Bangladesh and South Africa shows the passion for cricket from fans in those communities," said Enright.

With news of Australian borders starting to open to visitors from February 21, the timing is perfect for fans around the world to start planning a trip to Australia and be part of a global cricket celebration later this year.

The October 23 clash will be significant for Indian fans. In Dubai last year, Pakistan smashed India by 10 wickets in a group match. This was Pakistan's first win against India in a World Cup game. The defeat hurt the Virat Kohli-led team. Another defeat against New Zealand ended India's campaign at the group stage.

The ICC Men’s T20 World Cup 2022 will feature 16 international teams playing 45 matches with the final to be played on Sunday, November 13 at the Melbourne Cricket Ground.

The top five selling matches are:

The Final, Sunday 13 November at the (MCG)