Hirak Rajar Deshe (The land of the Diamond King) made in 1980 was a sequel to Satyajit Ray’s Goopi Gayen Bagha Bayen (1969) and was introduced and widely accepted as a children’s film. But, the film was fundamentally built on Ray’s socio-political commentary, represented cinematically through the story of a fantasy kingdom which is ruled by a merciless, narcissistic ruler, played by Utpal Dutt. The film was a political allegory based on the Emergency under the rule of Indira Gandhi. It was also about Ray’s  larger observation on totalitarianism.

The Diamond King rules a land which is famous for its diamond mines and he wants to bend the will of his people and coerce them to fit into his oppressive designs for extortion. He manages to create a brain-washing machine with the help of a magician and programs the masses to pay hefty taxes while ridding them of all welfare. He is supported by his close coterie of sycophants who egg on his cruel motives.

However, the people manage to break free from tyranny and bring down a monumental statue the king had installed in his own honour. The resonant slogan of this climax: dori dhorey maro taan, raja hobey khan khan (pull the ropes and shatter the king into pieces). Once again, it highlighted the metaphoric representation of the united power of people against dictatorial oppression.

A Year Of Indian Cinema From Big Screen To Phone Screen, A Metamorphosis

The statue here becomes a symbol of self aggrandisement and narcissism. The film also underlines a classical portrayal of Marxist class-struggle. In the earlier film, Goopi Gayen and Bagha Bayen the two characters get married to princesses. In this one, they are invited by the Diamond King, which opens a whole new adventure for them. They meet the cruel king and finally end up freeing people from tyranny. 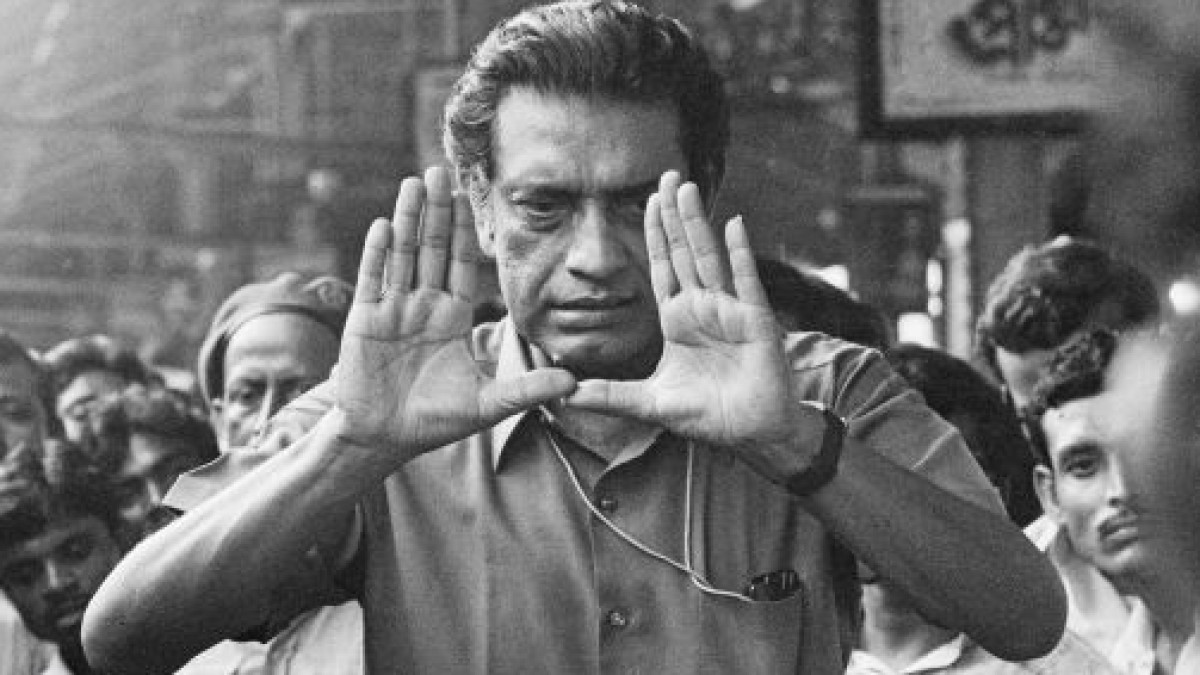 The brainwashing machine hypnotises people to repeat rhymes. The king speaks in rhythms. The poets of his kingdom craft rhymes to feed the minds of the farmers. Some of them read like this:

baaki rakha khajna, mote valo kaaj na (it is not good to keep taxes pending)
vorpet nao khai, raajkor deoa chai (even if you do not eat properly, you must dutifully pay your taxes)
janar kono sesh nai, janar chesta britha ta (there is no end of knowledge, it is futile trying to learn)
Jay Jodi jaak pran, hirok er raja vogoban (even if we have to give up our lives, the king is God)

The statue as a symbol

The spark of hope in the entire village is a professor Udayan who wants to spread education in the village. When the king realises that the teacher is helping people gain knowledge, he perceives him as a threat and decides to shut down his school. After the king stops his school, he goes on a warpath to get justice for the people and Goopi and Bagha come to his aid.  Like most of Ray’s films, Hirak Rajar Deshe has subtle connotations. A political allegory, the film shows how power when abused can oppress the defenseless and innocent. The demolition of the statue is symbolic of the triumph of the human spirit and the power of a collective will against totalitarianism.