How Fringe Political Groups Are Troubling Indian Films Over And Over Again!

The Karni Sena has asked for a ban on the movie ‘Prithviraj’. This isn’t the first time a film or show has been troubled by similar fringe political groups. From sets being vandalised to movie titles being forced to change, there have been numerous occasions.

Taking offense seems to have become a national pastime nowadays, especially when there is something shown on film. The latest is the PIL filed by the Karni Sena against the movie ‘Prithviraj’ that stars actor Akshay Kumar and former Miss World Manushi Chhillar.

This isn’t the first time that the Karni Sena has protested against the film. They claim that the representation of ‘Prithviraj’, a Hindu emperor was allegedly ‘wrong and vulgar’ and therefore it has hurt the sentiments of people.

Such fringe political groups have time and again troubled Indian films. There has been vandalism on sets in the recent past. Also, makers of many movies or shows have been forced to change the name of their project after a PIL or a petition is filed by some activist or social worker or some fringe groups.

Here are a few examples of both, vandalism and getting the name changed by these fringe political parties:

A group of right-wing employees is accused of vandalising the set of the multi-lingual film 'Minnal Murali' in Kalady, Ernakulam district. The Kerala state chapter of the Akhila Hindu Parishad (AHP) complained that a massive church edifice in front of a temple had harmed religious sensitivities. The tragedy occurred on the banks of the Periyar River in Kalady, where art directors had spent many days erecting a massive church building. The climactic scenes of the film were meant to be shot at this chapel. However, owing to the lockdown, the Kalady schedule could not begin on time. According to the film team, they lost over Rs 50 lakh.

According to reports, three inebriated men stormed the set of the web series 'Fixerr,' alleging that it was their property and that the appropriate licences had not been obtained. Sakett Saawhney, the show's producer, commented on a video that detailed the entire tragic occurrence. He checked that the necessary authorizations were in place. Santosh Tundyal, their director of photography, was assaulted on the head. Soham Shah, the director, was clutching his arm, and Saawhney alleged that the director dislocated his shoulder during the attacks. He went on to say that the female staff was similarly mistreated. He and actress Mahie Gill went on to say that the female staff, including her, was attacked and abused on the site.

During the production of the online series 'Aashram,' Bajrang Dal workers destroyed the sets and even hurled ink at the director, Prakash Jha. The filming was taking place at Bhopal's old jail, where Bajrang Dal workers halted the cars and threw stones at them, injuring some team members. 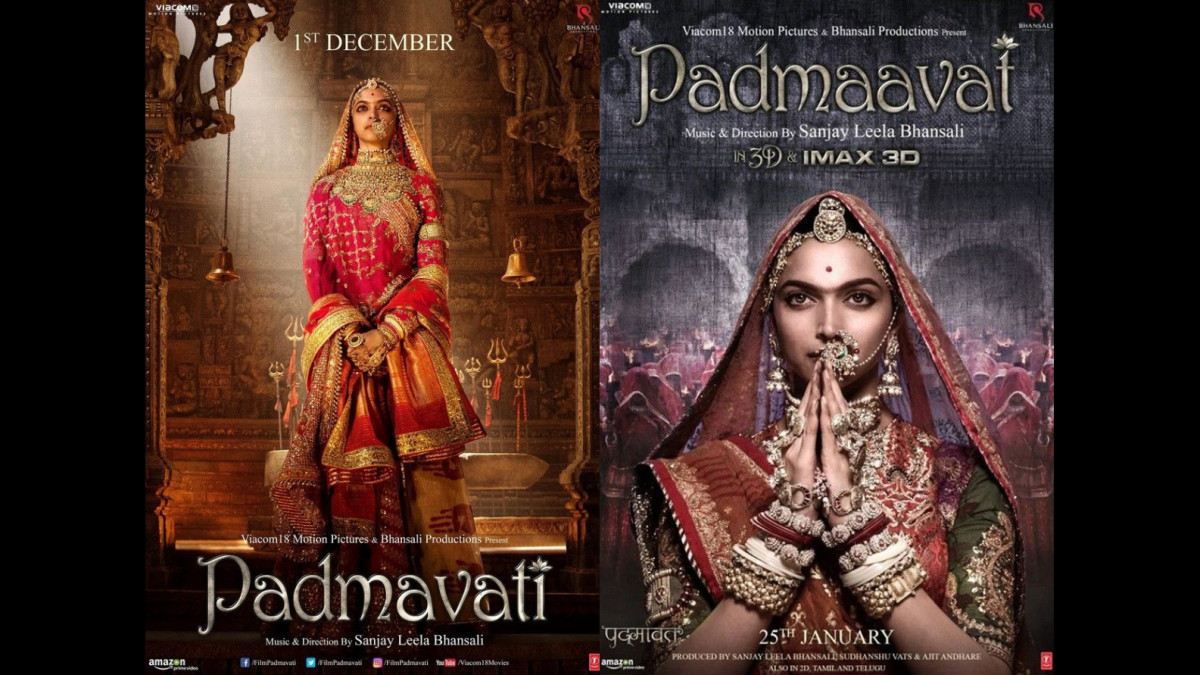 In January 2017, members of the Karni Sena smashed the 'Padmaavat' sets at Jaigarh Fort in Jaipur. The fringe group staged a violent protest against filmmaker Sanjay Leela Bhansali, even attacking him physically. They also destroyed expensive film equipment, and as a result of the incident, production on the film was delayed for a few days. In March 2017, the film's sets on Kolhapur's Masai plateau were vandalised throughout the night. The film's sets were set on fire, which not only harmed private property but also injured animals on the set at the time. Around 20 to 30 people appeared on the set of the film armed with petrol bombs, stones, and lathis. Before setting fire to the scene, they destroyed the costumes and burned the animal feed. The attacks were organised in response to allegations made by fringe Rajput organisations that the film contains a dream sequence in which Rani Padmini and Alauddin Khilji kiss. The production staff of the film rejected the charges.

In 2018, the film that was originally titled 'Padmavati', was a source of conflict for the Hindu organisation Karni Sena once again. The Hindu organisation assumed that the film depicted Rajput Queen Padamavati romancing Muslim monarch Sultan Alauddin Khilji, which they found unacceptable. The Central Board of Film Certification (CBFC) requested that Bhansali rename the historical drama 'Padmavati' to 'Padmaavat', after the 16th-century epic from which it is adapted.

Priyadarshan directed the film, which was initially titled ‘Billu Barber’. The film, which starred Irrfan Khan, Lara Dutta, and Shah Rukh Khan, was released in 2009. However, the group of hair stylists objected, claiming that the name "Barber" offended their sensibilities. The creators chose to exclude the term Barber and simply call it ‘Billu’.

A petition was filed against the film, which was then titled ‘Ram Leela’ and it accused the film of infringing on religious sensibilities. The matter went to the court as well, and the court order had reportedly said that because the title ‘Ram Leela’ is linked with Lord Ram, moviegoers would expect to see a religious film. The makers of the film, producer-director Sanjay Leela Bhansali had to change the name to ‘Goliyon Ki Raasleela Ram Leela’ just a couple of days prior to the release of the movie.

Ali Zafar and Yami Gautam acted in this romantic comedy film directed by Eeshwar Nivas and scripted by Neeraj Pandey. The film was initially named ‘Aman Ki Aasha’, from the names of the primary characters, Aman (Ali), a Pakistani guy who falls in love with Asha (Yami), an Indian woman. 'Aman Ki Aasha,' on the other hand, is a popular social movement launched between India and Pakistan. As a result, the film's title was changed to ‘Total Siyapaa’, which was released in 2014. 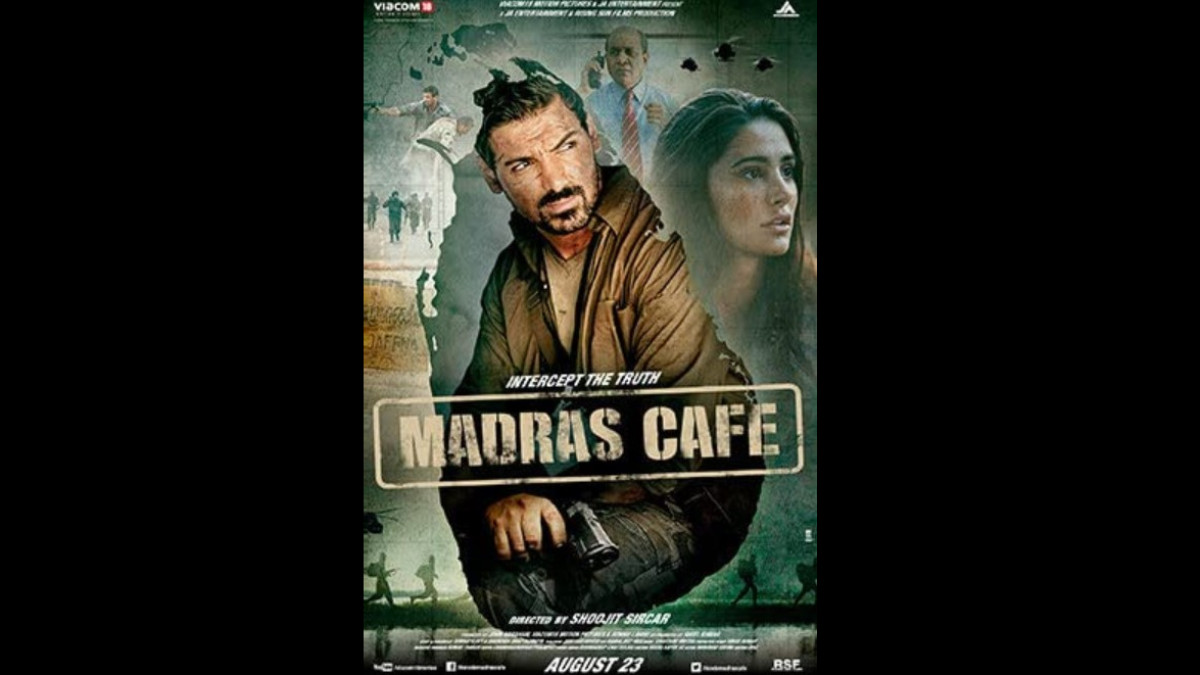 This 2013 film was previously titled ‘Jaffna’, after a town in Sri Lanka. The film, directed by Shoojit Sircar, is a political action drama film that follows the narrative of an army commander who is sent by the intelligence organisation RAW to lead covert operations in Jaffna shortly after the Indian peacekeeping force is evacuated. John Abraham and Nargis Fakhri appeared in the film. The title was modified after it was pointed out that it cast a negative view on Sri Lanka.

The original title for the Kangana Ranaut and Rajkummar Rao starrer 2019 film was ‘Mental Hai Kya’. After mental health experts persuaded the filmmakers to heed the issue's sensitivity, the title was modified. The filmmakers also avoided using the word "mental" throughout the film.

After certain Hindu organisations took offense to the title, the makers of the film ‘Laxmmi Bomb’ altered it to ‘Laxmii’. Several Hindu organisations objected to the term ‘Laxmmi Bomb’, claiming that it offends religious sensibilities by disrespecting Goddess Laxmi. According to reports, the Karni Sena submitted a legal letter to the film's producers asking that the title be altered. The filmmakers decided to alter the title to ‘Laxmii’ before they applied for a censor certificate.