Yusuf Pathan Announces Retirement From All Forms Of Cricket

Pathan, elder brother of former India seamer Irfan, played 57 ODIs and scored 810 runs at a strike-rate of 113.60 with two hundreds and three fifties. 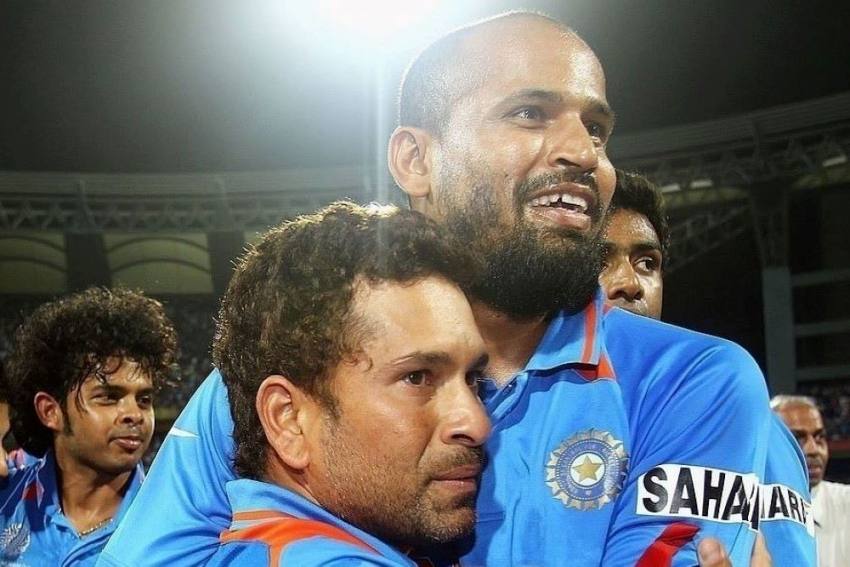 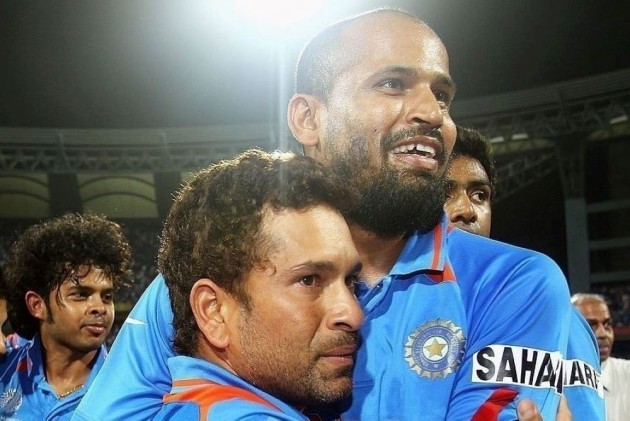 Out-of-favour India all-rounder Yusuf Pathan, who made a name for himself as a power-hitter, on Friday announced retirement from all forms of cricket, saying time has come "to put a full stop to this innings of my life."  (More Cricket News)

The 38-year-old Pathan was part of the inaugural T20 World Cup-winning Indian team in 2007 and also the one that triumphed in the 2011 ODI World Cup at home.

"The time has come today for me to put a full stop to this innings of my life. I officially announce retirement from all forms of the game," he said in a statement posted on Twitter.

"I thank my family, friends, fans, teams, coaches and the whole country wholeheartedly for all the support and love," he wrote.

I thank my family, friends, fans, teams, coaches and the whole country wholeheartedly for all the support and love. #retirement pic.twitter.com/usOzxer9CE


Pathan, elder brother of former India seamer Irfan, played 57 ODIs and scored 810 runs at a strike-rate of 113.60 with two hundreds and three fifties.

He was a part of Kolkata Knight Riders' triumphs in the Indian Premier League and last played for India in 2012.

"I still remember the day when I wore the India jersey for the first time. I didn't only wear the jersey that day, but I took upon my family's, coach's, friends the whole country's and my own expectations on my shoulders as well," Pathan recalled.

"Winning two World Cups for India and lifting Sachin Tendulkar on my shoulders were some of the best moments of my career. I made my international debut under M S Dhoni, IPL debut under Shane Warne, Ranji debut under Jacob Martin and would like to thank them for believing in me," he added.

He had been going unsold in the past two IPL players' auctions.

Pathan, who was also a handy off-spinner, is one of the few players to feature in 100 first-class matches apart from playing 199 List A and 274 T20 matches at the domestic level.

Recalling the World Cup-winning moments, Pathan thanked former India opener and his IPL captain at KKR, Gautam Gambhir, and Irfan, his brother calling him his "backbone".

"I thank Gautam Gambhir with whom, at KKR, we won the IPL trophy twice. I would also like to thank my brother and backbone Irfan Pathan who was always there for me during the highs and lows of my career.

"Last but not the least, I would like to thank the BCCI and BCA for giving me the opportunity to play for my country and state."
"Nothing can keep me away from cricket and my passion for the sport will remain the same. I will continue to entertain everyone even in future."

Alongside his statement on retirement, he also posted pictures of him hugging cricket icon Tendulkar and standing with younger brother Irfan.

Pathan made his international debut against Pakistan in the T20 World Cup final in 2007 and played his first ODI the very next year in June against the same team.

Besides KKR, he also played for Rajasthan Royals and Sunrisers Hyderabad in the IPL while winning the trophy thrice.

He also owns the record for the fastest century by an Indian in the IPL and won the Man of the Match award 16 times in the lucrative league, the third most among Indian players.

Pathan hit more than 300 sixes in professional cricket, once scoring an unbeaten 210 in a 536-run chase in a Duleep Trophy match during the 2009/10 season.