Director General of Police S P Vaid had on Saurday announced suspension of the ongoing Amarnath yatra for today, in view of the strike call given by separatists to mark the second death anniversary of Hizbul Mujahideen commander Burhan Wani. 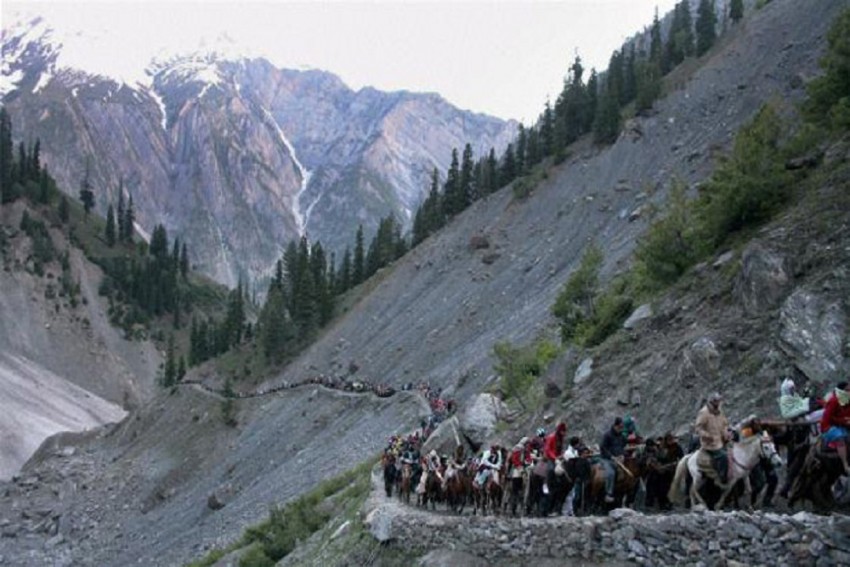 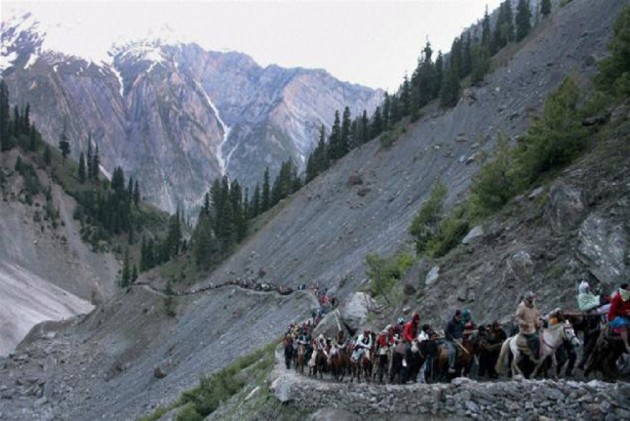 Thousands of people including Amarnath pilgrims were left stranded today as authorities suspended traffic on Jammu-Srinagar national highway and Mughal road connecting Kashmir with rest of the country.

Director General of Police S P Vaid had on Saturday announced suspension of the ongoing Amarnath yatra for Sunday, in view of the strike call given by separatists to mark the second death anniversary of Hizbul Mujahideen commander Burhan Wani.

"No yatri was allowed to move from Bhagwati Nagar base camp and those who have arrived in the winter capital and heading for Kashmir on their own were also stopped at various places along the Jammu-Srinagar national highway," a government official said.

He said the step was taken as a precautionary measure in view of the separatist sponsored strike on the second death anniversary of Wani.

During a visit to Kathua district to review arrangements for Amarnath pilgrims yesterday, the police chief announced suspension of the yatra for the day and sought cooperation from the pilgrims.

"Security and facilitation of yatris is our top priority. My appeal to the pilgrims is that they should cooperate with us keeping in mind the (law and order) situation in the Valley," the DGP said.

The 60-day annual yatra to the 3,880-metre-high cave shrine of Amarnath in south Kashmir Himalayas began on June 28 and has faced many disruptions due to inclement weather. Till last evening, as many as 83,130 Yatris had paid obeisance at the cave shrine, housing the naturally formed ice-Shivlingam.

The officials said over 20,000 pilgrims who have reached here from various parts of the country to undertake the yatra were left stranded for the past several days.

However, authorities have made adequate arrangements including boarding and lodging for them at various camps, they said.

A traffic police official in the highway township of Ramban said over 2,000 tourists including yatris were stopped from proceeding to Kashmir from Jammu last evening.

“The traffic on highway was suspended due to situation in the Valley. No vehicle was allowed to move from Jammu towards Srinagar since this morning,” he said.

The officer said security forces were deployed in strength in Banihal town along the highway, the only all-weather over 260-km-long road linking Kashmir with rest of the country, which observed a shutdown in response to the separatist sponsored strike call.

A traffic spokesman in Jammu said the traffic was also suspended on Mughal road, an alternate link connecting the twin border districts of Poonch and Rajouri in Jammu region with Shopian district in south Kashmir, as a precautionary measure.