WTC Final 2021: Will It Rain In Southampton Today? What Is The Forecast Saying 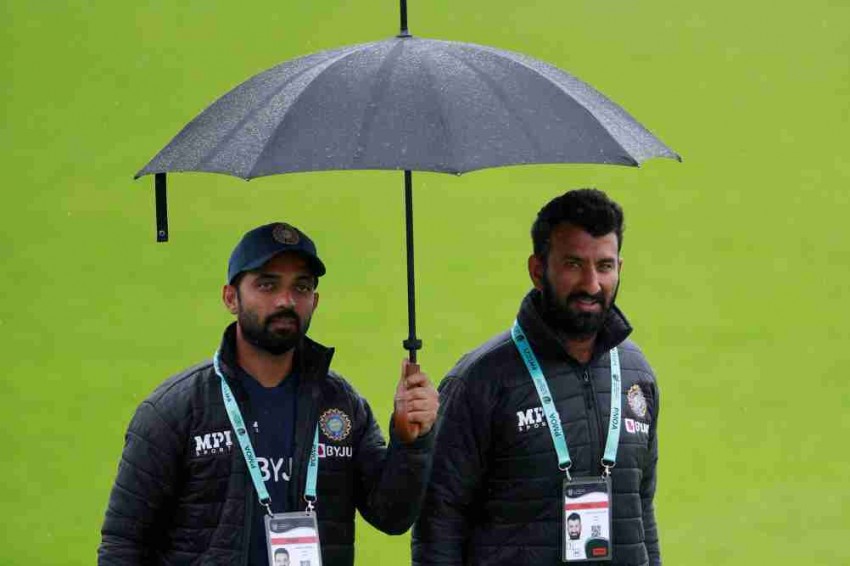 India's Ajinkya Rahane, left, and Cheteshwar Pujara walk across the field after rain delayed start of the fourth day of the World Test Championship final cricket match between New Zealand and India, at the Rose Bowl in Southampton, England on Monday, June 21, 2021.
AP Photo/Ian Walton
Outlook Web Bureau 2021-06-22T12:12:13+05:30 WTC Final 2021: Will It Rain In Southampton Today? What Is The Forecast Saying 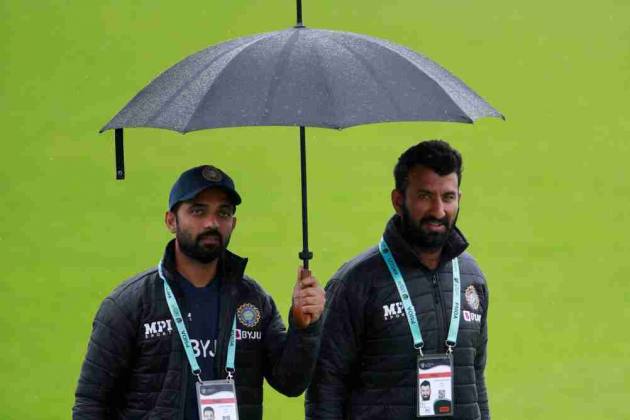 Weather has been a bane for inaugural ICC’s World Test Championship Final between New Zealand and India with two days of play lost at Southampton.

There is some good news for Day 5 though. The forecast for Tuesday predicts no rain with full days play expected. There is some chances of rain today also before the start of the match but the weather is stated to be clear for the rest of the day.

Right then, today we reach breaking point. Without a substantial day this game is gone. Thankfully, things look good. There’s a chance of some rain before the scheduled start but otherwise we are clear. There’s a decent breeze which should help the outfield dry. #INDvNZ #WTC21 pic.twitter.com/vAYT57gwTy

According to BBC Weather,"Some clouds with rain is possible early. However, sunny spells are expected to develop through the late morning and afternoon"

While many former players have been up in arms criticising ICC for scheduling such an important match in England, known for its fickle weather.

The fourth day was washed out completely, while play has been disrupted frequently due to bad light on other days.

Even though there is a reserve day but with no play possible for two out of the first four days, the match might end in a draw if inclement weather continues to play spoilsport.

Former England captain Kevin Pietersen and former India opener Virender Sehwag have been vocal about their criticism of ICC.

"It pains me to say it, but a ONE OFF & incredibly important cricket game should NOT be played in the UK," Pietersen tweeted.

If it was up to me, Dubai would always host a one off match like this WTC game.
Neutral venue, fabulous stadium, guaranteed weather, excellent training facilities and a travel hub!
Oh, and ICC home is next to the stadium.

"Batsman ko bhi Timing nahi mili dhang ki, aur ICC ko bhi," he tweeted. It meant that "neither the Indian batsmen nor the ICC got their timing right,” Sehwag said in a tweet.