'Will Build For America Over Next 4 Years': Trump Accepts Republican Re-nomination As Presidential Candidate 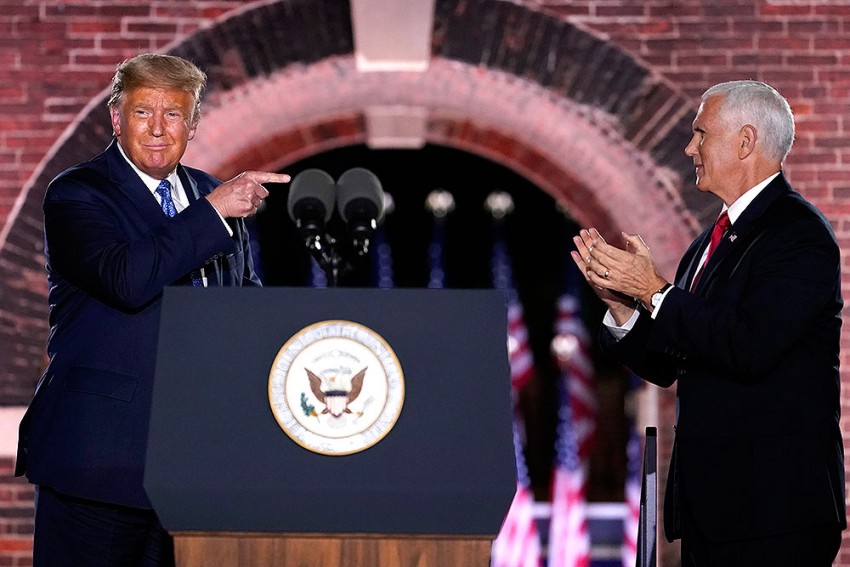 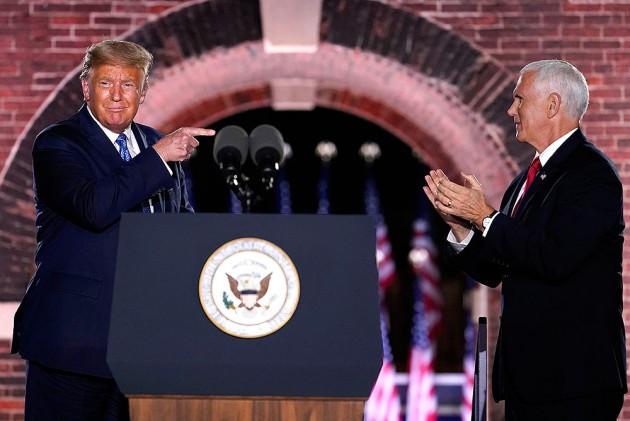 US President Donald Trump has officially accepted the re-nomination of the Republican Party as its presidential candidate for the November elections, telling his fellow Americans that at no time before have voters faced a clearer choice between two parties, two visions, two philosophies or two agendas.

Trump, 74, in his acceptance speech from the South Lawns of the White House amidst cheers from his supporters on Thursday night, said: “My fellow Americans, tonight, with a heart full of gratitude and boundless optimism, I proudly accept this nomination for President of the United States”.

“I stand before you tonight honoured by your support. Proud of the extraordinary progress we have made together over the last four incredible years, and brimming with confidence in the bright future, we will build for America over the next four years,” Trump said.

“In a new term as President, we will again build the greatest economy in history – quickly returning to full employment, soaring incomes, and record prosperity!” he said.

Party’s delegates from across the country at Republican National Convention, which has been drastically scaled down at its original venue of Charlotte in North Carolina, on Monday re-nominated Trump and Vice President Mike Pence as its presidential and vice-presidential candidates respectively.

Addressing an audience of about 1,500 invited guests, Trump said that the Republican Party goes forward united, determined and ready to welcome millions of Democrats, independents and anyone who believes in the greatness of America and the righteous heart of the American people.

Harris, 55, has scripted history by becoming the first African-American and Indian-origin person to be nominated as a vice presidential candidate by a major political party.

As per an average of major national polls tracked by Real Clear Politics, Biden leads Trump by 7.1 percentage points and in the battleground states it has come down to 3.7 percentage points, indicating that the presidential elections in less than 70 days from now is headed for an interesting finish.

Trump’s acceptance speech concluded four days of star-studded convention of the Republican Party, which gathers once in four years in one of the American cities to nominate its presidential candidate.

This year it was scheduled to be held in Charlotte in North Carolina. Due to the restrictions on social gatherings as a result of the coronavirus pandemic, the convention went into a virtual mode, with only essential official business being held in Charlotte.

Popular Indian-American politician Nikki Haley was the star speaker on Monday, the first day. First Lady Melania Trump addressed the convention from Rose Garden of the White House on Tuesday, while Pence delivered his acceptance speech on Wednesday.

Trump’s daughter Ivanka, who is also his presidential advisor, addressed the convention before him on Thursday night.

“He's our commander-in-chief, champion of the American worker, defender of common sense and our voice for the forgotten men and women of this country. He is our president, and my father, Donald J Trump,” Ivanka said.

Al Mason, co-chair of the Trump Victory Indian American Finance Committee, and his wife were among the special invitees on the South Lawns of the White House for Trump’s acceptance speech. Al Mason said it was amazing spectacular and full of enthusiasm never seen in the Democratic convention last week.