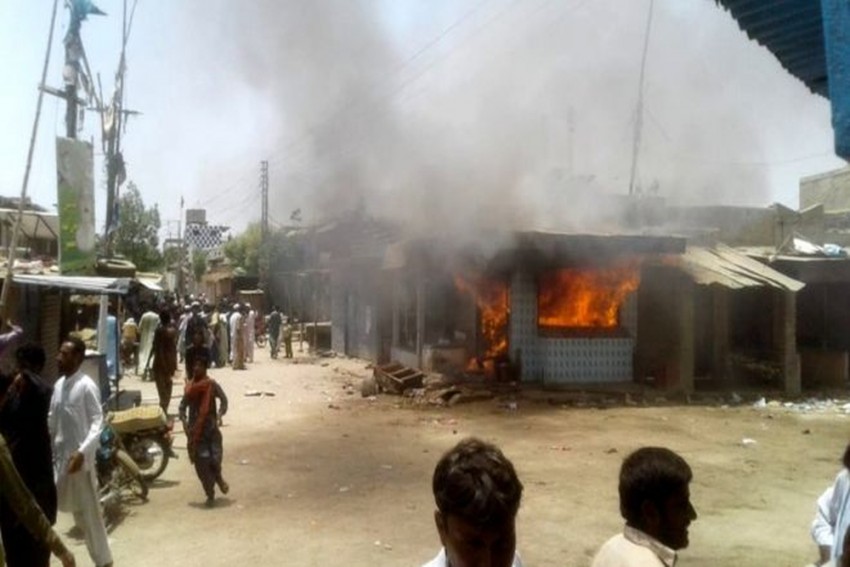 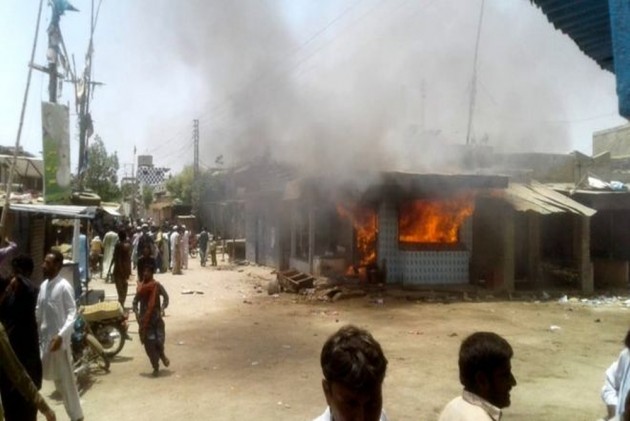 Mobs set ablaze shops belonging to the Hindus after a veterinary doctor from the minority community allegedly tore pages of a holy book and wrapped medicines in them in Pakistan's Sindh province, according to a media report.

Under Pakistan's blasphemy laws, anyone accused of insulting Islam can be sentenced to death.

The doctor was taken into custody while angry protestors set fire to shops owned by Hindus and burnt tyres on road in Phuladyon town in Mirpurkhas district in the province, The Express Tribune reported.

Protesters set ablaze a doctor's clinic, a medical store, and two shops belonging to the members of the Hindu community. They also blocked roads by burning tyres, the report said.

There were reports that the protesters also looted some shops.

With the situation spiralling out of control, local authorities called in the paramilitary Rangers to deal with the mob violence.

Police also registered a case against those engaged in rioting.

"It's an unfortunate incident. We have taken the doctor into custody and are investigating incident," Senior Superintendent of Police Mirpurkhas Javed Baloch said.

He said a case has been registered and police have established a picket in the town to deal with any untoward incident.

"The situation is now normal," he said, adding that the police would take action against those who have ransacked properties of the Hindu community.

"We have detained some suspects on charges of damaging properties,” he added.

The Mirpurkhas deputy commissioner said the government would compensate those whose properties were damaged during the violence.

A large number of Hindus reside in the interior of Sindh province and in Karachi and the Pakistan Hindu Council has complained in the past of minority community members being targeted under the blasphemy law by people because of personal enmity.