International Trump Calls For 'Real Immigration Reform' In US 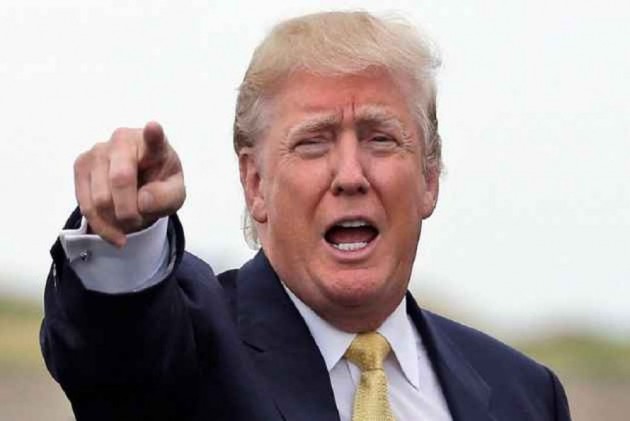 US President Donald Trump has called for "real immigration reform" in the country, while arguing that it was very important for the progress of American companies looking to have best talents from across the globe.

A day after his maiden prime-time address to the nation asking the Democrats to allocate USD 5.7 billion funding for his controversial US-Mexico border wall plan to halt a "growing humanitarian and security crisis", Trump on Wednesday sought a "big immigration bill" which, he said, would really take care of the situation.

"I know you want to, everybody wants to. Who wouldn't want to?" he told reporters at the White House amid a raging national debate on illegal immigration and border security.

We Are Planning A Steel Barrier Rather Than Concrete Wall: Trump

"We would like to see real immigration reform in this country because we need it and it could be a beautiful thing. With all of the companies coming into our country -- we have seven car companies that are announcing or have announced just recently -- and we have many car companies and other companies, as you know, they're flowing in," the US president said.

Trump claimed that under his administration, the US has the "best job numbers" – best ever for the African-Americans, Hispanics and Asians.

"We have the best job numbers. We need people, we need great qualified people. We want them to come in. So I think it is a great time right now because of that. We need people," he said.

"You need workers and I know you feel the same way. Everybody wants to see immigration reform. It is overdue and it has always been very political. Maybe this will turn out to be a blessing in disguise," Trump said in response to a question.

Terming the current situation problematic, he said, "We have to take care of this and it is quicker and easier to do this individually."