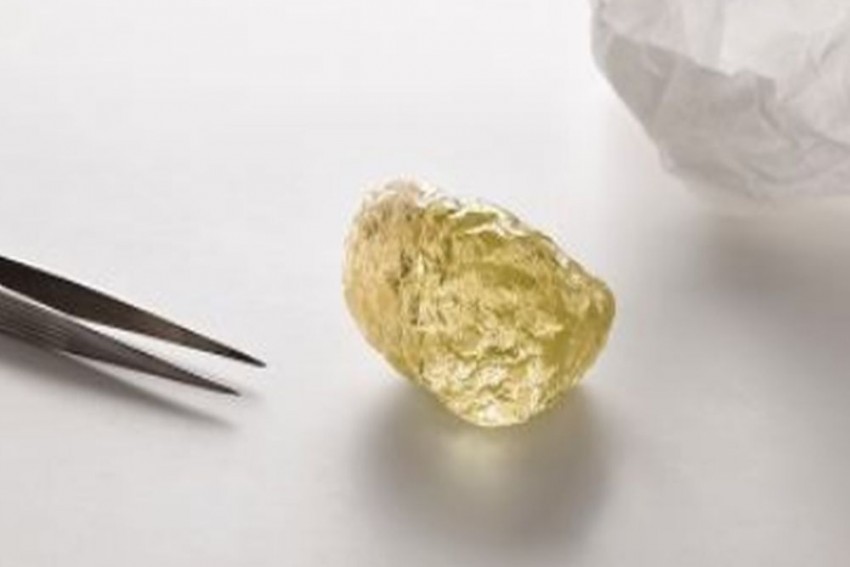 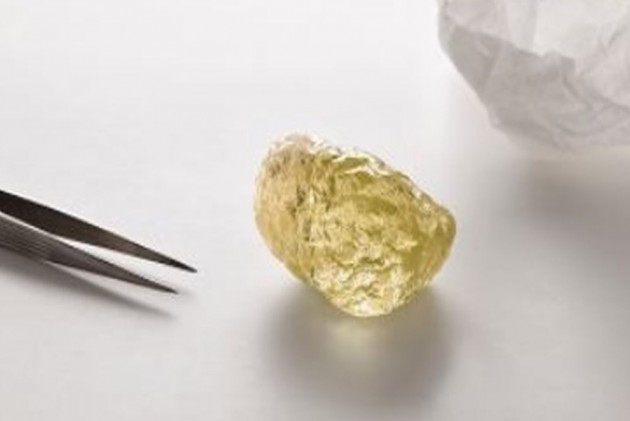 A Canadian mine claimed to have discovered the largest diamond ever found in North America.

Canadian mining company Dominion Diamond Mines announced officially this week that they found a 552-carat yellow gemstone in the month of October at the Diavik Diamond Mine, claiming it to be the biggest so far.

The diamond is almost the size of a chicken's egg, measuring aboout 33.74mm by 54.56mm, according to Bloomberg News.

Kyle Washington, chairman of Dominion Diamond Mines and owner of 40% of the mine, told  BBC that the new diamond tops the list of the most beautiful diamonds discovered so far.

The gemstone's price is not yet declared. It will only be sold after polishing the rough edges which would determine the stone's market value.

Dominion Chief Executive Officer Shane Durgin told Bloomberg in an interview, “We can label it fancy yellow, but beyond that, due to its rough nature and the abrasions received through the processing facility, that’s all we can comment on... It’s very hard to give a ballpark estimate. It all depends on, again, the cutting and the resulting stone it ends up.”

The company told BBC, "The size and highly technical nature of this stone means that only a handful of master cutters in the world are qualified to polish it, ensuring that the stone's beauty, colour and brilliance are maximised."

Bloomberg News reports that the largest gems are generally borne in South African mines, and that this discovery is the seventh-biggest this century.