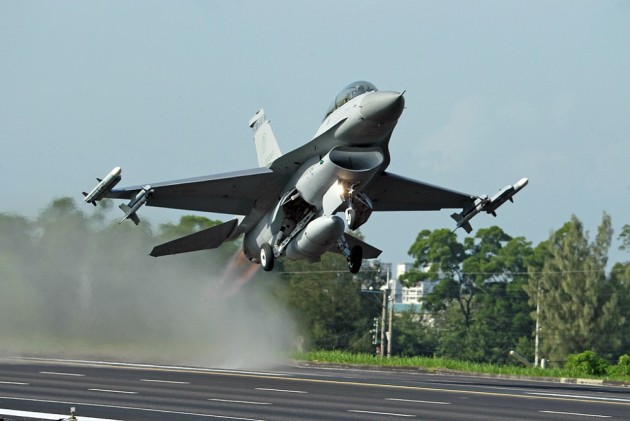 The defence ministry said the single-seater plane fell off radar screens about two minutes after taking off on Tuesday evening and that the fate of the pilot was unknown.

A massive air and sea search has been ordered in the area surrounding the airbase in the eastern city of Hualien along the Pacific coast.

The plane's disappearance follows the crash of an F-5E fighter during a training mission last month, killing the pilot.

The incidents come as Taiwan's air force is under greater pressure to respond to incursions by warplanes from China, which claims Taiwan as its own territory to be brought under its control by force if necessary.

Taiwan purchased the F-16s from the United States, its chief ally, in the 1990s and has been upgrading its existing models along with ordering the latest version of the versatile jet.