The government announced various measures to meet the challenge of COVID-19, including cash payments to the most needy, which started on Thursday and would continue for about three weeks. 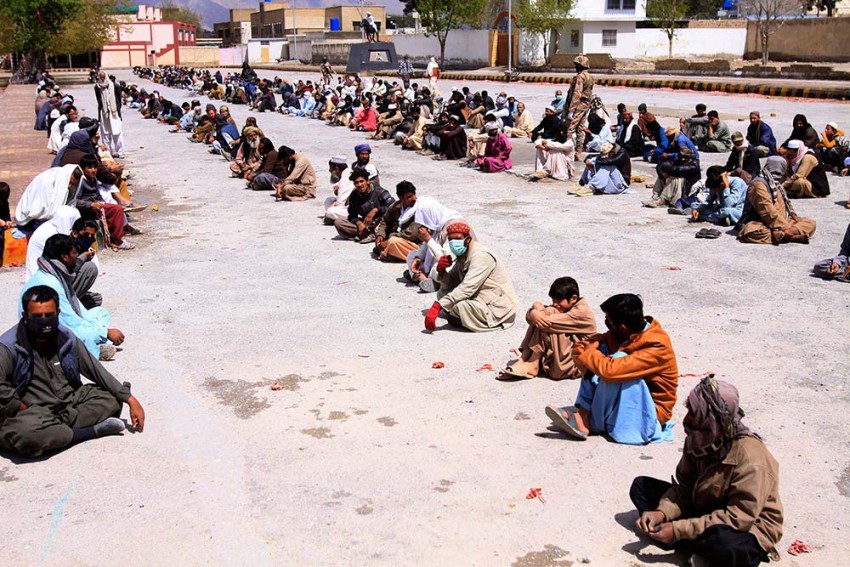 People put some space between each other as they wait to receive free food supplies provided by the Saylani Welfare Trust during a lockdown in Quetta, Pakistan.
AP/PTI
PTI April 10, 2020 00:00 IST Pakistan's Coronavirus Situation Worsens; Cases Rise To 4,601, Death Toll Reaches 66 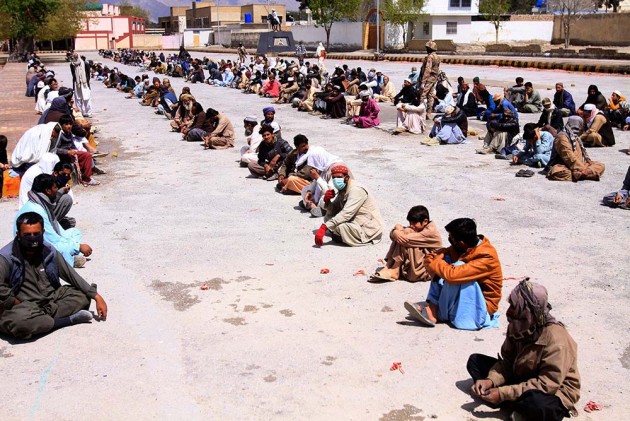 The total number of coronavirus cases in Pakistan has sharply increased to 4,601 with more than 280 fresh infections while the death toll reached 66, the health officials said on Friday.

The Ministry of National Health Services, in an early morning update on its website, reported that four patients died of coronavirus in the last 24 hours.

The total number of patients who died due to COVID-19 has reached 66. As many as 727 have recovered while 45 were in critical condition, it said.

The government announced various measures to meet the challenge of COVID-19, including cash payments to the most needy, which already started on Thursday and would continue for about three weeks until 12 million families were paid Rs 12,000 each.

Meanwhile, Pakistan President Arif Alvi has announced that a special prayer called 'Salaat-u-Tauba' (prayer for forgiveness) will be offered on Friday at Aiwan-e-Sadr or Presidential Palace with limited gathering.

The decision was taken in a meeting of Alvif with a delegation of Council of Islamic Ideology, led by Qibla Ayaz in Islamabad on Thursday.

Friday congregation were already stopped by the government.

Sindh government announced complete lockdown from 12-3 pm in order to stop people from going to mosques to attend Friday prayer in big congregations, according to information minister Nasir Shah.

Prime Minister Imran Khan will visit Peshawar on Friday, where he will be given a detailed briefing by the Khyber-Pakhtunkhwa government on the precautionary steps taken to curb the spread of the virus.

Centres have been set up across the country to support and provide relief to those affected by the virus.

Pakistan is making frantic efforts to tackle the pandemic.

Khan has warned the people to follow official guidelines on self-isolation or the virus would spread further.