The attack took place shortly after a police van arrived at the site to provide security to the people, offering prayers at the mosque. 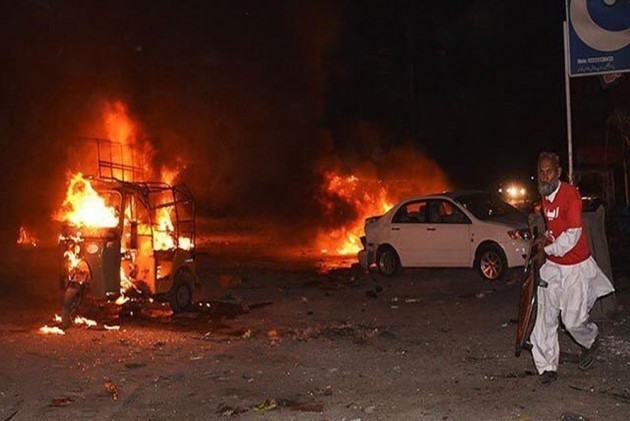 A powerful remote-controlled bomb blast near a mosque in Pakistan's Balochistan province has killed four policemen, injuring 11 others, the second major attack to rock the restive region in the last three days.

The explosion occurred on Monday night, when people were assembling for prayers near the mosque in the provincial capital Quetta's Satellite Town area.

The attack took place shortly after a police van arrived at the site to provide security to the people offering prayers at the mosque.

"The police vehicle carrying personnel for mosque security was targeted in the blast in which our four personnel of Rapid Response Group (RRG) lost their lives, while the condition of another was stated to be serious," said Quetta Deputy Inspector General (DIG), Razzaq Cheema.

Another 11 people were injured in the attack, Provincial Home Minister Ziaullah Langov said.

An improvised explosive device planted in a motorcycle went off close to the police van. Sources said unidentified people parked the explosive-laden motorbike near the mosque in Satellite Town area, and detonated it by remote control when the police van arrived there, the Dawn reported.

"Three police officials among the injured died soon after being brought here at the hospital," officials at a healthcare facility said.

Many vehicles parked in the area were damaged, and windowpanes of nearby buildings were shattered due to the powerful blast, though the mosque remained safe in the attack.

Security forces have cordoned off the area and launched a search operation to trace those involved in the blast.

The banned Tehreek-i-Taliban Pakistan has claimed responsibility for the motorcycle bomb blast targeting the police vehicle, the report said.

Khan has sought a report on the blast, and said the country was fully committed to completely eliminating terrorism.

The prime minister said those who target innocent people in the holy month of Ramazan did not have a religion.

The nation's spirit is strong and Pakistan is determined to do away with the menace of terrorism, he said.

"Efforts are being made to sabotage peace under a wicked conspiracy. Those creating instability would be fought back with full force," he said.

Vowing to improve the security arrangements, the chief minister also directed the concerned authorities to provide the best medical facilities to the wounded persons.