International Oracle To Be 'Trusted Tech Partner' In The US, Microsoft's Proposal Rejected

US Tiktok Deal: In an executive order signed last month, Trump had said that TikTok would be blocked in the US if it did not sell its US operations to an American company by September 20. 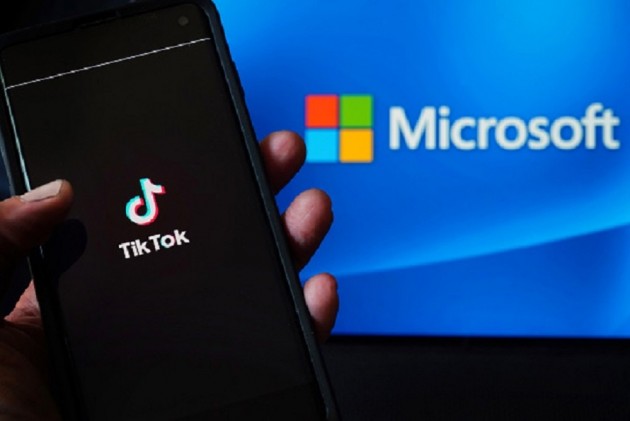 Satya Nadella-led Microsoft lost a bid to acquire TikTok in the US after the Chinese owner of the video-sharing platform chose Oracle to be its technology partner for its American operations, ahead of the September 20 deadline set by President Donald Trump that the popular app will be banned in the US if it isn’t sold to an American company.

Microsoft said in a statement on Sunday that the Chinese owner of TikTok ByteDance has informed it that “they would not be selling TikTok’s US operations to Microsoft".

“We are confident our proposal would have been good for TikTok’s users, while protecting national security interests. To do this, we would have made significant changes to ensure the service met the highest standards for security, privacy, online safety, and combatting disinformation, and we made these principles clear in our August statement. We look forward to seeing how the service evolves in these important areas,” Microsoft said.

A report in The New York Times said, it was unclear whether TikTok choosing Oracle as a technology partner would mean that the multinational computer technology corporation would also take a majority ownership stake of the social media app.

The Wall Street Journal said in a report, that Oracle is set to be announced as TikTok’s “trusted tech partner” in the US, and the deal is likely not to be structured as an outright sale.

“The next step is for the White House and the Committee on Foreign Investment in the US to approve the deal, said one of the people, adding that the participants believe it satisfies the concerns around data security that have been previously raised by the US government,” the WSJ report added.

In an executive order signed last month, Trump had said that TikTok would be blocked in the US if it did not sell its US operations to an American company by September 20. The Trump administration has said that TikTok and other Chinese apps are national security threats.

“But sale talks had been in a holding pattern because China issued new regulations last month that would bar TikTok from transferring its technology to a foreign buyer without explicit permission from the Chinese government. And any resulting deal could still be a geopolitical pinata between the United States and China," the NYT report said.

The report added that the Chinese regulations helped scuttle the bid by Microsoft, which had said in August that it would insist on a series of protections that would essentially give it control of the computer code that TikTok uses for the American and many other English-speaking versions of the app.

Microsoft said the only way it could protect the privacy of TikTok users in the United States and prevent Beijing from using the app as a venue for disinformation was to take over that computer code, and the algorithms that determine what videos are seen by the 100 million Americans who use it each month, the NYT report said.

Oracle has not yet disclosed what it would do with TikTok’s underlying technology, written by a Chinese engineering team in Beijing.

India was the first country to ban TikTok and WeChat, citing national security concerns. India has banned over 220 Chinese apps, a move welcomed by both the Trump administration and US lawmakers.

As tensions between the US and China escalated, TikTok had become the flash point between Washington and Beijing over issues of technology and privacy concerns.

The Trump administration had already banned the Chinese telecom giant Huawei from selling 5G networks and equipment in the US, citing the risk of a foreign power controlling the infrastructure on which all internet communications flow.

“Even if Oracle may try to close a deal, it is unclear whether Beijing would create new obstacles to the process. And election-year politics have hung over the negotiations from the start.

"Unlike many other technology companies, Oracle has cultivated close ties with the Trump administration. Its founder, Larry Ellison, hosted a fund-raiser for Mr Trump this year, and its chief executive, Safra Catz, served on the president’s transition team and has frequently visited the White House,” the NYT report said.

Last month, Trump had said he would support Oracle buying TikTok, calling Oracle a “great company” and said the firm, which specialises in enterprise software, could successfully run TikTok.

“I think that Oracle would certainly be somebody that could handle it,” Trump had said.

Trump has said that apps such as TikTok, WeChat and equipment maker Huawei pose a national security threat because data collected about users can be shared with the Communist Party-led Chinese government. The Chinese firms have denied this claim.

Two of ByteDance’s largest backers, Sequoia Capital and General Atlantic, have sought to retain their holdings in its valuable subsidiary while saving TikTok from a ban in the US. Both firms are represented on ByteDance’s board of directors. In late August, the firms teamed up with Oracle to bid against Microsoft.

Microsoft, meanwhile, had teamed up with Walmart to make its bid.