American economists Paul Milgrom and Robert Wilson are awarded the Nobel Prize in Economics for their work on auction theory. 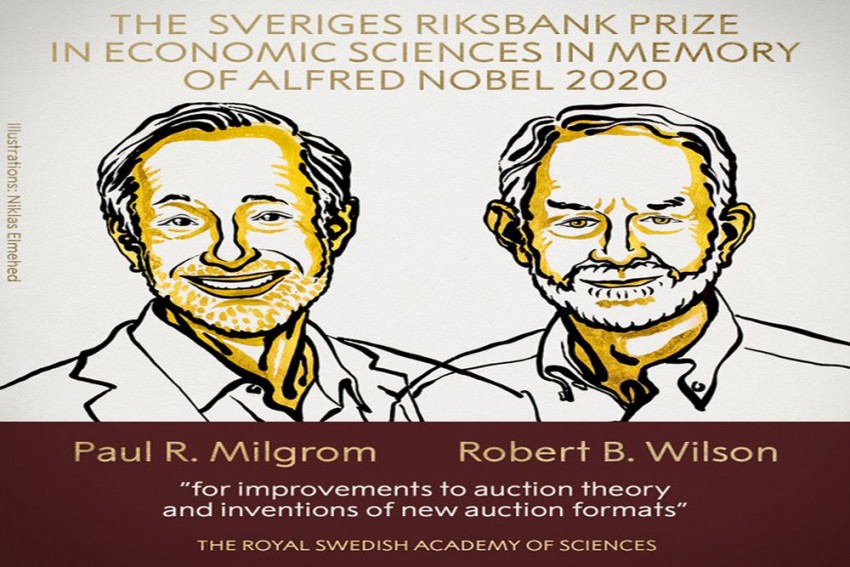 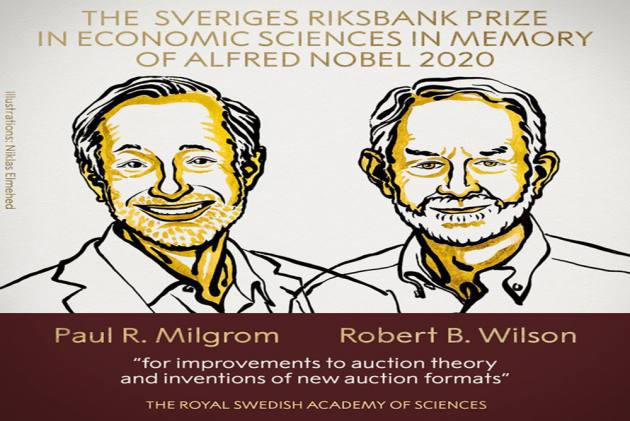 American economists Paul Milgrom and Robert Wilson have been awarded the 2020 Nobel Prize in economics for their contributions to auction theory. “Their discoveries have benefitted sellers, buyers and taxpayers around the world,” the Nobel Committee said.

Milgrom and Wilson, who are both professors at Stanford University in California, were recognized for theoretical discoveries that improved how auctions work. The duo has also designed auction formats for goods and services that are difficult to sell in a traditional way, such as radio frequencies.

"This year's Laureates in Economic Sciences started out with fundamental theory and later used their results in practical applications, which have spread globally. Their discoveries are of great benefit to society," said Peter Fredriksson, chair of the prize committee.

Wilson was once Milgrom's Ph.D. adviser and the duo also happen to be neighbours. In fact, The Guardian has reported that Milgrom couldn’t be roused from his sleep in the middle of the night, and was informed about the prize by Wilson, who came over to his place to share the news. Wilson himself almost missed the call from the Nobel committee. When his home phone rang in the early hours he unplugged it. So the Nobel committee called his wife, Mary instead, Stanford University reported.

The #NobelPrize committee couldn't reach Paul Milgrom to share the news that he won, so his fellow winner and neighbor Robert Wilson knocked on his door in the middle of the night. pic.twitter.com/MvhxZcgutZ

Technically known as the Sveriges Riksbank Prize in Economic Sciences in Memory of Alfred Nobel, the award was established in 1969 and is now widely considered one of the Nobel prizes. The two econonomists tackled the tricky problem of making auctions work efficiently. The committee said Wilson's work showed “why rational bidders tend to place bids below their own best estimate of the common value.”

One problem in auctions is the so-called winner's curse. If buyers are vying to purchase, say, fishing rights, they have to make bids without knowing what the price of fish will be in the future. They begin to worry that they will only prevail by overpaying, and they can respond by scaling back their offers. The problem is especially acute when some bidders have more information than others.

Wilson and Milgrom's research developed a solution to this curse and showed that a possible way out is for the seller to provide as much information as possible before the bidding begins, perhaps providing an independent appraisal of the value of the item being sold.

The duo also tackled the “snake in the grass strategy”, that is, the company keeping its interest in the item being sold secret for most of the auction and then making the winning bid at the last minute. “It's like sniping an eBay auction,” Wilson told AP, adding that they designed rules that force bidders to reveal their interest during the early auction stages.

Their research has had a big impact on the telecommunications industry, where private companies seek licenses from governments to use publicly owned radio frequencies for everything from mobile phone calls to internet payments.

Before the 1990s, the U.S. government essentially conducted “beauty contests'' to hand out the frequencies, letting companies make their case for getting the licenses. The approach encouraged aggressive lobbying but didn't raise much money for the Treasury. In 1994, the U.S. government turned to auctions. Milgrom and Wilson (with help from Preston McAfee) designed an auction format in which all the licenses were sold in one go. That format discourages speculators from buying up frequencies in a specific geographic area and then reselling them to big telecommunications companies seeking to patch together national or regional networks.

(With inputs from agencies.)