The crewed mission will be the first time since 2011 that American astronauts launch on an American rocket from American soil to the International Space Station. 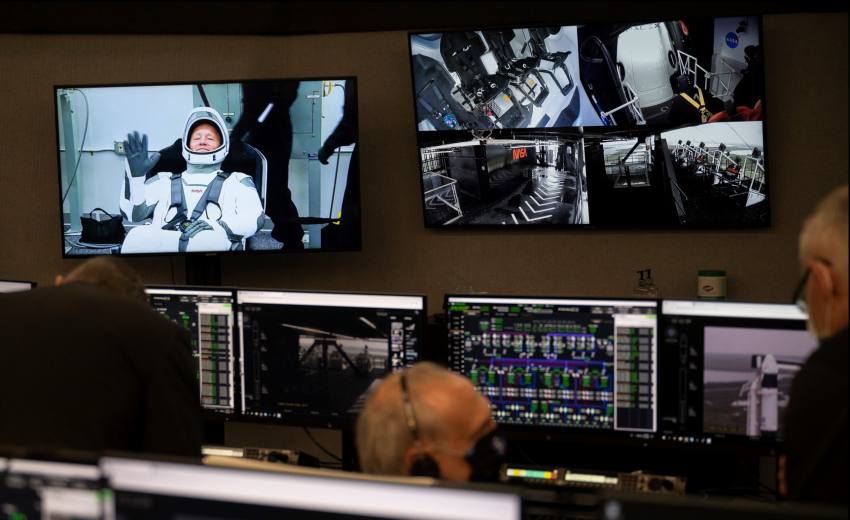 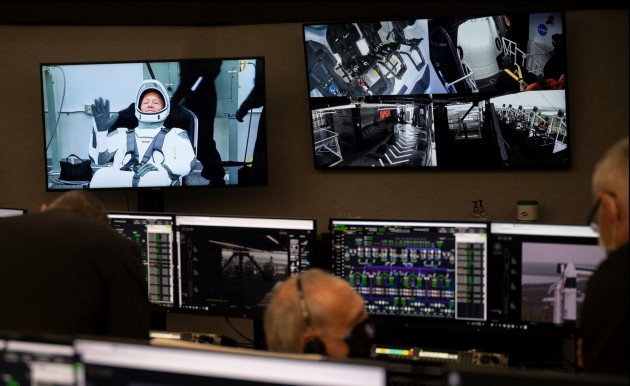 NASA and SpaceX postponed the historic launch of two astronauts to space from NASA's Kennedy Space Center in Florida on Wednesday due to bad weather.

"Due to the weather conditions, the launch is scrubbing," NASA tweeted.

Today’s launch was scrubbed due to weather. There were no issues with the @SpaceX Falcon 9 rocket and Crew Dragon spacecraft. The next launch attempt is Saturday, May 30 at 3:22 p.m. ET. #LaunchAmerica More photos from today: https://t.co/8due5jBg5Y pic.twitter.com/wvvd3WcnWz

The crewed mission will be the first time since 2011 that American astronauts launch on an American rocket from American soil to the International Space Station (ISS).

SpaceX said the launch was delayed due to unfavourable weather in the flight path.

The next launch opportunity is scheduled on Saturday, May 30 at 15:22 Eastern Time.

"No launch for today - safety for our crew members is our top priority," NASA Administrator Jim Bridenstine tweeted.

The countdown was halted less than 17 minutes before the SpaceX Falcon 9 rocket was due to lift off from historic Launch Complex 39A at the Kennedy Space Center.

Later the propellant has been offloaded from the rocket, the launch escape system has been disarmed, and the two astronauts safely exited the vehicle, according to NASA.

"As the egress team assists astronauts out of the capsule, we are looking at a 50 per cent chance of favourable weather for Saturday's launch," NASA tweeted.

The spacecraft is scheduled to dock to the ISS about 24 hours after launch.

After successfully docking, Behnken and Hurley will be welcomed aboard station and will become members of the Expedition 63 crew. They will perform tests on Crew Dragon in addition to conducting research and other tasks with the space station crew.

This is SpaceX's final test flight for NASA's Commercial Crew Program and will provide critical data on the performance of the Falcon 9 rocket, Crew Dragon spacecraft, and ground systems, as well as in-orbit, docking, and landing operations.

The test flight also will provide valuable data toward certification of SpaceX's crew transportation system for regular flights carrying astronauts to and from the space station.

US Congress Approves Sanctions On China Over Crackdown On Uighur Muslims