A Greek man said on Sunday he would have been the 150th passenger on the Nairobi-bound Ethiopian Airlines Boeing plane that crashed killing all on board, except he arrived two minutes late for the flight. 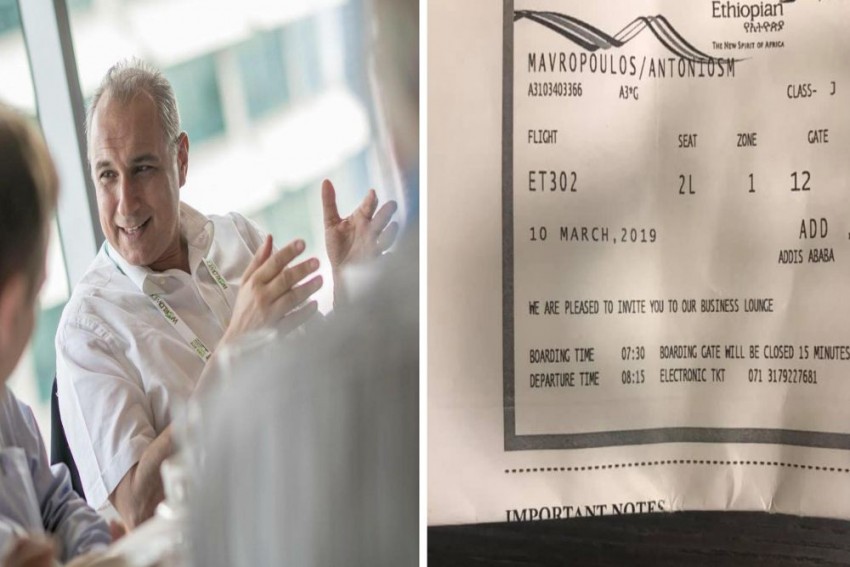 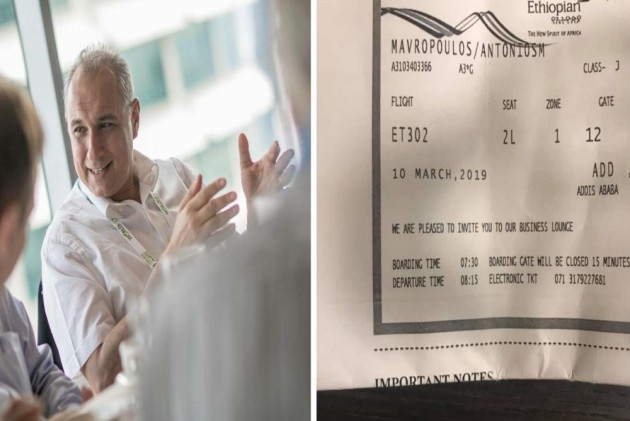 A Greek man said on Sunday he would have been the 150th passenger on the Nairobi-bound Ethiopian Airlines Boeing plane that crashed killing all on board, except he arrived two minutes late for the flight.

"I was mad because nobody helped me to reach the gate on time," Antonis Mavropoulos said in a Facebook post entitled "My lucky day" in which he includes a photo of his ticket.

Mavropoulos, president of the International Solid Waste Association, a non-profit organization, was travelling to Nairobi to attend the annual assembly of the UN Environment Programme, according to Athens News Agency.

He was supposed to board the plane but he reached the departure gate just two minutes after it was closed.

He booked a later flight but was then prevented from boarding by airport staff.

"They led me to the police station of the airport. The officer told me not to protest but to pray to God because I was the only passenger that didn't board the ET 302 flight that was lost," Mavropoulos said in his post in which he admits being in shock.

The airport authorities explained that they wanted to question him because he was the only passenger booked onto the doomed flight who wasn't on board.

"They said they couldn't let me go before cross-checking my identity, the reason I hadn't boarded the plane etc." The Nairobi-bound Boeing 737 crashed just minutes after an early-morning takeoff Sunday from Addis Ababa.

People holding passports from more than 30 countries were on board including a number of UN workers.

State-owned Ethiopian Airline had taken delivery of the Boeing 737-800 MAX plane on November 15. It was of the same type as a plane that crashed in October after takeoff from Jakarta, killing all 189 people on board.