An anti-terrorism court (ATC) in Lahore on Monday had granted pre-arrest bail to Saeed and three others in a case pertaining to the banned outfit's alleged illegal use of land for its seminary. 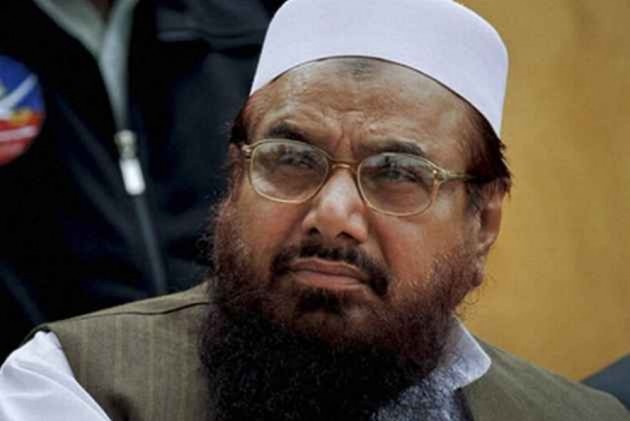 Mumbai terror attack mastermind and Jamat-ud-Dawah (JuD) chief Hafiz Saeed was arrested from outside his residence in Pakistan on Wednesday by the counter-terrorism unit, Geo TV reported. He has been remanded to judicial custody.

The Counter Terrorism Department (CTD) arrested Saeed while he was travelling from Lahore to Gujranwala. The CTD officials are expected to hold a news conference later in the day regarding the arrest.

He has been moved to an unknown location, they said.

"The main charge (against Hafiz Saeed) is that he is gathering funds for banned outfits, which is illegal," IANS quoted Punjab Chief Minister's spokesman Shahbaz Gill as saying.

The CTD has been directed to complete its investigation and submit a charge sheet to the court in the stipulated time.

The CTD, which registered the cases in five cities of Punjab, declared that the JuD was financing terrorism from the massive funds collected through non-profit organisations and trusts including Al-Anfaal Trust, Dawatul Irshad Trust, Muaz Bin Jabal Trust, etc.

These non-profit organisations were banned in April as the CTD during detailed investigations found that they had links with the JuD and its top leadership, accused of financing terrorism by building huge assets/properties from the collected funds in Pakistan.

The arrest comes two days after an anti-terrorism court (ATC) in Lahore granted pre-arrest bail to Saeed and his three aides in a case that pertains to the outfit's alleged illegal use of land for its seminary.

The ATC had granted interim bail to Saeed and his aides - Hafiz Masood, Ameer Hamza, and Malik Zafar - until August 31 against surety bonds of Rs 50,000 each.

On July 3, Pakistan's counter-terrorism department said JuD chief Saeed and 12 of his close associates were "booked" for "terrorism financing" in 23 cases, amidst mounting global pressure on Islamabad to act against terror groups involved in attacks in India.

It said the Jamaat-ud-Dawa chief and his aides used five trusts to "raise funds for terrorism financing".

India had, however, dismissed it as "cosmetic steps" by Pakistan. External Affairs Ministry Spokesperson Raveesh Kumar had said that it was an eyewash aimed at hoodwinking the international community on the issue.

Saeed's arrest comes just ahead of Pakistan Prime Minister Imran Khan's maiden visit to the US on July 21 during which he will hold talks with US President Donald Trump.

Trump has repeatedly asked Pakistan to abide by its UN Security Council commitments to deny terrorists safe haven and block their access to funds.

Saeed's arrest is also being seen as pressure on Pakistan in connection with its commitment to the Financial Act Task Force (FATF) whose next deadline is in October.

Since the Pakistan government has taken control of the JuD and the FIF properties including seminaries and mosques across the country following international pressure built up after the deadly Pulwama attack, Saeed was keeping a low profile at his Lahore's Jauhar Town residence.

He was even barred from entering the JuD headquarters in Lahore and Muridke.

According to officials, JuD's network includes 300 seminaries and schools, hospitals, a publishing house and ambulance service.

The Pakistani government had also recently arrested the JuD's second in command Abdul Rehman Makki, who is the brother-in-law of Saeed, on the charges of making a public speech and terror financing charges.

Saeed-led JuD is believed to be the front organisation for the Lashkar-e-Taiba which is responsible for carrying out the 2008 Mumbai attacks that killed 166 people.

Under pressure from the international community, Pakistani authorities have launched investigations into matters of the JuD and LeT regarding their holding and use of trusts to raise funds for terrorism financing.