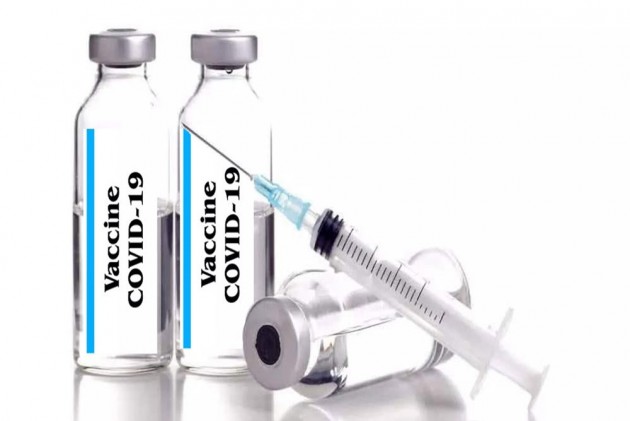 An 87-year-old man and his 83-year-old wife from the north east of England on Tuesday became the first Indian-origin couple in the world to get a vaccine against COVID-19, after they got injected with their first of two doses of the Pfizer/BioNTech jab at a hospital in Newcastle.

Dr Hari Shukla, a race relations campaigner based in Tyne and Wear, had been contacted by the National Health Service (NHS) based on the criteria set for the world's first vaccine to receive regulatory approvals in the UK last week.

His wife, Ranjan, then volunteered for the jab as she also falls within the first phase of people aged 80 and over, care home workers as well as NHS workers at high risk eligible to receive the "life-saving jab".

They join 90-year-old Margaret "Maggie" Keenan from Coventry as the very first in the world to receive her shot, followed by 81-year-old William Shakespeare in Warwickshire as the second.

"I’m so pleased we are hopefully coming towards the end of this pandemic and I am delighted to be doing my bit by having the vaccine, I feel it is my duty to do so and do whatever I can to help," said Shukla, who was born in Kenya and whose father hailed from Mumbai.

"Having been in contact with the NHS [National Health Service], I know how hard they all work and the greatest respect for them – they have a heart of gold and I am grateful for everything they have done to keep us safe during the pandemic," he said.

Shukla, who has been honoured with an MBE, OBE and CBE for his work as the Director of the Tyne and Wear Race Equality Council over the years, was notified by the NHS based on the criteria set by the UK’s Joint Committee on Vaccination and Immunisation as part of a phased rollout plan based on those at the highest risk of death from the deadly virus.

"Today marks a huge step forward in the UK’s fight against coronavirus, as we begin delivering the vaccine to the first patients across the whole country. I am immensely proud of the scientists who developed the vaccine, members of the public who took part in trials, and the NHS who have worked tirelessly to prepare for rollout,” said British Prime Minister Prime Johnson.

However, he struck a note of caution to warn that mass vaccination will take time and urged the public to remain "clear-eyed" and continue to follow the lockdown rules over the winter months ahead.

The NHS said it is undertaking the biggest and most highly anticipated immunisation campaign in history at 50 hospital hubs, with more starting vaccinations over the coming weeks and months as the programme ramps up after the first set of doses arrived from Pfizer's manufacturing site in Belgium.

"We will look back on today, V-day, as a key moment in our fight back against this terrible disease, and I am proud our health services across the United Kingdom are about to embark on our largest ever vaccination programme,” said Health Secretary Matt Hancock, who got teary eyed during television interviews on Tuesday as he declared he felt "proud to be British".

Since the Pfizer/BioNTech vaccine got the green light from the UK's Medicines and Healthcare products Regulatory Agency (MHRA) last week, the NHS said its workers have been working around the clock to manage the large-scale logistical challenge of deploying the vaccine.

"Coronavirus is the greatest health challenge in NHS history, taking loved ones from us and disrupting every part of our lives," said Sir Simon Stevens, NHS Chief Executive.

"The deployment of this vaccine marks a decisive turning point in the battle with the pandemic. NHS vaccination programmes which have successfully helped overcome tuberculosis, polio, and smallpox, now turn their focus to coronavirus. NHS staff are proud to be leading the way as the first health service in the world to begin vaccination with this COVID jab," he said.

The MHRA has stressed that the vaccine has been cleared for mass rollout only after "rigorous" safety tests despite the process being speeded up due to the urgency of finding an effective vaccine against a pandemic which has wreaked havoc around the world.

NHS national medical director, Professor Stephen Powis, has warned that the roll out of a vaccine will be a "marathon" not a sprint.

The Pfizer vaccine needs to be stored at -70C before being thawed out and can only be moved four times within that cold chain before being used. General Practitioners (GPs) and other primary care staff have also been put on standby to start delivering the jab on a phased basis.

Vaccination centres treating large numbers of patients in sporting venues and conference centres will subsequently start up when further supplies of vaccine come on stream, with a bulk of the rollout expected in the early part of the New Year.