The first images and footage shared on social media showed a tower of smoke coming out from the six-story building and rubble scattered in Toledo Street, near the city center. 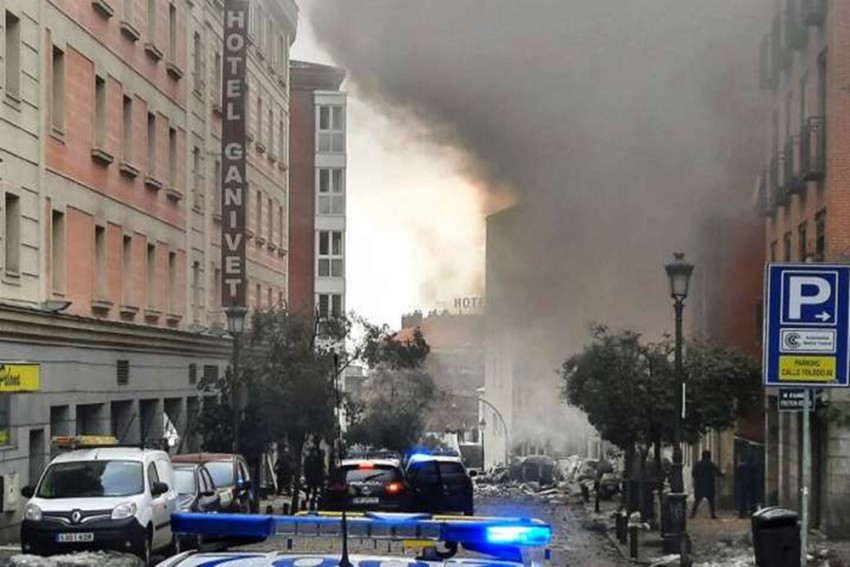 A powerful explosion apparently caused by a gas leak ripped the facade off a residential building in central Madrid on Wednesday, killing two people and injuring at least two more, according to the mayor.

The first images and footage shared on social media showed a tower of smoke coming out from the six-story building and rubble scattered in Toledo Street, near the city center. Emergency crews could be seen aiding several people on the ground.

Mayor Joss Luis Martínez Almeida confirmed the two deaths and two injuries to reporters as he visited the site and said that the initial assessment was that the blast was caused by a gas leak. The Madrid general vicar, Avelino Revilla, told Spain’s TVE that one person linked to the Catholic church occupying part of the building was still missing.

A fire that started inside the building is making more difficult for rescuers and firefighters to look for any other possible survivors, Martínez Almeida said.

A nearby nursing home was evacuated although no injuries were initially reported among the residents, Martínez Almeida said. He said the residents were being taken to a hotel across the street.

Martínez Almeida also said that some mild damage had been identified in a nearby school. Spain's public broadcaster, TVE, initially said the school was thought to have been empty, but the mayor later said that there were people there but they suffered no more than “scratches.”