Marshal Khalifa Haftar, a strongman declaring himself Libya's supreme leader, encircled Tripoli on April 4 with the apparent aim of sending a clear message to the international community, that his primary objective was to sabotage the current peace plan in place. 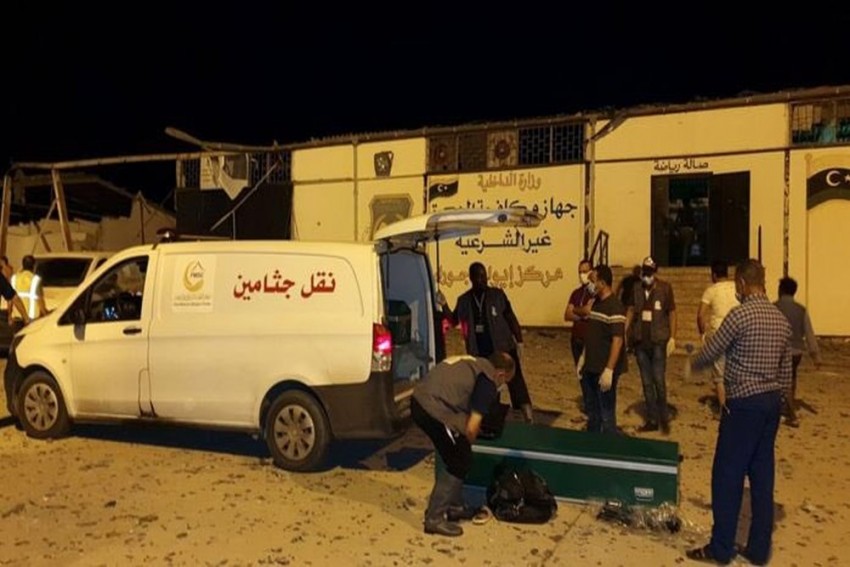 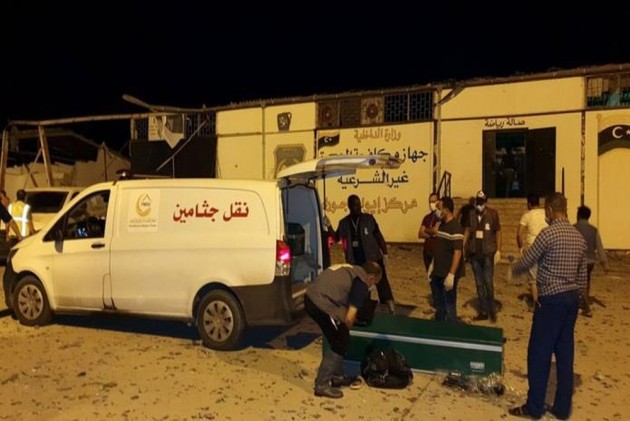 At least 40 migrants were killed and more than 80 injured in an alleged air strike by forces loyal to Marshal Khalifa Haftar, that hit a detention center in Libya's capital, a source within the UN-backed government said on Wednesday.

According to the source, the attack was carried out overnight by F-16 fighter-bombers taking part in Haftar's military advance toward Tripoli, reported Efe news.

"The relief teams are working at the site of the attack. There are dozens of victims," a spokesman for the 'Volcano of Rage' operation launched by the so-called Government of National Accord to beat back Haftar's onslaught on the capital region told Efe.

Haftar, a strongman declaring himself Libya's supreme leader, encircled Tripoli on April 4 with the apparent aim of sending a clear message to the international community, that his primary objective was to sabotage the current peace plan in place.

Since then, constant fighting has been taking place in the rural areas of southern Tripoli. The clashes have killed nearly 600 people, injured more than 5,000, and forced more than 30,000 families to leave their homes and become displaced.

The armed clashes have also severely affected thousands of migrants, mostly sub-Saharan Africans, who are in the vicinity of the capital waiting to attempt to illegally migrate to Europe, or who are being held in detention centers after failing to do so.

According to several GNA officials, Haftar has intensified bombing in response to the loss several days ago of the town of Gharyan, located some 100 kilometers (62 miles) from Tripoli, and the base that his troops used for the siege of the capital.

Libya is a failed state that was thrust into chaos and civil war, after NATO helped various rebel groups overthrow the long dictatorship of Col. Muammar al-Gaddafi.

Since 2015 it has had two competing governments, one supported by the UN in Tripoli, which barely controls the capital and some small towns in the west of the country, and the other led by Haftar, who controls the rest of the vast territory and most of the oil resources.

37-Year-Old Indian-Origin Truck Driver Arrested In US For Murdering Wife, Three Other Relatives