US President-elect Joe Biden also said Donald Trump was one of the 'most incompetent' presidents in US history. 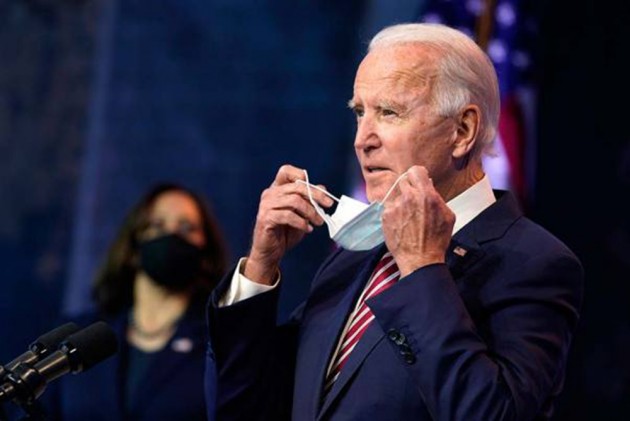 US President-elect Joe Biden lashed out at his predecessor and termed Donald Trump as one of the "most incompetent" presidents in US history.

His statement comes in the backdrop of Trump announcing that he will not be present at Biden’s Inauguration on January 20th. Trump will be the first incumbent president since Andrew Johnson to skip his successor’s inauguration.

“To all of those who have asked, I will not be going to the Inauguration on January 20th," Trump tweeted on Friday before Twitter suspended his account citing.
Reacting to Trump’s comments Biden said, “it's a good thing that he won’t be showing up”.

While Biden declined to comment on the possibility of impeaching Trump from office, he said the fastest way to ensure that Trump is removed from the White House will be his (Biden’s) inauguration on January 20.

"I have been saying for now well over a year he (Trump) is not fit to serve," Biden said. "He is one of the most incompetent presidents in the history of the United States of America and so the idea that I think he shouldn't be out of office yesterday is not the issue, he further added.

"The question is what happens with 14 days left to go or 13 days left to go and I think that what 81 million people stood up and said it is time for him to go and the United States Senate voted 93-6 to confirm that we should be sworn in. We were duly elected, so I think it is important we get on with the business of getting him out of office," Biden told reporters in Wilmington in Delaware.

"The quickest way that that will happen is us being sworn in on the 20th. What action happens before or after that is a judgment for the Congress to make, but that is what I am looking forward to, him leaving office," the president-elect said.

Biden further said Trump had clearly demonstrated and exceeded "even my worst notions" about him. "He has been an embarrassment to the country, embarrassed us around the world, not worthy, not worthy to hold that office," Biden said.