The self-reliant encampment is the heart of a protest movement that seeks the radical overhaul of Iraq's political system, and despite frequent power cuts, it never stops beating. 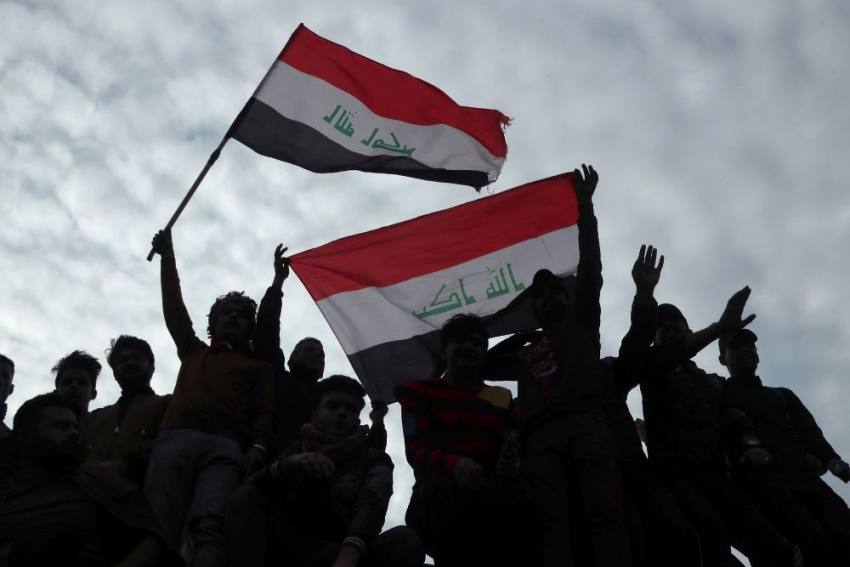 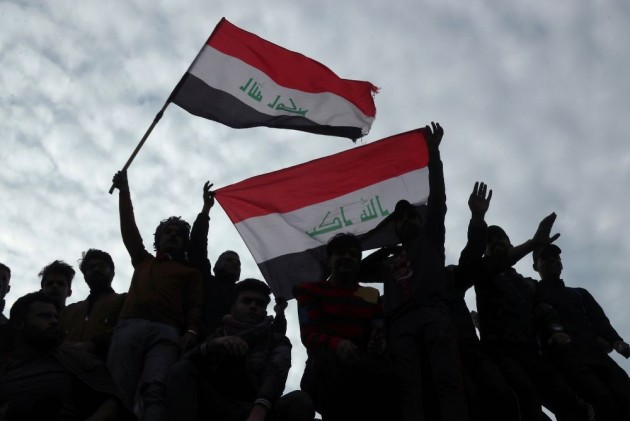 With border guards, clean-up crews and hospitals, Iraqi protesters have created a mini-state in Baghdad's Tahrir Square, offering the kinds of services they say their government has failed to provide.

"We've done more in two months than the state has done in 16 years," said Haydar Chaker, a construction worker from Babylon province, south of the capital.

Everyone has their role, from cooking bread to painting murals, with a division of labour and scheduled shifts.

Chaker came to Baghdad with his friends after the annual Arbaeen pilgrimage to the Shiite holy city Karbala, his pilgrim's tent and cooking equipment equally useful at a protest encampment.

Installed in the iconic square whose name means "liberation", he provides three meals a day to hundreds of protesters, cooking with donated foods.

In the morning he coordinates with the surrounding tents, dividing sacks of rice, sugar, flour and other ingredients then assigning meals, drinks and sandwiches for volunteers to prepare.

The self-reliant encampment is the heart of a protest movement that seeks the radical overhaul of Iraq's political system, and despite frequent power cuts, it never stops beating.

At the entrances to the square, dozens of guards like Abou al-Hassan man makeshift barricades, where men and women search incoming visitors.

"We Iraqis rub shoulders with the military from a young age, so we pick up a thing or two," said Hassan, dressed in camouflage fatigues.

"We don't need special training to detect saboteurs and keep them out... or to be able to defend our state," he added, alertly scanning the perimeter.

But on Friday, their "state" came under attack, when gunmen Iraqi authorities have failed to identify stormed a parking building occupied by protesters.

After the massacre that left 24 dead, protesters installed new checkpoints and closed an 18-storey building overlooking the square.

Infiltrated by intelligence agents and at the mercy of gunmen able to cross police and military roadblocks at will, protesters insist their mini-state remains committed to non-violence.

But in a country where the influence and arsenals of pro-Iran armed groups continue to increase, the protest enclave has forged an alliance with another of Iraq's states within a state.

When protests started in October, Ahmed al-Harithi "abandoned his job" as an obstetrician gynaecologist to protest and later to care for the injured.

He learned to coordinate with the paramedics and tuk-tuk drivers who ferried the wounded.

Soon, the doctors' and pharmacists' syndicates were organising a "mini-health ministry" in Tahrir, he said.

They coordinated with logistics cells to stock medication that was donated or bought at a discount from sympathetic pharmacies.

To light their clinics at night, protesters jerry-rigged connections to the municipal high-tension wires. During daily power cuts, they rely on purchased generators.

In front of the field clinics, as tuk-tuks zoom between clusters of protesters, dozens of volunteers sweep the pavement. Tahrir has never been so clean, protesters say, in contrast to its previous neglect by municipal workers.

Houda Amer has not been to class in weeks. Instead, the teacher spends her days painting the curbs and railings in the square.

"My weapon is my paintbrush," she said with a smile.

"Our revolution doesn't want to destroy everything," she said. "We are all here to build our nation."