Indonesian Woman Mauled To Death By Pet Crocodile In Sulawesi

An Indonesian woman has been mauled to death by a crocodile kept illegally at a farm in Sulawesi after she fell into its enclosure. 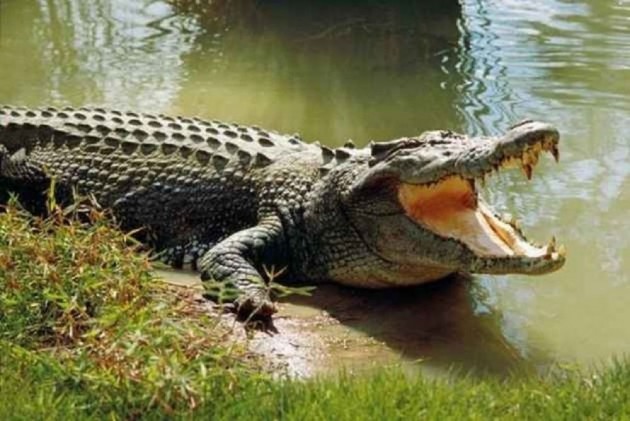 An Indonesian woman has been mauled to death by a crocodile kept illegally at a farm in Sulawesi after she fell into its enclosure, officials said.

Deasy Tuwo, 44, had reportedly been feeding the 700-kg reptile when the incident happened at the pearl farm where she worked. The crocodile is thought to have bitten off her arm and most of her abdomen in the January 10 incident, the BBC reported on Thursday.

The woman's body was discovered by her colleagues.

According to the report, the crocodile was kept illegally at the farm. It was relocated to a conservation site after the attack.

Hendriks Rundengan from the North Sulawesi Natural Resources Conservation Agency told the BBC that officials had tried to visit the facility several times in the past to remove the crocodile but had not been allowed in.

"We've come here a few times but the fences are always locked," he said on Wednesday.

The police were trying to track down a Japanese national who owns both the farm and the crocodile, the report said.