Ahead of her visit to Islamabad, US deputy secretary of state Wendy Sherman who is currently in Mumbai met with top Indian officials in New Delhi and reassured them of the US' commitment to fighting terror. 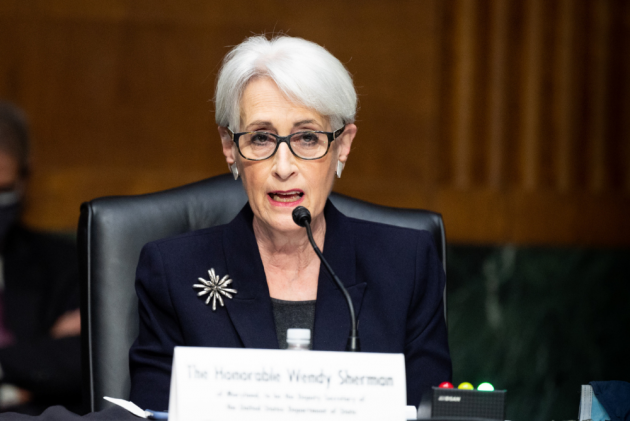 US deputy secretary of state Wendy Sherman will be in Mumbai today after holding talks with foreign secretary Harsh Shringla in the capital and calling on foreign minister Subramanyam Jaishankar and NSA Ajit Doval. In talks on Wednesday, Sherman and Shringla took stock of growing bilateral ties and discussed the regional situation. As expected, Afghanistan was on top of the agenda and New Delhi’s security concerns were highlighted by the top Indian official. Considering that Sherman’s next stop will be Islamabad, she took care to reassure India publicly. She explained Washington’s position after talks with the foreign secretary.

“We understand India’s concern about terrorism spilling over not only into India but to the entire region [from Afghanistan]...Our partnership on counterterrorism with India is part of that strong press to make sure that India’s security is first and foremost in our minds,” she said.

India and the US are on the same page on Afghanistan, with both countries insisting that the Taliban must do much more before getting international recognition.

'Pakistan Has Had It Both Ways': Former US NSA Advices Against Fresh Funding To Pakistan

In Mumbai, Sherman will meet business leaders and members of civil society. Delhi-Washington relations are multifaceted and growing by the day. Earlier this month, a bilateral alliance for women’s economic empowerment was announced. In the last week of September, India’s chief of defence staff, Bipin Rawat met with defence secretary Llyod Austin in Washington. The visit underscored the expanding defence ties and US efforts to modernise India’s defence forces to help narrow the gap with China’s military might in Asia. The defence foundational agreements signed by the two countries is to prepare India’s armed forces for greater institutional integration and operational compatibility with its US counterparts. Washington’s wooing of New Delhi began with the signing of the civil nuclear deal is aimed at countering China’s growing military power in the region. India is now a major US defence partner but is not a military ally. This suits New Delhi as an iron-clad defence agreement might limit its options.

From Mumbai, Sherman will fly to Islamabad, for the first senior-level visit of a senior US official. With Afghanistan remaining a major problem, the discussions will be centred largely on ensuring that Pakistan uses its influence to get the Taliban to keep to its commitments on inclusive government, women’s rights and actions to show that it will be a responsible member of the international community. Islamabad says it cannot dictate to the Taliban, at the most, it can give suggestions. While that is true, it is also a fact that Pakistan has leverage with the Taliban and its former spy chief Faiz Hameed was in Kabul to sort out the factional fight within the Taliban last month.

Commentary in the Pakistan press has said that Sherman will try to ensure that Islamabad does not recognise the Taliban government just yet. It must wait till other members of the international community are ready to do so. Unlike during the Taliban’s first stint in power when Pakistan, Saudi Arabia and the UAE were the only countries that recognised the Kabul government, this time Islamabad has not rushed to do so.

Despite excellent ties with China, Pakistan is looking to mend frayed relations with the US, which has taken a turn for the worse since the Biden administration came to power. President Biden has not yet made his first customary call to Prime Minister Imran Khan. That has rankled the PTI government as it looks to build bridges with the US. It now wants to break out from its earlier military ties and engage Washington in a wider economic sphere. How all this pans out remains to be seen. For now, it will be interesting to watch the sound bites that will emanate from Islamabad and Washington during the Sherman visit.