Mehul Choksi has alleged that his ‘friend’ Barbara Jabarica abducted him by deploying musclemen claiming to be Antiguan Police and mercenaries looking like Indians. 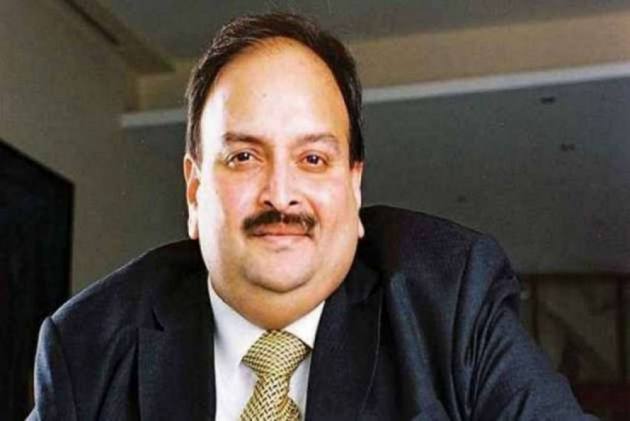 Fugitive Indian businessman Mehul Choksi, who is currently under police custody in Dominica, has alleged that his "friend" Barbara Jabarica had abducted him from Antigua and Barbuda.

On May 25, officials in Antigua and Barbuda had announced that Choksi had disappeared in the country and that a search operation was underway to nab him. Hours later he was held by officials in Dominica for illegal entry.

In a complaint filed in Dominica, Choksi has alleged that Jabarica abducted him from Antigua and Barbuda by deploying musclemen claiming to be Antiguan Police and mercenaries looking like Indians.

The police have started the investigation after receiving a complaint from Choksi, Antigua Prime Minister Gaston Browne said.

In his complaint to the Royal Police Force of Antigua and Barbuda accessed by PTI, Choksi has named Jabarica, Narinder Singh and Gurmit Singh besides other unidentified people as accused.

Choksi has alleged that Jabarica who had developed "friendly terms with him" over the past year was an "integral part" of his abduction purportedly orchestrated by musclemen claiming to be Antiguan Police and mercenaries looking like Indians.

The absconding businessman, wanted in Rs 13,500 crore banking scam in India, is getting treatment under detention at the Dominica China Friendship Hospital, Roseau.

Choksi has also alleged that he was invited by Jabarica to her home at Marina in Antigua on May 23 at around 5 pm.

The diamantaire claimed she used to reside opposite his residential complex in Jolly Harbour, before moving to Coco Bay Hotel, and had developed friendly terms with his staff and even accompanied him on walks regularly.

"On May 23, 2021, she requested that we deviate from our normal schedule of meeting in a public place directly, and asked me to pick her up at her house, which is located on the road next to the Marina, numbered as 407," he said.

Choksi alleged that when he went to her house she asked him to wait inside as she would finish her wine before going out.

While he was waiting, 8-10 musclemen claiming to be Antiguan Policemen barged in and beat him to a pulp, took his wallet, Rolex watch, mobile phone, and tased him before handcuffing, gagging and blindfolding him, the businessman claimed.

Choksi said they told him that if tried to resist he would be booked for "obstruction of justice".

He alleged that they bundled him on a wheelchair in a comatose state and took him through the backside of Jabarica's residence on a small watercraft.

"The manner in which Jabarica conducted herself, including by not helping me get free from the said persons and her subsequent lack of initiative in contacting the police clearly points to the fact that she was an integral part of this entire scheme to kidnap me," Choksi alleged.

He claimed that he was then transferred on a bigger vessel where two Indian men who looked like highly experienced mercenaries or contractors "hired specifically for this purpose of detaining and abducting me in such a brutal and unlawful manner" and three men of Caribbean decent were present.

The Indian men told him that he was under surveillance for over an year with meticulous details of his schedule maintained by them. He was then grilled about his off shore account, money, and bank accounts, Choksi claimed.

Choksi alleged he was made to speak to a person named Narinder Singh who claimed to be in-charge of the operation.

Singh allegedly pressurised him to co-operate with the captors and state that he had accompanied them on his own free volition which of course was not true, Choksi alleged.

"Upon hearing me resist, he threatened me by promising that physical harm would befall upon me and my family if I did not comply. He also said to leave my friendship with Barbara Jabarica out of the picture as it would lead to a public scandal and cause grievous hurt to my wife," the complaint alleged.

Choksi alleged that after nearly 15-17 hours, the boat stopped at around 9.30-10 am Antiguan time and he was told that the destination had arrived.

"I was told that I had been brought to this special location to give an interview to a high ranking Indian politician," Choksi alleged.

Choksi claimed he was told that his citizenship would be “fixed” in Dominica and he would soon be repatriated to India.

The purported plan hit a roadblock as Dominica was closed and we had to stay on the boat all day, claimed the fugitive businessman.

"This caused much dismay amongst the crew members as they were constantly getting radio calls enquiring as to why my ‘operation’ had not yet been completed. They were getting harried as they were supposed to have handed me over to the ‘authorities’,” Choksi alleged.

Choksi said 1500 dollars robbed from him were given to the boatman claiming that after the interview, he would take him back to Antigua.

However, there was a "change of plan" and Choksi was told that he would be handed over to Dominican Coast Guard. After a long wait, the Dominican Police chief along with the coast guard informed him that he was caught because of an Interpol Red Notice.

At the port, Choksi was handed over to an officer who took him to the Central Police Station. Choksi claimed he was not allowed to call his legal team, refused any change of clothes and denied medical treatment at the police station.

"Looking back, I have no doubts that the agents if given enough reason and opportunity, would have not thought twice before killing me. They seemed detached from the realm of law and procedures,” he said.

According to Choksi, the only way those agents could have had access to some private information regarding his household and schedule, would be through their co-conspirator Barbara Jabarica.

After he was given access to his lawyers in Dominca, they filed a habeas corpus petition before the high court which had adjourned the hearing.

He was also brought before a Roseau magistrate, on the orders of high court, to answer charges of illegal entry where he pleaded not guilty but was denied bail.