The new regulation banning any form of face covering was announced a week after the coordinated blasts hit three churches and three luxury hotels, killing over 250 people and inuring more than 500 others in Sri Lanka 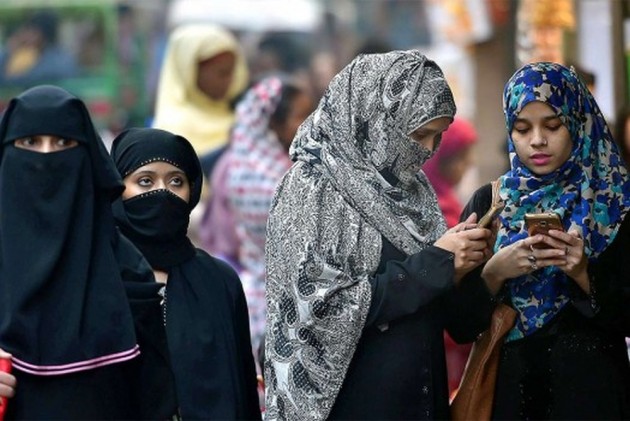 Under new regulations announced by President Maithripala Sirisena who used emergency powers in the wake of the Easter Sunday bombings, Muslim women in Sri Lanka will not be allowed to wear any form of face veils in public from Monday.

The new regulation banning any form of face covering was announced by the President on Sunday, a week after the coordinated blasts hit three churches and three luxury hotels, killing over 250 people and injuring more than 500 others.

It specifically mentions "any face garment which hinders identification".

"The ban is to ensure national security... No one should obscure their faces to make identification difficult," Sirisena's office said in a statement.

He took steps under the emergency regulation to prohibit the use of face coverings of all sorts which is an obstacle to ensure the identity of the people and a threat to national and public security.

The order clarifies that the key criterion for establishing the identity of a person is the need to clearly expose the face.

The President has taken this decision to establish a peaceful and cohesive society which does not inconvenience any community people as well as ensure national security.

The presidential communique, however, makes no mention of niqab and burqa.

The government was contemplating the move to ban both niqab and burka. They sought cooperation from the Muslim clerics some of whom issued statements that both must be refrained from wearing in view of the current volatile security situation.

"We have permitted people to leave their homes with faces uncovered as means to cooperate with the security forces," Fazil Farook, a spokesman for Jamiyyathul Ulema, or the Muslim theologists' body, said.

There has been a public demand to ban the niqab and burka following the bomb attacks.

Hijab, niqab, burka are different kinds of coverings worn by Muslim women all over the world.

The hijab covers the head and neck but leaves the face clear. The niqab is a veil for the face that leaves the area around the eyes clear and burka is a one-piece veil that covers the entire face, leaving just a net screen to see through.

Muslims account for 10 per cent of the population and are the second-largest minority after Hindus. Around seven per cent of Sri Lankans are Christians.

Nine suicide bombers carried out a series of devastating blasts that tore through three churches and three luxury hotels on the Easter Sunday, killing 253 people.

It was reported that at least three women suicide bombers had been involved.

Sri Lanka on Saturday banned the NTJ and a splinter group linked to the ISIS.

According to Sri Lanka's Foreign Ministry, the number of foreign nationals who have been identified as killed remained at 40, including 11 from India.

Sri Lanka has a population of 21 million which is a patchwork of ethnicities and religions, dominated by the Sinhalese Buddhist majority.