Health authorities found residents dehydrated, unfed for days and lying listless in bed, some covered in excrement in the long-term care home 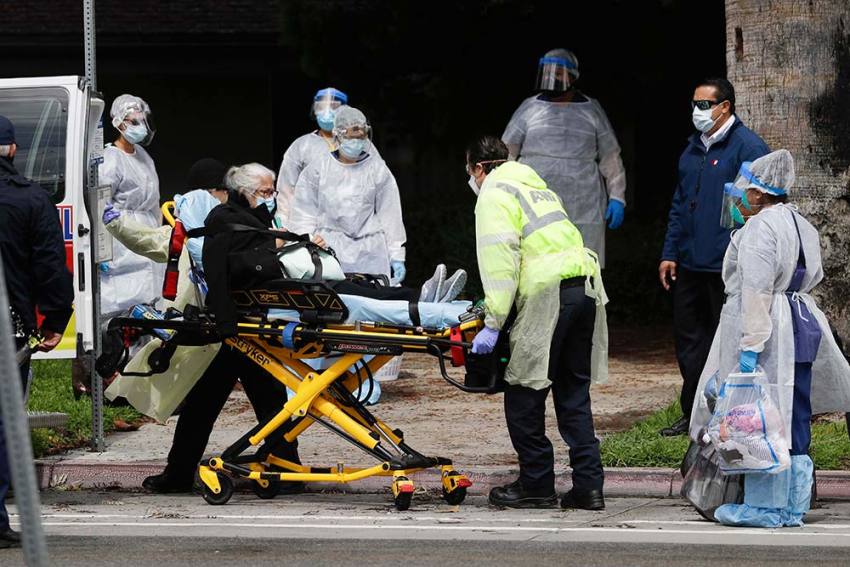 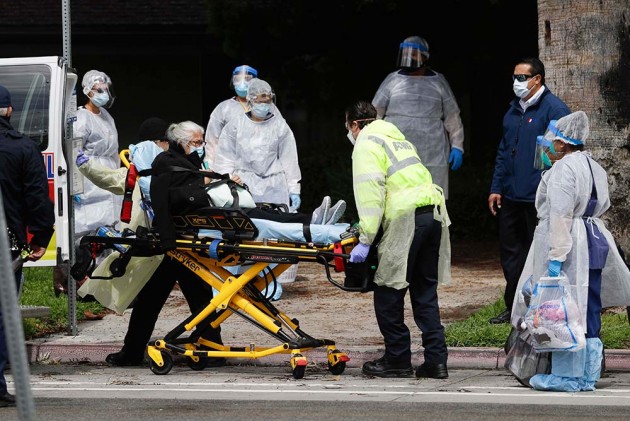 Elderly residents left soiled and unfed after their caregivers fled the premises, 31 deaths in the space of a few weeks: a nursing home in Montreal has become the symbol of the terrible toll coronavirus is taking in Canada's long-term care homes.

The bleak situation discovered at the Residence Herron, in the Montreal suburb of Dorval, has triggered an investigation for gross negligence and a national reckoning about the conditions in long-term care homes which account for half the country's more than 1,250 COVID-19 deaths.

"All of a sudden these questions started flying through my head, 'What could we have done differently? Why did nobody tell us?... Why, why, why?'" Called to the rescue after most of the staff deserted the facility, health authorities found residents dehydrated, unfed for days and lying listless in bed, some covered in excrement. Others had fallen to the floor. Two deaths had gone unnoticed for several days.

At least five of the 31 recent deaths at the home have been officially attributed to the virus, with the others still being investigated by a coroner.

From her home in Creighton, Saskatchewan, Davis said she became concerned about her 96-year-old father, who is believed to have contracted coronavirus a week before his death, as he sounded weaker and weaker on the phone each time they spoke.

Davis says Residence Herron is a "poster child for what is wrong in our senior health care" -- but she is also certain it is not unique.

"There are other homes, I am sure, in every country of the world, where families have experienced a similar situation." "It scares me, it terrifies me to think that I am 60 years of age, and I may someday end up in one of these homes."

In announcing the fatalities this week, Quebec Premier Francois Legault said it appeared to be a case of "gross negligence": just two nurses had been left to care for 130 elderly residents.

Further fuelling public outrage, Canadian media also revealed that the home's owner had once been convicted of drug trafficking, fraud and tax evasion.

For families, shock and anger mixed with the frustration of having been powerless to do anything, kept away by a ban on visits to the home to avoid contamination.

Local health authorities have now taken control of the facility, and a Can$5 million class action has been launched against the owner alleging "inhumane and degrading maltreatment" for failing to ensure continued and adequate care.

"On April 7, my mother was left in her wheelchair with a full, soiled diaper for three hours because no one responded" to the emergency button and her cries for help, Peter Wheeland told AFP, adding that she had diarrhea, one of the symptoms of the new coronavirus.

"We weren't able to communicate with anyone: We called the nurses' station, we left messages, we did everything we could do to reach them and there was no answer," he said, recalling being overcome with fear "that my mother could suddenly die." Connie Wheeland has since been transferred to a hospital where she was diagnosed with COVID-19. She will not return to Herron.

Rather than continue to pay the home Can$45,000 each year, once she recovers her son plans to set her up in an apartment and hire a private nurse to care for her.

From the parking lot of the facility, Maxime Jacques, 35, along with his sister, wife and children, wave to his mother Jacqueline -- who from her room on the second floor can just see the sign they have hung on a fence: "We love you grandma."

"We feel a little let down," says Jacques, who is still trying to find out more from staff about the 86-year-old's health condition.

The dire situation uncovered at the Residence Herron has come as little surprise for experts, who point to decades of insufficient funding for senior care -- where the work is tough, and the pay rarely above minimum wage.

Responding to public outrage, Legault has called for health care workers to help feed, wash and tend to elderly residents at long-term care facilities across the province, where the staff shortage is estimated at 2,000 people. He also topped up the pay of care workers.