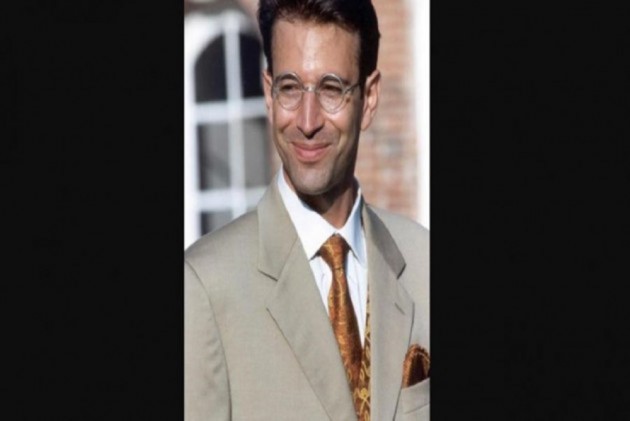 The US move comes just days after the Supreme Court of Pakistan ordered the release of Omar Saeed—the main suspect in the Danial Pearl murder case.

Pearl, the late 38-year-old South Asia bureau chief for The Wall Street Journal, was abducted and beheaded while he was in Pakistan in 2002. At the time, Pearl was investigating a story on the links between the country's powerful spy agency ISI and al-Qaeda.

"Blinken and Qureshi discussed how to ensure accountability for convicted terrorist Ahmed Omar Saeed Sheikh and others responsible for the kidnapping and murder of American journalist Daniel Pearl,” Price said in a readout of the call.

In addition, Blinken and Qureshi discussed the importance of continued US-Pakistan cooperation on the Afghan peace process, support for regional stability, and the potential to expand our trade and commercial ties, Price said.

The Pakistan Foreign Office said in a statement that the two leaders discussed “recent developments in the Daniel Pearl case” and Qureshi “underscored that it was important and in the mutual interest that justice is served through legal means.”

Qureshi also congratulated Secretary Blinken on assuming his office, underscoring Pakistan’s commitment to forging a comprehensive partnership with the United States based on the convergence of interests on a whole range of issues, it said.

Qureshi told Blinken that peace in Afghanistan through a negotiated political settlement was one of the fundamental convergences between the two countries.

He said it was essential to have a reduction in violence leading to the ceasefire and to work towards securing an inclusive political solution in Afghanistan.

Qureshi also said Pakistan had facilitated the Afghan peace process and remained committed to working with the United States as a partner for peace, the Foreign Office said.

Qureshi and Blinken also agreed to remain engaged and work together on advancing the two countries’ bilateral agenda and promoting common interests in the region and beyond, it said.
A day earlier, Blinken expressed concern over the Pakistan Supreme Court’s decision of acquitting those involved in the sensational kidnapping and murder of Pearl and said that the judgement is an affront to terrorism victims everywhere.

In a strongly-worded statement, Blinken urged Pakistan to explore all legal options to ensure that the killers of Pearl are brought to justice.

“The United States is deeply concerned by the Pakistani Supreme Court’s decision to acquit those involved in Daniel Pearl’s kidnapping and murder and any proposed action to release them,” he said.

Pakistan's Supreme Court on Thursday dismissed appeals against the acquittal of British-born al-Qaeda terrorist Ahmed Omar Saeed Sheikh in the kidnapping and murder case of Pearl and ordered his release, a judgement denounced by the American journalist's family as 'a complete travesty of justice.'

Sheikh and his three aides - Fahad Naseem, Sheikh Adil and Salman Saqib - were convicted and sentenced in the abduction and murder case of Pearl in Karachi in 2002.

Blinken said: “Ahmad Omar Saeed Sheikh was indicted in the United States in 2002 for hostage-taking and conspiracy to commit hostage-taking, resulting in the murder of Pearl, the South Asia Bureau Chief for the Wall Street Journal, as well as the 1994 kidnapping of another United States citizen in India”.

The court’s decision is an affront to terrorism victims everywhere, including in Pakistan, he said.

“We expect the Pakistani government to expeditiously review its legal options to ensure justice is served. We take note of the Attorney General’s statement that he intends to seek review and recall of the decision. We are also prepared to prosecute Sheikh in the United States for his horrific crimes against an American citizen,” Blinken said.

The United States is committed to securing justice for Pearl’s family and holding terrorists accountable, he said.

Pearl's murder took place three years after Sheikh, along with Jaish-e-Mohammad chief Masood Azhar and Mushtaq Ahmed Zargar, was released by India in 1999 and given safe passage to Afghanistan in exchange for the nearly 150 passengers of hijacked Indian Airlines Flight 814.

He was serving a prison term in India for kidnappings of Western tourists in the country.

A three-judge bench of Pakistan Supreme Court led by Justice Mushir Alam on Thursday dismissed the Sindh government's appeal against the Sindh High Court's (SHC) decision to overturn the conviction of Sheikh in the Pearl murder case. The beheading of the American journalist in 2002 had grabbed international headlines.

The court ordered that three others, who had been sentenced to life in prison for their part in Pearl's kidnapping and death, also be freed.