Any attempt by Dhaka to join the US-led, India-Australia-Japan grouping (commonly known as Quad) will ‘substantially damage’ its ties with Beijing, Chinese ambassador Li Jiming said 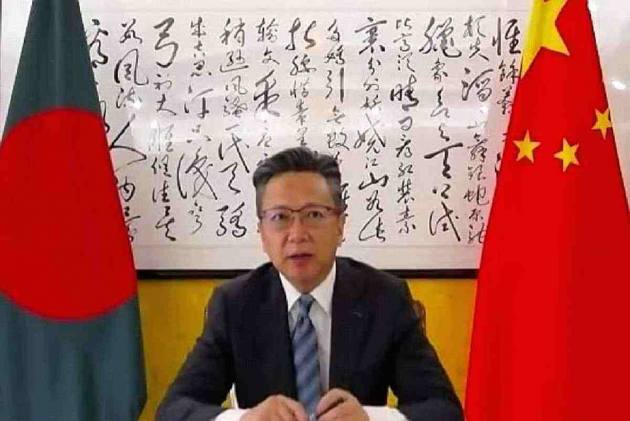 China is stepping in to fill the Covid vaccine gap in Bangladesh. Half a million doses of the China produced Sinopharm will be reaching Dhaka on Wednesday. The consignment, according to Chinese ambassador Li Jiming, was a “special gift” to Bangladesh from the people of China. He made the announcement during a virtual meeting with members of the Diplomatic Correspondents Association, Bangladesh (DCAB).

"It's the latest outcome of China-Bangladesh anti-pandemic cooperation which again shows that our two peoples are in the same boat and we will stand with each other till the end of this battle," Li announced. “It shows the faith put in China by Bangladesh, and it will surely mean a lot to our future cooperation,” he added.

Ambassador Li appears to be one of China’s wolf warriors, the aggressive Chinese diplomats unlike the old school reticent back-door boys. The wolf warriors are a reflection of a new age, confident China under Xi Jinping's leadership. During a question-and-answer session where he took on several issues, the ambassador warned Bangladesh over joining the US-led, India--Australia-Japan grouping, which China regards as an anti-Beijing military pact. He warned that any attempt by Bangladesh to join the Quad would “substantially damage’’ ties with Beijing.

Is China Sending Out Mixed Signals To India?

There is no move at the moment, for expanding quad to include South Asian neighbours. In fact, there has been no talk of Bangladesh being part of the Indo-Pacific quad initiative. The UK and a few other European countries have shown an interest in joining the quad. However, for now there is no move to enlarge the four-member group, which closely co-ordinates with ASEAN.

This was just a remark made by the Chinese ambassador during the course of a conversation focussed on the pandemic.

Asian rivals India and China had both reached out a helping hand to the neighbours and tried to promote competitive vaccine diplomacy. But India’s ill-planned efforts had to be abandoned considering its sad domestic plight.

The Narendra Modi government’s mismanagement of the pandemic has had repercussions on Bangladesh, Nepal, and Sri Lanka, which had relied on Indian supplies. Having preferred to get the doses from India over China, these countries now have no choice but to opt for Sinopharm.

Bangladesh has started its vaccination program in late January when India gifted three million doses of AstraZeneca to Dhaka. But the vaccination drive literally came to a halt when India stopped exports following the deadly surge in the country. Bangladesh had originally booked its supplies from the Pune-based Serum Institute of India (SII), which was to manufacture the OxfordAstranzeca vaccine. The contract for 30 million doses of the vaccine was signed in 2020.

Under the terms of the contract, Dhaka was to receive five million doses of Covishield shots every month from January to June this year. Bangladesh like Nepal, had paid for the vaccines. However, SII could provide just seven million doses in the first two months. India later banned exports because of the sudden spike of cases in the country.