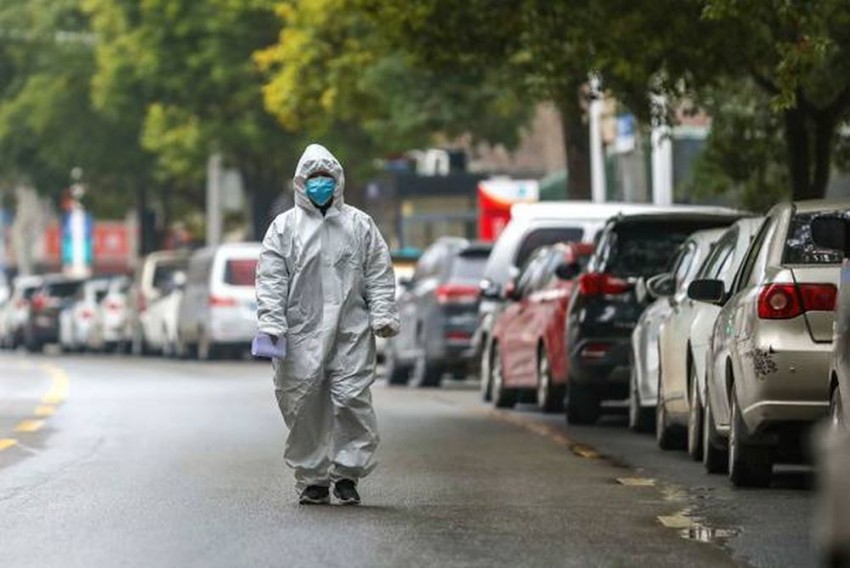 China on Tuesday decided to lift the three-month lockdown on more than 56 million people in the central Hubei province, the epicentre of the deadly coronavirus outbreak, on Wednesday amid warnings by experts of a looming second wave of the COVID-19 infections in the country due to the steady rise in "imported cases".

Wuhan, the central Chinese city where the virus cases were first detected in December last year on Monday reported one new confirmed case of the COVID-19 after reporting zero cases for five consecutive days.

Residents currently living in other parts of Hubei province will be able to travel with a green health code starting Wednesday, according to a government notice, state-run People's Daily reported.

China to lift travel curbs of coronavirus-hit Hubei province on March 25 and to end lockdown of Wuhan on April 8, the official media reported.

The Hubei Health Commission announced on Tuesday that residents of Wuhan would be allowed to travel outside the city starting April 8 in a bid to resume the outbound movement of people, state-run CGTN TV reported.

Hubei, however, saw seven new deaths, all of which were in Wuhan, bringing the total number of deaths in the province to 3,160.

The province still has 4,200 patients being treated in hospitals of which 1,203 were still in severe condition and another 336 in critical condition, according to China's National Health Commission (NHC).

On Tuesday, the NHC reported 78 new confirmed cases, including 74 imported infections, while the death toll from the novel coronavirus increased to 3,277 after seven more fatalities.

The overall confirmed cases on the Chinese mainland have reached 81,171 on Monday. This included 3,277 people who died of the disease, 4,735 patients who were still being treated and 73,159 patients discharged after recovery, the NHC said on Tuesday.

Also on Monday, seven deaths and 35 new suspected cases were reported on the mainland with all the deaths in Hubei Province.

According to the Johns Hopkins coronavirus tracker, the death toll from the virus globally has risen to 16,559 with 381,598 cases reported in 168 countries and territories.

Unproven Coronavirus Drugs Could Be 'Gift From God': Donald Trump