China Lashes Out At Taiwan Over Hong Kong Asylum Offer

The government of Taiwan, a self-ruled island that China considers its own territory, strongly supports the protests, and Hong Kong students in Taiwan held events over the weekend expressing their backing. 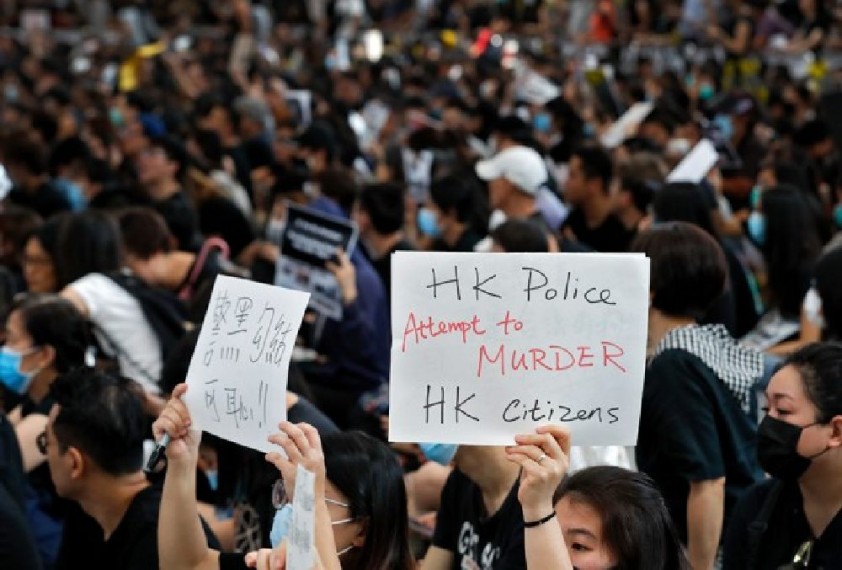 Protesters hold up placards as they take part in a sit-in protest at the arrival hall of the airport in Hong Kong. Hong Kong police showed off water cannons as pro-democracy street protests stretched into their 10th week with no sign of either side backing down.
Photo: AP
Associated Press (AP) August 19, 2019 00:00 IST China Lashes Out At Taiwan Over Hong Kong Asylum Offer 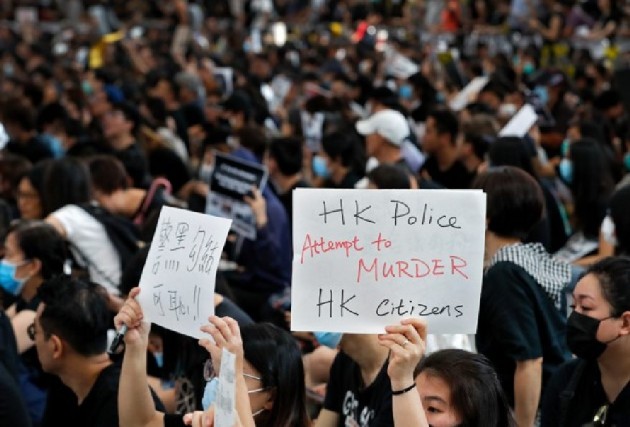 China lashed out at Taiwan on Monday over its offer of political asylum to participants in Hong Kong's pro-democracy protest movement, a day after hundreds of thousands of people marched peacefully in the latest massive demonstration in the Chinese territory.

The government of Taiwan, a self-ruled island that China considers its own territory, strongly supports the protests, and Hong Kong students in Taiwan held events over the weekend expressing their backing. Taiwan's president made the asylum offer last month, though it's not clear if requests have been received.

Taiwan lacks a formal legal mechanism for assessing and granting asylum requests, although it has granted residency to several vocal opponents of the Chinese government.

On Monday, Ma Xiaoguang, spokesman for the Chinese Cabinet's Taiwan Affairs Office, said Taiwan's offer would "cover up the crimes of a small group of violent militants" and encourage their "audacity in harming Hong Kong and turn Taiwan into a "heaven for ducking the law."

Ma demanded that Taiwan's government "cease undermining the rule of law" in Hong Kong, cease interfering in its affairs and not "condone criminals."

Organisers said at least 1.7 million participated in Sunday's Hong Kong rally and march, although the police estimate was far lower.

Police said the protest was "generally peaceful" but accused a large group of people of "breaching public peace" afterward by occupying a major thoroughfare and using slingshots to shoot "hard objects" at government headquarters and pointing lasers at police officers.

The protests have at times been marked by violent clashes with police, who say they have arrested more than 700 participants since the demonstrations started in June. However, law enforcement officers kept a low profile Sunday, with no riot police seen from the procession's main routes.

When stragglers convened outside a government complex in the late evening, other protesters urged them to go home.

Demonstrators' frustrations over what they perceive to be the government's blatant refusal to respond to their demands boiled over last week with the occupation of Hong Kong's international airport, during which a reporter for a Chinese Communist Party-owned newspaper was assaulted, and attacks on a number of police stations.

A former British colony, Hong Kong was returned to Beijing in 1997 under the framework of "one country, two systems," which promised residents certain democratic rights not afforded to people in mainland China. But some Hong Kongers have accused the Communist Party-ruled central government of eroding their freedoms in recent years.

The protest movement's demands include the resignation of Hong Kong leader Carrie Lam, democratic elections and an independent investigation into police use of force.