China said the four-point action plan included consolidating the consensus on unity and fight against the Covid-19 pandemic, avoiding politicisation of the coronavirus and firmly supporting the WHO in playing its due role to jointly building global health community. 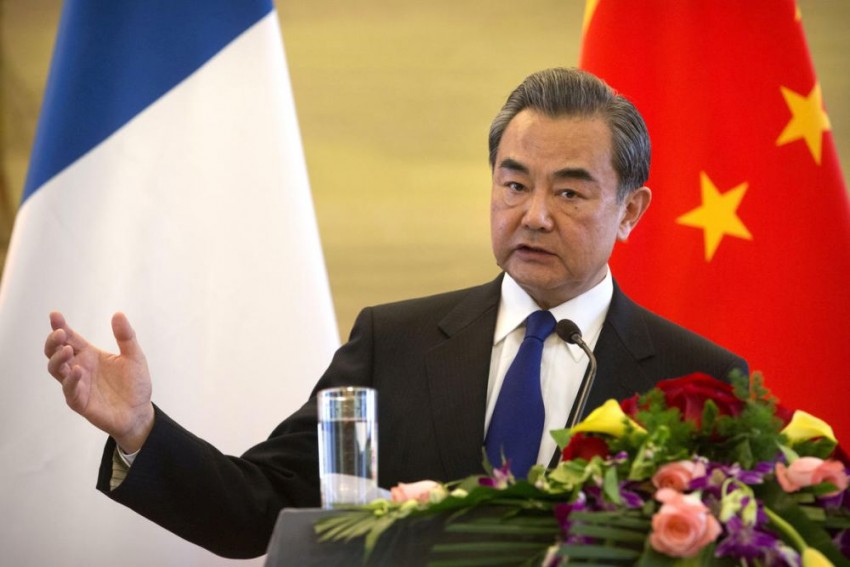 Chinese Foreign Minister Wang Yi on Monday held the first joint virtual conference with his counterparts from Pakistan, Afghanistan and Nepal during which he mooted a four-point plan to contain the COVID-19 pandemic, boost economic recovery and resumption of the BRI infrastructure projects.

Addressing the meeting, which is the first involving the four countries, Wang proposed the four-point action plan including consolidating the consensus on unity and fight against the pandemic, avoiding politicisation and stigmatisation of the coronavirus and firmly support the World Health Organization (WHO) in playing its due role to jointly building global health community.

Earlier this month, the Trump administration formally notified the United Nations of its decision to withdraw the US from the World Health Organization (WHO), breaking off ties with the global health body despite the raging coronavirus pandemic in the country.

The US has accused the WHO of siding with China on the outbreak of the coronavirus, which originated in the Chinese city of Wuhan late last year, alleging the health body misled the world resulting in deaths of over half a million people globally, including over 146,000 in America alone.

Wang said all the four countries should carry out regional cooperation on joint prevention and control of the pandemic drawing the experience of China and Pakistan, according to the press release.

He said when the Chinese vaccine is developed, China will improve the accessibility of vaccines to the three countries and help them strengthen their public health systems.

Significantly, he also proposed post-pandemic, the four countries should resolutely support the joint development of China’s Belt and Road Initiative (BRI) by promoting the resumption of work and production of key cooperation projects, maintain the stability of industrial and supply chains, and create new economic growth points in the digital field.

"We will actively promote the building of the China-Pakistan Economic Corridor (CPEC) and the Trans-Himalayan Connectivity network (THCN), support the extension of the corridor to Afghanistan, and further unleash the dividends of regional connectivity,” Wang said.

The BRI is a multi-billion-dollar initiative launched by Chinese President Xi Jinping when he came to power in 2013. It aims to link Southeast Asia, Central Asia, the Gulf region, Africa and Europe with a network of land and sea routes.

While USD 60 billion CPEC is the flagship project of the BRI, over which India has protested to China as it is being laid through the Pakistan-occupied Kashmir (POK), the THCN aims to connect Nepal and China through Tibet.

"We should give play to our geographical advantages, strengthen exchanges and connectivity between the four countries and central Asian countries, and safeguard regional peace and stability,” Wang said.

His remarks assume significance as it came amidst the border tensions between India and China. Pakistan and Nepal are also actively involved in building major infrastructure projects under the CPEC and the THCN, causing much concern in New Delhi.

The ministers of Pakistan, Nepal and Afghanistan"actively supported" the four-point cooperation initiative proposed by Wang and thanked China for providing medical material assistance and food support, and shared experience in epidemic prevention and control, the statement said.

All parties supported the maintenance of multilateralism, strengthen the role of the WHO, backed the realisation of a ceasefire in Afghanistan during the epidemic, and the peace and reconciliation process in Afghanistan, it added.

Bakhtiar, who represented Pakistan in the conference, stressed that the participating counties should develop political consensus against COVID-19 and declare a united front to combat it.

He said that COVID-19 had inflicted a punitive human and economic cost globally and disrupted the social and political architecture of the world.

"Pakistan was ready to both enhance cooperation in combating COVID-19 and in post-pandemic economic recovery with the participating countries,” the minister said.

Bakhtiar said that the CPEC could play an important role in boosting regional growth and recovery in the post-COVID-19 period.

Foreign Minister Shah Mahmood Qureshi did not participate but in a video message at the Conference he stressed the need for unity, solidarity and multilateral cooperation to fight COVID-19 pandemic.