The UAE-Israel deal has more to do with concerns over Iran’s growing clout than concern for Palestine. Saudi Arabia and UAE see Iran more as a threat than Israel. 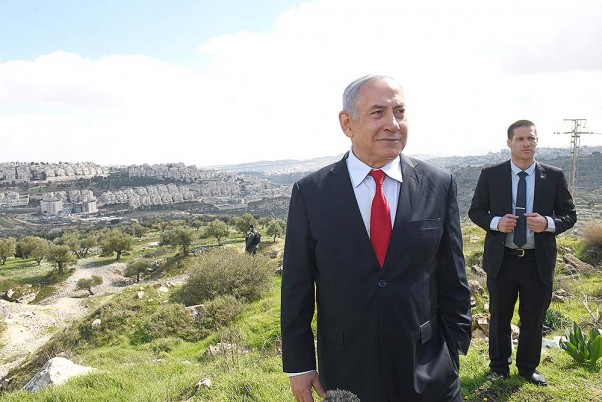 The US negotiated Israel-UAE peace deal reflects the changing power dynamics across the Gulf region. Israel, America’s closest ally in the region, has now stopped being regarded as an enemy of the Muslim world.

However, this deal did not happen overnight as the two sides have been in touch and talking behind closed door for a year at least. Furthermore, UAE is not the first Muslim country to recognise Israel and have full diplomatic ties with the Jewish state. Egypt had done it in 1979, followed by Jordan in 1994. Then Egyptian President Anwar Sadat enraged Islamists and was assassinated by Jihadis for his peace deal with Israel. But the world has changed dramatically since then.

However, UAE and the US sold the deal on the basis of a commitment made by Israeli Prime Minister Benjamin Netanyahu that Israel will stop fresh settlements in the West Bank. With much of Palestinian lands already in possession of Israeli settlers, there is little for Palestinians in the new deal. They have already rejected it.

Prime Minister Netanyahu has not made any comment about a halt to settlements in the West Bank. This is possibly not to embarrass Donald Trump, who has projected the agreement as a win-win situation for all. However David Freidman, the US envoy to Tel Aviv was quoted as clarifying that the word “suspend” used in the agreement refers to a “temporary halt” to expansion. So the door is open for going back on the promise. Jared Kushner has hinted that Saudi Arabia will follow UAE’s lead sooner rather than later.
That may well be true. “The Arab world is deeply divided over this. There is a divide between the rulers and the general masses that have always supported the Palestinian cause. Saudi Arabia will not be in a hurry to follow UAE, despite what Kushner may claim,’’ said Zikr-ur-Rahman, a former diplomat.

The Palestinian cause which the Gulf Arab rulers once vociferously supported had been abandoned in the interests of pragmatic geopolitics. But across the mosques and bazaars of the region support for Palestine remains. But the royals both in Saudi Arabia and the UAE, see Iran as a much bigger threat than Israel. Since the 1979 Iranian revolution, the successive Ayatollahs ruling the country had a massive influence on the Shiite population of the region. Thorough them Iran became a major player in the region. Whether in Iraq, Syria, and Yemen or through the Hezbollah in Lebanon, Iranian footprints had expanded.

Saudi Arabia and the UAE’s interests in cutting Iran down to size and ensuring that it never goes nuclear coincides with that of Israel. These three countries were the severest critics of the nuclear deal signed between Iran, the P5 ( US, Russia, China, UK and France) and Germany. President Donald Trump’s decision to walk out of the pact was enthusiastically welcomed by Israel, UAE, and Saudi Arabia.

Kushner and Saudi Crown Prince Mohammed Bin Salman (MBS) and UAE Crown Prince Sheikh Mohammed bin Zayed ( MBZ) want to reshape West Asia to serve their interests. So the lineup is US, Israel, Saudi Arabia and the UAE, against Iran and Tehran’s friends. These include Russia which pulls far above its weight and has played a pivotal role in Syria and the fight against the ISIS. China is a recent entry and so too is Turkey, once a close friend of the West but now looking increasingly towards the anti-US platform offered by Russia and China. Iran naturally gravitates towards Russia and China.

For South Asian rivals Pakistan and India, the Gulf is where many of their people work and send back remittances home. Religion had in the past been a major factor in Pakistan’s ties with Saudi Arabia, the UAE and the rest of the Gulf Cooperation Council members.
India’s ties with the Gulf countries have improved tremendously. Much of it is thanks to Prime Minister Narendra Modi. But both Atal Bihari Vajpayee and Manmohan Singh played an important role. In 2019, UAE’s highest civilian honour, the order of Zayed was given to PM Modi for furthering India-UAE ties.

The day after the agreement with Israel was signed, the UAE foreign minister was on the phone with his Indian counterpart to brief him on the details. India had whole heartedly welcomed the deal saying both Israel and the UAE were its strategic partners. At the same time Delhi said it continued to support a final settlement of the Palestinian issue on the basis of the two-state solution.

Islamabad had to do a tightrope over the Israel-UAE peace agreement. Demonstrations were reported from several cities and towns of Pakistan condemning the betrayal of the Palestinians. It is an emotive issue in Pakistan and the government cannot go against sentiments of the people. The worry in Pakistan is linked to Kashmir. Fahd Humayun, a columnist writing in Dawn noted : “If Israel is embraced by the Muslim world without a just resolution to the Palestine question, the Kashmir cause will also suffer, as India will be further emboldened to crush the Kashmiris.”

Pakistan’s single-minded effort to get the Muslim world on board on Kashmir received a set back with Saudi Arabia dragging its feet over calling a special meeting of the OIC foreign ministers to discuss the issue. While Turkey and Malaysia have criticized India, Saudi Arabia and UAE have been circumspect. Turkish President Recep Erdogan is challenging Saudi Arabia to be the voice of political Islam.

A frustrated Shah Mehmood Qureshi, vented his anger at Saudi Arabia. He said he would ask Pak Prime Minister Imran Khan to convene the meeting to highlight Indian atrocities in Kashmir. Saudi Arabia was not amused. Riyadh showed its displeasure by asking Pakistan to return a one billion dollar pending loan. Saudi Arabia had been generous in funding Pakistan in the past. Riyadh was clearly sending a message.

Pak Army chief General Qamar Jawed Bajwa, rushed to Saudi Arabia on a damage control mission and met with deputy defense minister, a younger brother of the MBS.
Paradoxically it is not the Islamic Arab nations but Communist China which has backed Pakistan to the hilt on Kashmir for strategic considerations. Qureshi on a quick visit to China was able to get a joint statement after talks in Beijing where Kashmir was highlighted.

US Changes Covid-19 Guidelines, Says Those Without Symptoms After Exposure Don't Need Testing