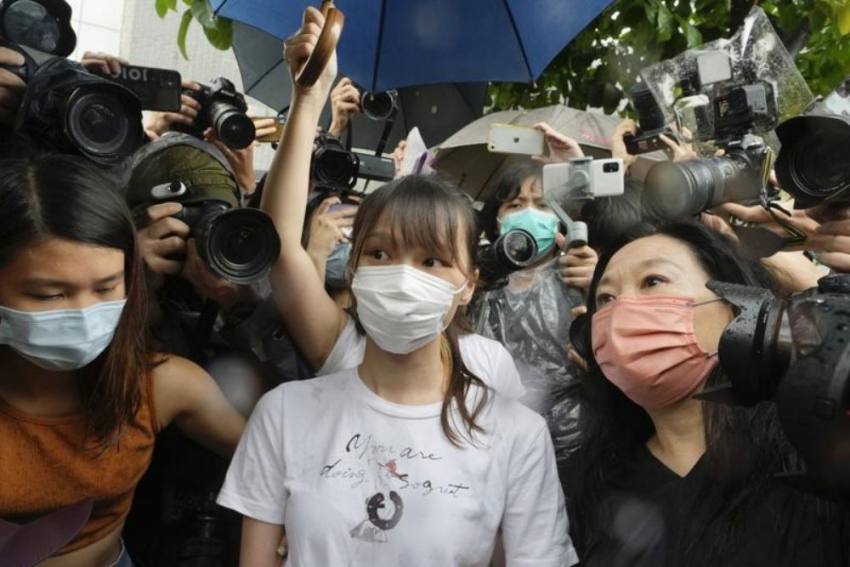 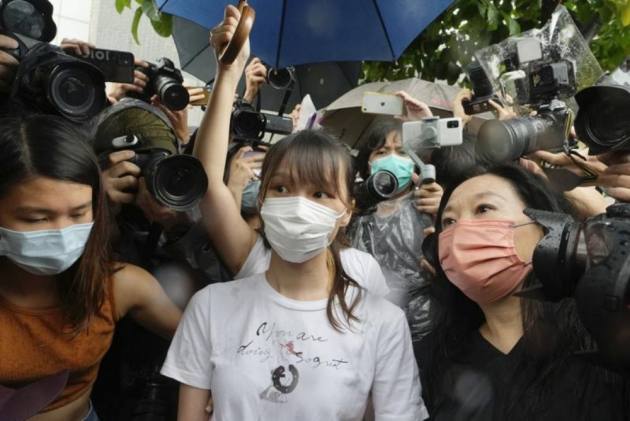 Hong Kong pro-democracy activist Agnes Chow was released from jail Saturday after serving more than six months for taking part in unauthorised assemblies during massive 2019 anti-government protests that triggered a crackdown on dissent in the former British colony.

Chow, 24, was greeted by a crowd of journalists as she left the Tai Lam Center for Women. She transferred from a prison van to a private car without making any remarks.

Only a small group of supporters were on the scene, an apparent reflection of the government's threats to jail those it deems in violation of a sweeping national security law that Beijing imposed on the territory a year ago.

The legislation has resulted in the arrests of leading democracy activists including Joshua Wong and Jimmy Lai, who are serving prison terms. Others have sought asylum abroad. Critics say China is now routinely violating commitments it made to preserve freedoms promised to Hong Kong for 50 years following the handover to Chinese rule in 1997.

The 2019 protests began as peaceful marches against proposed legislation that could have seen criminal suspects sent to China to face possible mistreatment and unfair trials. Though the legislation was withdrawn, protests swelled to demand universal suffrage and an investigation into police abuses, becoming increasingly violent as demonstrators responded to harsh police tactics.

China fought back with the national security law, which has snuffed out dissent in the semi-autonomous territory. Defenders say it intends to ensure those running the city are Chinese patriots committed to public order and economic development.

The national security law has also given authorities broad powers to monitor speech online, making it difficult to organize opposition gatherings or even express views critical of the government or Beijing.

An annual candlelight vigil for victims of the bloody suppression of the 1989 pro-democracy movement centered on Beijing's Tiananmen Square was canceled for the second time this year.

Hong Kong censors this week were also given the power to ban films that endanger national security, prompting concerns that freedom of expression is being further curtailed in a city once known for its vibrant arts and film scene.

Chief Executive Carrie Lam, who is under U.S. sanctions, has been the face of the crackdown on dissent, although she is believed to be acting entirely on orders from Beijing, whose Communist Party leaders have long regarded Hong Kong as a potential incubator of opposition that could spread through the country.