Will Move No-Confidence Motion Against Palaniswami Govt If Required: Stalin 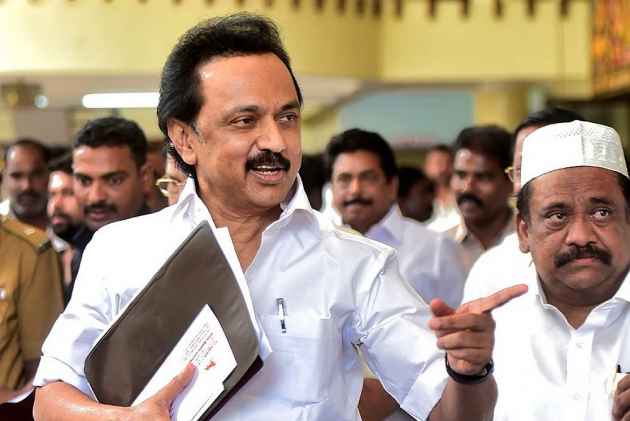 Amid a revolt against the AIADMK Amma's deputy chief TTV Dhinakaran by the Chief Minister K Palaniswami-led faction, the opposition DMK today said it would move a motion of no confidence against the government, "if required".

When reporters asked him if the DMK would move a no- confidence motion against the Palaniswami government in view of the latest developments in the ruling party, Stalin replied cryptically, "If required."

Palaniswami, who was sworn-in as chief minister following a revolt by his predecessor Panneerselvam against Sasikala earlier this year, had won a trust vote on February 18 in the assembly.

Stalin, the Leader of the Opposition in the Assembly, said ever since the AIADMK split into three factions, headed by Palaniswami, Panneerslevam and Dhinakaran, an "extraordinary" situation prevailed in the state and that the people were suffering.

People's suffering should end, he said.

The Palaniswami-led faction, after a meeting of its leaders and office-bearers yesterday, had asked party cadres to ignore Dhinakaran's directives.

Dhinakaran, on his part, had put up a brave face and asserted he was in control of the party. (PTI)