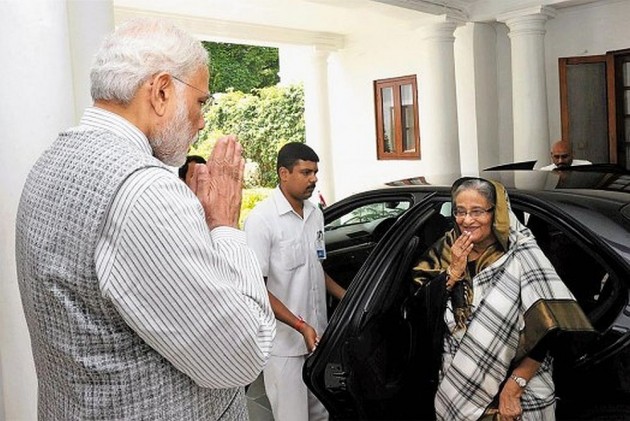 The thick Delhi fog is threatening to come between Sheikh Hasina and her state visit to India, scheduled for next week.

The Bangladeshi Prime Minister is coming to India on a four-day visit from December 17 that will give both the countries an opportunity to further deepen and strengthen their ties and expand cooperation in a wide range of issues from infrastructure development and investment to trade, defense and security.

Though Hasina has been to India twice in recent years—once for President Pranab Mukherjee’s wife’s funeral and later for the BRICS-BIMSTEC outreach Summit in Goa—this will be her first bilateral visit since the Narendra Modi government came to power in Delhi in May 2014. Predictably, her forthcoming visit is being seen as a big step forward in growing bilateral ties between the two countries.

But the thick fog that engulfs the city, particularly its airports and disrupt normal air traffic at this time of the year, is now giving sleepless nights to officials of the two countries involved in logistics of her visit.

At the initial stages, the Indians wanted her to be in Delhi on December 16, to jointly celebrate the Victory Day when Pakistani army surrendered to the combined Indian forces and the ‘Mukti Bahini’ during Bangladesh’s Liberation Struggle in 1971. At a time when the Indian government is mobilizing all diplomatic efforts to isolate Pakistan, a joint Indo-Bangladesh  ‘Victory Day’ celebration would have been another opportunity to ‘cock a snook’ at Islamabad.

But traditionally, Hasina celebrates the day, known in Bengali as ‘Bijoy Dibos’ in Dhaka, addressing Awami League supporters and her countrymen reminding them of her government’s achievements and the challenges it faces in the days ahead. This year too, a big public rally is planned at Ramna Maidan where the Pakistani army had surrendered more than four decades ago. Obviously, the Bangladeshi PM involved in a fight against terror groups in Bangladesh and in weeding out anti-liberation forces like the Jamaat-e-Islami, does not want to miss the chance of driving the core point of her fight against “domestic enemies” further before the home crowd.

The Indian suggestion, therefore, was politely turned down by the Bangladeshi government and it was decided that she will start her bilateral visit in Delhi from December 17.  Though this does not rule out the possibility of more celebrations relating to Bangladesh’s Liberation Struggle being held while she is in India.

But now officials of the two countries are worried that the Delhi fog which had been playing havoc with flight schedules for the past weeks could also interfere with the Bangladeshi PM’s scheduled programme in India.

What is of serious concern to them is that even if Hasina  arrives at the capital by noon, the ceremonies associated with her visit can still delay and jeopardize her scheduled talks with her Indian counterpart, Narendra Modi. The delegation level talks headed by the two prime ministers could have been pushed back to the next day. But Modi has prior commitments on December 18 outside Delhi and will not be available for the delegation level talks.

“Even if we try hard, she will not be able to land in Delhi before mid-day on December 17” says an official involved in the visit. “Depending on the fog her arrival here could be delayed even further,” he adds.

So could her arrival to Delhi be preponed by a day?

Officials, also point out problems that arise with such a possibility. Since Hasina has to be in Dhaka on December 16, there is no guarantee what time in the evening she could have headed for the airport from the rally ground. But even if she managed to start preparing to come to Delhi that night, the possibility of worsening visibility because of the fog creates such uncertainty which rules out the Friday night arrival as a possible option.

For the time being, however, both sides are trying to work out various combinations to ensure the much expected visit of the Bangladesh PM to India goes ahead without any major hitches. But more than anything, they are praying to the weather God in the hope that on her arrival day Delhi gets a clear sky.