The Messi vs Ronaldo debate has been raging on for more than a decade and there seems to be no end in sight. 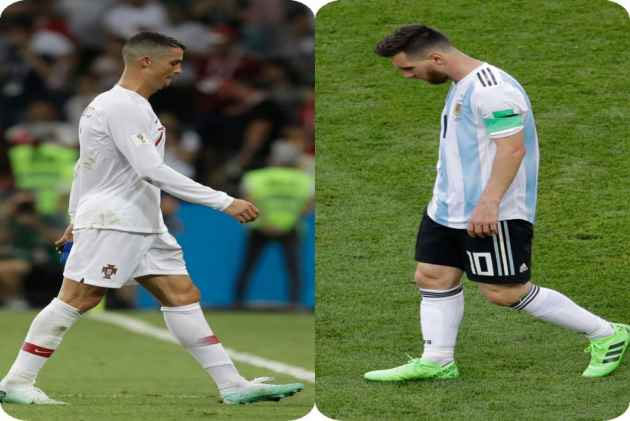 Legendary football player Pele has given his verdict on the never-ending Lionel Messi-Cristiano Ronaldo debate.

Pele, who won three World Cup trophies with Brazil in 1958, 1962 and 1970, said that he would rather have Messi in his team than having Ronaldo. The 77-year-old made the comment while speaking at the Hindustan Times Leadership Summit 2018 on Friday.

“Difficult to compare Messi and Ronaldo. Messi has a completely different style than Ronaldo. A lot of people compared me with George Best but we had a different style of play. Ronaldo is more of a center-forward while Messi is more organised.

“If I have to decide for my team I will choose Messi over Ronaldo," Pele said.

The Messi vs Ronaldo debate has been raging on for more than a decade and there seems to be no end in sight.

Regarded as two of the greatest footballers of all time, both the players have scored loads of goals for both country and clubs.

While Messi has been a loyal Barcelona player, Ronaldo has played for some of the biggest clubs in the world, like Manchester United, Real Madrid and Juventus.