India, unbeaten so far in the ICC Cricket World Cup 2019, take on the West Indies in a crucial group match knowing that they have dethroned England as the number one ODI side 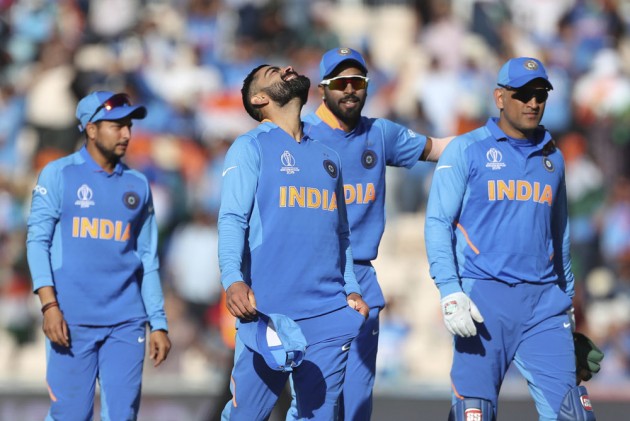 Hours before the start of their crucial ICC Cricket World Cup 2019 group match against West Indies, India became the International Cricket Council released the updated Men's ODI Team Rankings on Thursday (June 27) with India dethroning England as the top-ranked side.

Virat Kohli & Co have 123 rating points, while England have 122. India are also the top-ranked side in Test.

New Zealand, who lost to Pakistan -- their only defeat in the tournament so far, are third in the table with 116 points.

Australia, who have become the first side to make the semis, are fourth with 112 points.

South Africa are fourth fifth, ahead of Pakistan and Bangladesh. Sri Lanka, West Indies and Afghanistan complete the top-ten.

All the ten teams are competing in the tournament.

South Africa and Afghanistan are out of the semis contention.