'Why This Selective Outrage Over Abdullah's Remark? Pak PM Too Said Azaadi Not Possible,' NC To Separatist Leader Geelani 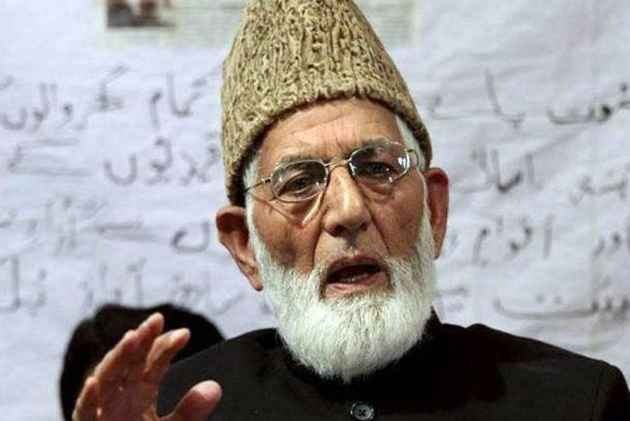 outlookindia.com
2017-11-13T18:54:49+05:30
Jammu and Kashmir's Opposition National Conference on Monday slammed separatist leader Syed Ali Geelani, saying that his "double standards" stood exposed in his silence over Pakistan Prime Minister’s statement on Kashmir's "Azaadi" as compared to his selective and uninformed outrage over NC president Farooq Abdullah’s remarks.
NC General Secretary Ali Muhammad Sagar said Geelani should introspect and stop leasing his voice out to a mainstream political party over a purely personal political agenda that was based on "distortion and prejudice."
“Time bears testimony to the fact that NC is the only political institution that has consistently and bravely fought to safeguard the State’s political identity and honour in all circumstances. Even today it is this party alone which is standing between various intrigues against the State’s special status and the rights of the people. This role will be noted in history and no amount of selective press statements and distortion  of truth will change it”, said Sagar.
Expressing amusement at Geelani’s statement against Absullah's remark that "Azadi is not possible",  Sagar asked Geelani to explain to the people why he couldn’t muster the courage to criticize and question similar remarks made by the Pakistan PM just two days before Abdullah's remarks? “What politics of hypocrisy is this? Geelani Sahab couldn’t say a single word about the Pak PM’s remarks that an independent Kashmir is not a possibility but expressed selective outrage when Farooq Abdullah expressed his views on this issue keeping in view ground-realities”, he said.
While taking on the PDP, he said it was PDP’s chronic trait to divert public attention from its failures and scandals by issuing baseless statements against NC. “This PDP propaganda that NC talks about restoration of Autonomy only while in the opposition is a baseless and false argument that has no legs to stand on. Let me remind Sartaj Madni and PDP that when the Autonomy Report was finalized and the Autonomy Resolution tabled in the Assembly, and passed with two-thirds majority – it was National Conference which was in power”, Sagar said.
“PDP was formed by various intelligence agencies as their proxy soon after the Autonomy Resolution was passed by the Assembly. It was these covert agencies who created the ‘Self Rule’ document and advocated it through PDP to divert attention from the Autonomy Resolution in an elaborate ruse".
“On one hand PDP rose to power by opposed BJP and waving green flags and deceiving the people of Kashmir by exploiting their sentiments. And on the other hand today this party is in a shameful alliance with those divisive and communal powers who have always advocated the abolishment of J&K’s special status and believe in fragmenting this State and its people to reap political dividends of communal and regional polarization. PDP should introspect rather than issuing baseless and shameless statements to divert public attention from its sell-out”, Sagar added.
For in-depth, objective and more importantly balanced journalism, Click here to subscribe to Outlook Magazine