Why This Is The Most Glorious Moment In The Sangh's History

It is a great power shift that dwarfed Mandal, and redeemed the saffron brand 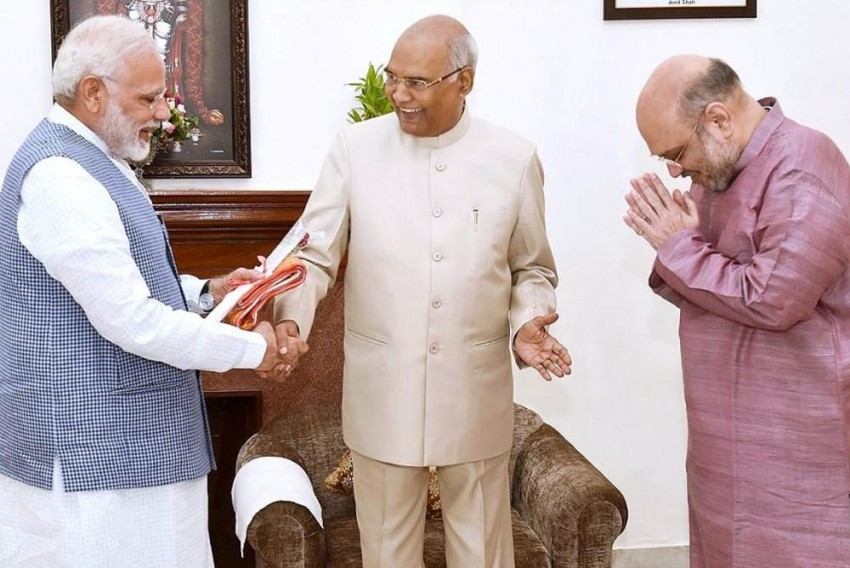 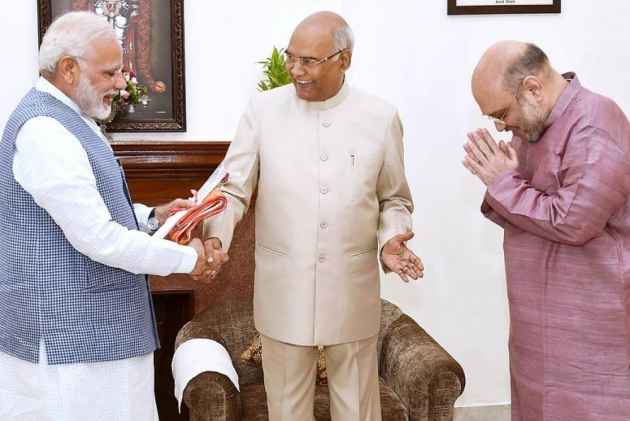 Shri Ram Nath Kovind as President, Venkaiah Naidu as Vice President and Narendra Modi as Prime Minister mark a historic transformation in Indian polity. This essentially is the end of the domination of Congress in Indian power structure and the culmination of a process that began in 2014 with persons with RSS-BJP background holding highest positions in the country. In a way it is the success of the movement that started in Nagpur on Vijayadashmi day in 1925, with the goal of influencing every sphere of national life to mould it for the ultimate glory of the Motherland. It was a great mission, at its core was uniting the Hindu society above caste and regional limits to make it the dominant force in the country.

This is the culmination of the BJP’s successful adaptation and assimilation of Mandal politics to its advantage. Today for the first time in Indian history, the President, the Vice President and the Prime Minister have a Sangh ideological background. More significant is that while the President is a dalit, the Vice President and the Prime Minister belong to socially backward communities. This again is the first time in independent history of India. The Sangh ideology and organizational network made such a historic transformation in Indian polity possible. This is not a mean achievement for an organization that was for seven decades condemned to the sidelines by the mainstream establishment. It was banned twice, all its leaders were incarcerated in jails for months, and the official machinery worked overtime to create a narrative to ostracize the Sangh ideology from political discourse.

Narendra Modi changed all that. He created an alternative narrative of sab ka saath, sab ka vikas, and challenged the established order. It is his genius that created the new Indian political architecture, which has in fact forced the seven decade long boorish approach on its head. He turned politics topsy-turvy, creating a new paradigm through affirmative action to work on a constituency of his own beyond the class, caste, regional brackets. He directly reached out to the poor through Jan Dhan, house for all, free gas connections, demonetization and GST. This changed the complexion of politics forcing the tradition bound regional, parochial, dynastic entrenched establishment to sit up and think.

Modi has introduced and cemented the new social engineering model which has taken the wind out of the sails of Mandal and communal vote bank politics. The Mandal parties like SP, RJD and JD(U) can now take a few lessons from the ‘Modi Manifesto’ on social empowerment. The new model has helped the Sangh in a big way in spreading and deepening its appeal in the society.

So far, except for the brief spell of Shri A B Vajpayee as Prime Minister and Shri Bhairon Singh Shekawat as Vice President during NDA coalition, Sangh members never occupied high constitutional positions in the country. All other Presidents, VPs and PMs in the last seventy years were either Congressmen or persons of non-BJP background.  Today the BJP has a majority on its own in the Lok Sabha and it is ruling two thirds of the states. With the Rajya Sabha polls due next year it will have supremacy in the upper house as well. But for the visionary leadership of Narendra Modi all this may not have been possible.

Modi has the audacity to think big. He is the first politician to think beyond coalition politics when the established wisdom was that the national election is an aggregate of thirty-odd state elections. Modi established the pan India appeal and canvassed as a national leader. He proved a political colossus unmatched in parliamentary history.

After the 2014 Lok Sabha mandate he went on to consolidate and build on his faith of One India, One People. India whole heartedly endorsed this approach. When a Congressman is elected President or Prime Minister nobody asks the question now being asked in certain quarters, “Is the Constitution safe with the BJP man elected as President?” In fact Ram Nath Kovind’s record as Bihar Governor should have convinced them. It was his unbiased approach and the personal reputation that he enjoys that ensured him the support of many parties outside the NDA.  That a former BJP man received almost 66 per cent of the votes in itself is a matter of pride.  The untouchability sought to be built up against the BJP because of its RSS connect is fast disappearing. There is little doubt that Shri Venkaiah Naidu will also get almost the same kind of support.

Where does all this leave parties like CPM, RJD, Trinamul Congress and Congress who have a pathological hatred for Shri Narendra Modi. They will have to rework their strategy.

Modi has emerged the messiah of the constituency so far bracketed under the Mandal head. He proved the leveler, the most authentic crusader for social justice. The spread and reach of the BJP beyond its traditional strongholds is the credibility Modi enjoys with this section.

The Mandal Report which V P Singh introduced in 1990 as an antidote to Hindutva has now become the tool of emancipation for the Sangh Pariwar. The Rathyatra of Shri L.K. Advani then created the atmospheric for a political re-assessment in the Hindu community. Through a series of experiments in accommodation, correction and induction, the BJP sewed up a template to challenge Mandal on the larger cultural mosaic of Indian heritage. Antyodaya, uplift of the last man in the queue became a cardinal objective of the BJP in power. This was a counter to the personality oriented family nepotism practiced by Mandal politicians. Corruption under their banner further dented their image.

Into this vacuum, the Sangh social engineering with massive service programmes and Modi’s clean appeal introduced the idea of sharing and caring. In many ways this is the success of idealism over opportunism. The assimilation of Mandal by Kamandal is a fascinating legend unparalleled in contemporary political history.

The writeri is on the BJP's Central Committee on Training and Committee on Publications and former Convener BJP National Intellectual Cell and former Editor Organiser. He can be contacted at Balashankar12@gmail.com On Twitter: @drbalashankar