Why The Hush-Hush On Naga Peace Deal?

It’s not just passports and flags, the Centre’s Naga pact is a big secret 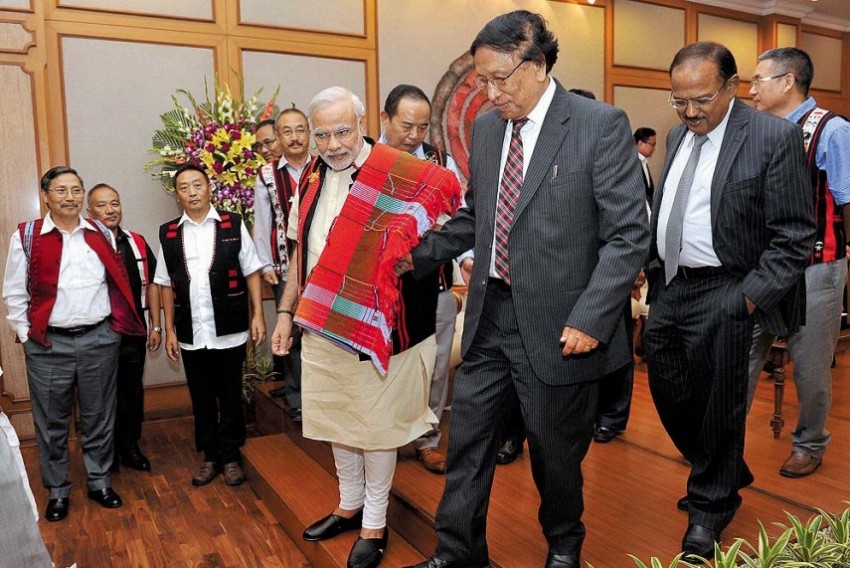 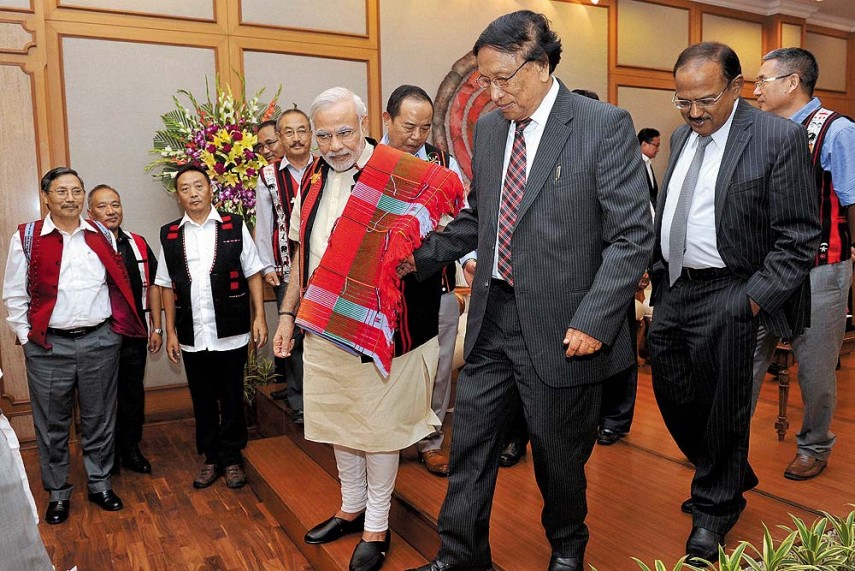 The peace deal between the National Socialist Council of Nagaland (Isak-Muivah) and the central government has been a mystery ever since a framework agreement was signed last year. So far, the peace deal has been kept secret and there has only been speculation about its contents including sporadic leaks.

The framework agreement was worked out when NSCN co-founder and chairman Isak Swu was nearly on his deathbed last year. It was made following prolonged peace talks between the Centre and the NSCN, which were started after a ceasefire in the 1990s and prime ministerial level talks that began abroad. After a prolonged illness, Swu died in a Delhi hospital last month.

In a recent interview to The Hindu, NSCN-IM general secretary Thuingaleng Muivah made it clear that the Naga demand for sovereignty will continue. There have been hints from others within the NSCN that the demand will not stop at any makeshift arrangement limited to the present state called Nagaland. In the meantime, there have been talks of the NSCN wanting to ‘claim back Naga territory’, which includes parts of Arunachal Pradesh and Manipur.

The population of Naga tribes in Manipur is much less than that of non-tribal people who live in the valleys (including the majority Meitei speaking population). The possibility of losing a chunk of the state to a Greater Nagaland has caused heartburn among the non-Nagas in Manipur, especially the Meiteis.

There were also three laws passed by the Meitei-dominated Manipur Assembly. Forty of the 60 MLAs in Manipur are Meiteis. The first is the Protection of the Manipur People Bill and the other two were amendments to the Manipur Land Revenue and Land Reforms Act and the Manipur Shops and Establishments Acts. Briefly, the Nagas in Manipur feel that these three laws were designed for non-Nagas to buy land Naga land in the hill areas.

Some Nagas feel the possibility of a Greater Nagaland drove Manipuris to change the status quo of landholdings in Manipur. The situation has escalated into acts of violent unrest in Manipur, which has also found sparse space in Indian mainstream media.
Following the death of Swu, Khole Konyak has become the chairman of the NSCN-IM. He had earlier split from the main NSCN-IM and led the NSCN-Unity. In March, Konyak quit the NSCN-Unity and rejoined the NSCN-IM under Isak and Muivah.

The Konyak is believed to be the largest Naga tribe in number and has a large number of its members in Arunachal Pradesh. Besides Khole Konyak’s seniority, a Konyak as the chairperson also changes the equation in realpolitik. It may also have a substantial bearing on the fate of Naga-dominated territory in Arunachal Pradesh.

The only roadblock was a NSCN splinter led by SS Khaplang, but there seems to be some deal between this faction and the government. Khaplang is currently in Burma and controls an area which has been the traditional route for smuggling and is said to be an area rich in diamonds, jade and other precious stones and non-precious minerals.

Manipur is of particular importance to the BJP. It is still ruled by the Congress and fits into Amit Shah’s “Congress-mukt Bharat” plan. In neighbouring Nagaland, there are six BJP MLAs (of a total 60) and the majority party of Naga People’s Front (NPF) has been facing an internal crisis that may impact the elections due in 2018. Former CM, and the state’s sole Lok Sabha MP, Neiphiu Rio, has a cross to bear since he was unceremoniously suspended from the party in May 2016.

Rio and about 25-odd NPF MLAs could easily walk over to the BJP just before the next Assembly elections in Nagaland. But it is to be seen if the NSCN-IM has already changed the shape and size of Nagaland before 2018.