Why Property Prices Should Rise

An essential FAQs to understanding the impact of the all-new Real Estate Regulatory Bill... 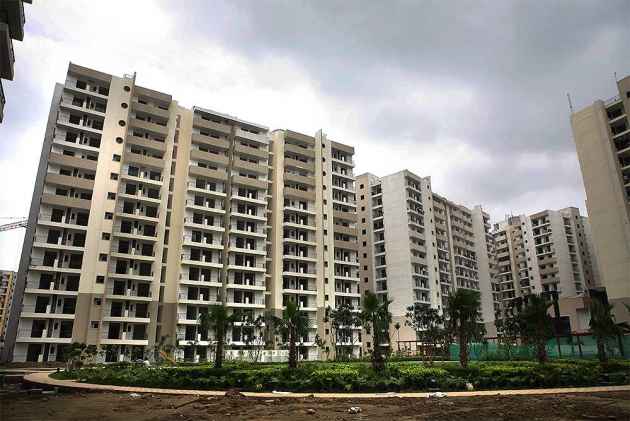 The Real estate Regulatory Bill was recently given a go ahead by both the Lok Sabha and the Rajya Sabha. But what does the law mean for different stakeholders and how will it help a sector which is going through a slump? These FAQs  should help.

Why do we need the real estate bill in the first place?

The real estate sector in India has been in a slump since the past several years now. While it would not be fair to attribute the slump completely to a lack of any form of regulatory authority in the sector, home buyers as well as home sellers have suffered through incomplete projects as well as a loss of money because there is no means for redress at the moment.

The Real Estate Regulatory Bill, which focuses both on residential and commercial real estate, aims at streamlining the process of developing and buying a house while keeping in mind the interests of both the buyer and seller. Most importantly, it calls for the establishment of a 'Real Estate Regulatory Authority' in every State or Union Territory to regulate real estate transactions. The bill also tries to make the industry more conducive to investments, something that is lacking in the sector at the moment.

How long will the law take to come into effect?

The government has given no specific date from when the bill will be enforced. Therefore, it is assumed that since the bill was passed in the Lok Sabha on Tuesday, 15 March 2016, this will be used as the basis for all settlement of transactions. It is important to note that the bill has not been implemented from retrospective effect, which means that all cases related to the real estate sector currently in the courts will in no manner be influenced by the bill. This applies to all projects which were started before the bill was passed. Kumar Gera of CREDAI says that it is a good thing that the bill does not have a retrospective effect. “When you make changes in ongoing projects, such as now mandating the builders to put 70% of all funds in an escrow account it will have a severe cost impact on the projects and will affect both buyers and builders,” he says.

So, will the passing of this bill help stalled projects move?

Sanjay Dutt, Executive managing director of Cushman and Wakefield, told Outlook that the current market has seen several stalled inventories which have not been sold. A major reason for this is that such inventories are meant for not end users but investors. “The implementation of the bill will raise the trust of investors in the market encouraging them to invest more. While the next two years will see a decline in the number of new launches, this will result in stalled inventories being sold,” he says.

In smaller towns though, this might not be the case as most of them function on a model where developers build for the end users. These inventories will only get sold when trust of home buyers increases. This will take some time.

To what extent will the bill impact prices of new projects? Will it increase property prices?

Market experts suggest that prices of new projects will be affected to a certain extent because of the bill but the impact will vary from state to state.

The provision requiring builders to put 70% of the amount raised by buyers can result in pushing prices up in certain areas. “The bill says that the money in the account needs to only be used for construction purposed but in some areas such as Mumbai or Delhi, a major chunk of the cost is not construction but the purchasing of land itself. This will increase the cost of buildings as developers might leverage one piece of land to buy another,” says MR Madhavan, the co- founder of PRS legislative research.

The price also depends on the states implementation of the bill, according to Devendra Singh Lohmar, a market analyst. He says that in most south Indian states, since developers first develop projects and then sell, the mandatory amount in the escrow account will not force them to elevate prices.

Overall though, the prices of properties in most areas, according to Dutt, will see a slight hike in the next 12-24 months because of old inventory being sold. “Once inventories are sold and the number of new launches increases, the prices will shoot up,” he says.

What effect will the bill have on black money in the industry?

Industry opinion on this is quite divided. While Madhavan suggests that the basic aim of any bill is not to regulate black money but streamline the process of transactions, there are others who believe that the transparency and accountability provided by the bill will help in sieving out players who make transactions in cash.

The bill also brings in the use of foreign direct investment into the market which could go a long way in curbing the circulation of black money. “Most private equity firms and foreign companies discourage any sales on cash because it might affect stakeholder faith or development of projects,” explains Dutt on why the chances of black money being curbed because of the bill are high. He does say though that tier two and tier three cities will not see too much of a change in the way transactions take place, at least in the short run, as stakeholders continue to be the same there.

Then why do some people seem unhappy with the bill?

Despite its appeal, the bill still has several shortcomings. Firstly, it does not provide for any accountability of micro authorities such as municipal corporations and state governments. These entities usually tend to give developers the most run for their money.

Builders too are unhappy with the bill to a certain extent because of the restriction of time the bill puts on development; which includes taking permissions from multiple government authorities. “Getting clearances from ministries is the most time consuming. Even though Naidu has said that the time for construction begins after permissions are taken, most developers have multiple projects under the same name which are started at different times,” says Dutt.