More from Ushinor Majumdar
View All

The FIR charging Nandini Sundar with conspiracy to murder a villager comes close on the heels of two events. One is a CBI chargesheet booking special police officers (SPOs) and incriminating security personnel for razing huts in two villages in Chhattisgarh; the other is a book that chronicles Sundar's research and experiences as a sociologist and activist with tribals in Bastar.

Around two weeks ago, the CBI filed a status report with the Supreme Court on the 2011 Tadmetla encounter in Bastar, Chhattisgarh. After a five-year-long probe the CBI has filed preliminary chargesheets into alleged police high-handedness during counter-insurgency operations in three villages. There is also a chargesheet that accuses Salwa Judum leaders of rioting when activist Swami Agnivesh had tried to visit the three villages which had been razed during the encounters.

Outlook has accessed the chargesheets filed by the CBI in this case. In some cases, the CBI was unable to corroborate allegations of extreme assault but they were able to charge SPOs with razing huts in two villages.

Shortly after the status report was filed with the Supreme Court, inspector general (IG) of police, SRP Kalluri disputed the CBI chargesheet. He said the encounters were genuine and that the police operations were carried out on his orders following a NHRC diktat to probe human rights violations. At the time, he had been a special superintendent of police (SSP) of the district.

In his version that came after the CBI's status report, Kalluri had contradicted the statements that his subordinates had given to the CBI.

IG Kalluri said that huts did catch fire during police action but the police did not start the fire. He had also blamed the weather saying that the heat helped the flames to spread easily.

Nandini Sundar has been considered a thorn by the police during counter-insurgency operations in Chhattisgarh. Most recently she also released her book, The Burning Forest: India's War In Bastar.

At the launch, former attorney general of India, Ashok Desai, noted how Sundar, a professor of Delhi University's sociology department, had been immortalised through a public interest litigation (PIL) petition that she had filed along with historian Ramachandra Guha.

Desai, on behalf of the petitioners, argued in the Supreme Court against the arming of villagers and other civilians as a vigilante force against the Maoist guerilla. In 2011, the Supreme Court accepted the argument in Nandini Sundar & Ors versus Union of India and ordered the Chhattisgarh government to disarm and disband the illegal SPOs.

The Chhattisgarh police have now booked her on allegations of conspiracy to murder a villager, Shamnath Baghel. The police say Sundar, along with 10 others, including JNU professor Archana Prasad, were responsible for Baghel's murder on November 4.

The police say Sundar, supposedly with an assumed identity, incited villagers against the police during a rally in May, 2016. This was at least five months before the murder of Baghel, whose wife has filed the complaint against Sundar and the others.

Baghel was part of the Tangiya (axe) group — a village defence committee which allegedly aimed to keep the Maoists out of their villages of Nama and Sautenar. These villages have publicly announced their anger against the Maoists before deciding to take up arms to fight them.

Some villagers had later complained to the police that activists from New Delhi had visited their village and had tried to convince them against opposing the Maoists. 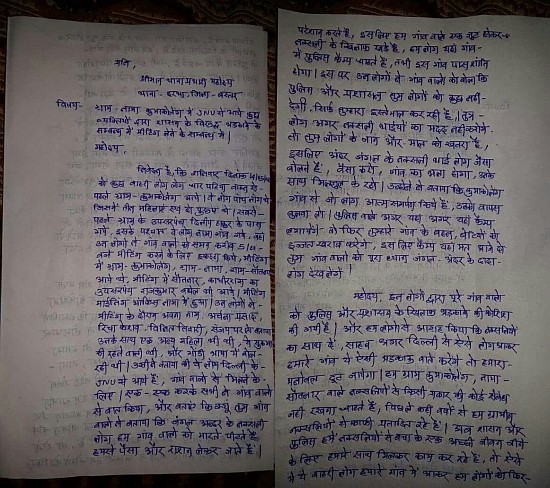 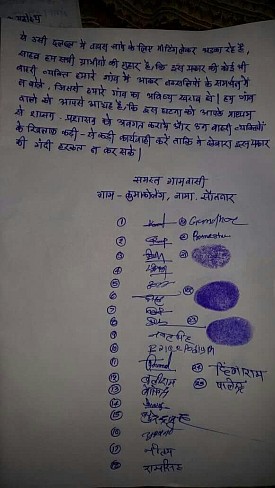 In 2011, the police had claimed that Maoists had razed huts in three villages during an encounter between the guerillas and the security personnel.

All three encounters, narrated on behalf of the police by additional SP (Dantewada district) of Chhattisgarh police, DH Maravi, happened pretty much in the same fashion. The encounters happened during combing operations on March 10-11, 13-14 and 15-16, 2011. The Maoists would be at or near a village and ambush the security forces and raze the huts while escaping.

The CBI has blown holes in these claims in the chargesheets of the cases probed for over five years.

The time delay has cost victims of physical torture, looting and sexual assault because it was too late to gather biological (DNA) evidence to establish the crimes and charge the perpetrators.

The tribal villagers denied Additional SP Maravi's version and told the investigators that the members of the security forces' team had abducted and raped two tribal women, abducted and tortured two tribal men and burnt down the houses in Tadmetla on March 16, 2011.

The CBI has charged four security personnel (who were then SPOs and have since become regular police constables) with setting ablaze 160 houses and assaulting tribals. However, the CBI probe, which included forensic analysis of the rape victim' clothes, could not substantiate the rape allegations. They have also alleged the involvement of more than 400 other security personnel.

The villagers alleged that the SPOs had killed a villager (labeling him a Maoist), shot and injured two villagers, looted around Rs 5 lakh and set fire to around 60 houses.

The CBI charged six SPOs and one police intelligence operative with burning down the huts. The CBI also charged other personnel (323 policemen/ SPOs, 114 CoBRA and 30 CRPF) for being involved.

The CBI could not corroborate allegations of looting because the tribal villagers could not pinpoint the SPO responsible for the looting.

The villagers alleged that the security personnel had doused some huts with kerosene and set them on fire, which spread to other houses as well.

However, the villagers could not name any specific policemen who were responsible while the police denied having set the houses on fire.

Since the houses had been rebuilt, it was too late for the CFSL to establish if the houses had been doused with kerosene. An interesting fact mentioned in the CBI chargesheet is that the CRPF personnel denied having seen the burning houses while the policemen claimed that the Maoists had burnt the houses to take cover of the smoke.

The CBI has not explained why two sets of security forces, both engaged in the same team for an encounter, have given two different version of what happened during the said encounter.

In its chargesheet, the CBI also admits that the delay has hindered them from establishing the alleged rape of a tribal woman by three security personnel.

One tribal family had alleged that apart from the mother, security personnel had illegally detained the father, son and daughter of the family. At the police station, while the two male members of the family were assaulted, the daughter had been raped by multiple security personnel at the police stations. In this case too, the CBI has been unable to establish the rape charge only because of the delay, which makes it difficult to gather biological evidence to corroborate the charge. Besides, the victim claimed that she had been blindfolded while being raped and so could not identify the rapists. They were later released but without any official record of their detention, which the CBI seems to have accepted as proof enough that they were not detained.

The CBI has filed a closure report in this case.

The attack on Swami Agnivesh

A week after the encounters in Tadmetla, Timmapuram and Morepalli, activist Swami Agnivesh decided to visit the three villages, armed with relief material. The local administration offered to provide him security cover. In the forest, that usually means a cavalcade of police jeeps and intimidating vehicles carrying some of the same personnel whom the villagers were accusing of excesses.

As per the CBI chargesheet, Swami Agnivesh decided to skip the extended convoy and left two hours early for his visit to the villages. While crossing Dornapal (in Sukma) an hour later, a mob stopped Swami Agnivesh's vehicle and pelted eggs at it, forcing him to turn back.

Soon after, Swami Agnivesh returned in a police-escorted convoy to Dornapal, the mob seemed to be expecting them and had blocked the road. The mob, egged by the Salwa Judum leaders, rushed at the convoy and pelted stones at it. Not only Swami Agnivesh but vehicles of policemen and journalists were also damaged.

The CBI has charged 26 Salwa Judum leaders for rioting by unlawful assembly, damaging public and government property, mischief and assault. As per the chargesheet, the alleged rioters include contractors, farmers, a teacher and even three journalists.