Mumbai has been a city of migrants. It is unfortunate that Raj Thackeray should revive the 'Mumbai for Marathi Manoos' now, a slogan that his uncle and Shiv Sena chief Balasaheb Thackeray gave four decades ago. 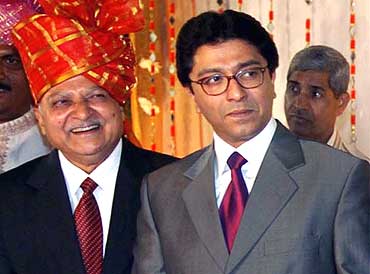 
It is unfortunate that Raj Thackeray should revive a call for the ‘Mumbai for Marathi Manoos’ now, a call that his uncle and Shiv Sena chief Balasaheb Thackeray gave four decades ago. Raj wants migrants to fall in line and dissolve their ethnic identities in the local Marathi culture. He has objected to their attempt to maintain separate identities. Even celebrations of occasions such as the Chhat Pooja or the Uttar Pradesh Sthapana Din (Foundation day), he says, should be a taboo.

That Raj generally imitates his uncle’s mannerisms at public meetings is approved by admirers and followers of Thackeray Senior. But why should he repeat Balasaheb’s ideas and actions that have lost their significance and are irrelevant today? For, despite senior Thackeray’s clarion call, the percentage of Marathi population in Mumbai has considerably declined. Marathi families have shifted outside city limits, beyond Dahisar in western suburbs and Mulund in the central suburbs. In recent years, migration from Uttar Pradesh, Bihar, Madhya Pradesh and adjoining states has outstripped migration of Marathis from within Maharashtra and south Indians. This has drastically changed the social composition of Mumbai.

Much water has flown into the Arabian sea since Balasaheb articulated his sons-of-the-soil theory. The boom in IT sector and the financial institutions has seen a section of Marathi youth going abroad for higher studies and lucrative jobs. Even those who continue here want to progress and reach higher echelons on their merit; not by virtue of being Marathi. They have a strong distaste for violence and policies that insulate them from rest of the world. They are not averse to the study of English. Therefore the issues relevant then are no longer so. Even Shiv Sena, under Uddhav Thackeray, has sensed the mood change in the Marathi society and the composition of Mumbai, and has adopted a policy of inclusiveness so that the party can continue to hold sway over Mumbai.

Raj, whose political acumen was untested when he was in the Shiv Sena, appears desperate to pick up too many issues too soon to establish his leadership. His haste only shows his incompetence to grapple with changes that globalisation has brought in its wake. Violence has no place in today’s world. It becomes counter-productive and self-defeating. Raj is searching for issues and programmes that can catapult him into a leader quickly. If his Maharashtra Navnirman Sena activists can blacken faces of college teachers for their supposed misdemeanor against girl students sometime back and latch on to the cause of ‘Marathi Manoos’ now, it shows that Raj is either running out of ideas or is politically naïve, and thus bound to fail. He is already showing signs of weariness. Raj’s diatribe against Amitabh Bachchan, Amar Singh and Lalu Prasad may earn him some applause, but it may not translate into votes. Besides, it could harm the interests of Marathi people in Mumbai and outside. Many generations of Marathi families have been residing in U.P., M.P., Delhi, Gujarat Karnataka and Andhra. What if the MNS’ counterparts in these states behave similarly? In Delhi, for instance, May 1 is celebrated every year as Maharashtra Sthapana Divas.

The city of Mumbai is known for its inclusiveness. No single community can rightfully lay a claim on it as most communities are migrants. Many in the Telugu community migrated as early as the 18th century, and provided skilled and unskilled labour for construction. When the British decided to develop Mumbai as a business centre, they invited all streams of Gujarati speaking people--the Parsees, the Kutchis, the Shrawak Jains, the Nagars, the Memons, the Bohras among others to set up businesses. When the University and schools were established, Marathis came to Mumbai from coastal Konkan and the Deccan plateau to obtain English education. When new educational institutions, business firms, banks and cotton mills came to be established, they provided employees and labour. Marathis have had a hold only on the liberal professions such as teachers, lawyers, doctors; few Marathis had sway over business.

After the Partition, people from Sindh flocked to the city to try their luck and settled down. People from other states followed suit and Mumbai became a ‘miniature India’. Since almost every community was to be found in Mumbai, it held a special place of pride for millions of Indians. Mumbai’s culture was a composite "Bombay brew", a heady cocktail of cosmopolitanism, tolerance, secular and progressive outlook. Mumbai was a dream city where fortune favoured the brave, the industrious and the talented. The Hindi film industry, or Bollywood, perhaps reflected this.

The British wanted Mumbai to develop as the ‘Urbs prima in Indis’ (the premier city in the East). Develop it did. The city has many firsts to its credit: the first anti-caste movement, the first political institution, the Indian National Congress was established here, Arya Samaj started here… the list can go on. Whether in social reform or in freedom struggle, labour movement or industries, arts or literature…Mumbai showed the pioneering spirit. If Mumbai became the most progressive city in India, it was thanks to the contribution of all communities who made it their home.

Mumbai has been a city of migrants. The original ‘sons of the soil’ are the Agaries (salt-pan owners) and the Kolis (fishermen), now a small minority. Who can, and should, claim exclusive rights over Mumbai then?

Dr Arun Tikekar is a Mumbai-based historian, writer and former editor of the city’s largest-selling Marathi daily Loksatta. He is currently President of the Asiatic Society in Mumbai.

Respite From A Proxy War