Who Is Turning Premier Journalism School IIMC Into A Run-Of-The-Mill Polytechnic?

The decay began with the Congress, but latest controversy of holding a ‘yagna’ on the campus, led by publisher of RSS mouthpiece ‘Panchjanya’, will sound death knell to the institute’s credibility 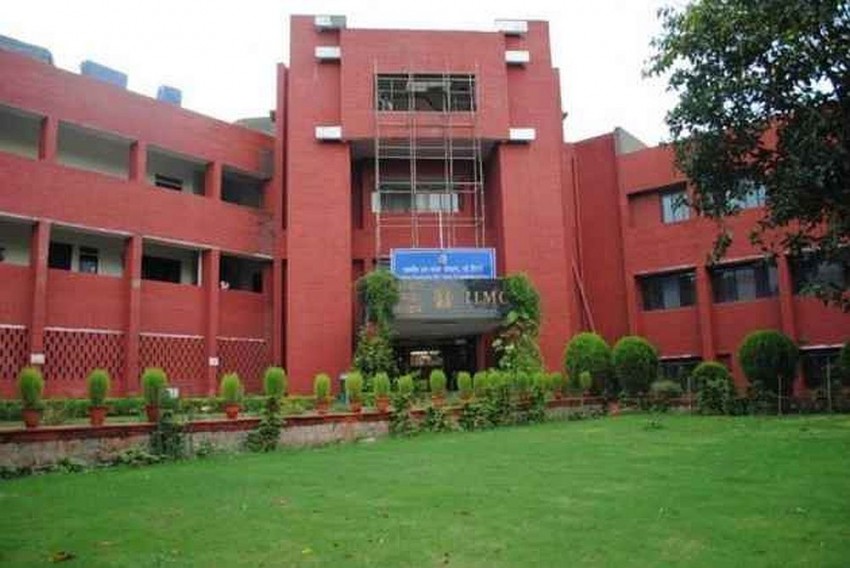 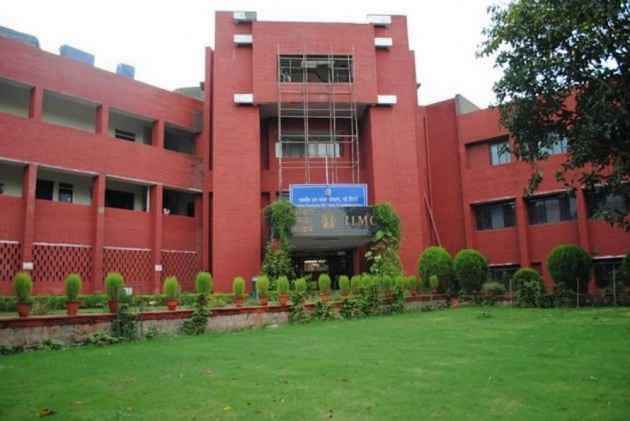 It might have appeared predictable, even inevitable, the rapid ‘apocalypse now’ at the Indian Institute of Mass Communication (IIMC) in Delhi, but when the tyranny of mediocrity and tinpot dictatorship unites in a jarring synthesis with the heady concoction of Hindutva , there seems to be no possibility of catharsis. If controversies could mark a departure from mediocrity and start a process of self-criticism, then that resurrection seems to be a distant dream sequence in IIMC.

Branded as autonomous, but run, controlled and operated by the Information and Broadcasting Ministry, IIMC is like a caged animal which has been compelled to be a passive and conformist creature in a so-called ‘prestigious’ zoo, devoid of an iota of freedom or self-respect.

Unlike the FTII, or the Satyajit Ray Film and Television Institute (SRFTI) in Kolkata, also run by the I&B ministry, the IIMC establishment, including most of its faculty, have willfully surrendered all basic principles of media ethics or journalistic objectivity.

Between 5Ws and 1H, it is man who is biting man, and it’s a public spectacle for all to see, and no one wants to report it, least of all look for an effective cure or remedy. Instead, the disease is becoming an epidemic.

Unlike the FTII and SRFTI, merit and brilliance was never really a hallmark of IIMC, despite being branded a ‘prestigious and eminent’ institute. Perhaps only a handful of committed and high quality teachers could match the high aspirations and academic excellence of the students – who were and are the soul of the campus, its hope of the future, its radical and romantic moonshine.

It is the students, who have, year after year, in a short spell of just about 9 months, injected verve, genius and energy, the ideals of parallel cinema and adversarial journalism, the will to search for bitter realism when lies and conformity becomes the ‘manufactured consent’ as Noam Chomsky would write. Most of them would rather choose to be anti-establishment, or critical of the system, rather than suck up to this or that ideology, or the perks and privileges of power. Doubt everything, ask questions, there is no one final truth, and always look for the Rashomon factor: these were the crucial landmarks of this young, eclectic journey. Sadly, not so anymore.

The FTII case under the new regime of skill India, start-up India, meritorious India of maximum governance and minimum governance, is a stunning example of how rhetoric just can’t match the compulsions of obsessive Hindutva ideology. The students went on a 139-day peaceful strike to assert only one thing: if good times were coming with merit, whatever happened to merit? They were protesting against a mediocre actor, with RSS affiliation, being made the chairman of this eminent institution where the finest in Indian and world cinema have presided over the campus, and where great art and great cinema unite in their luminescence.

So what about merit, the students asked the central government. The government refused to budge. And, mind you, they could not even blame FTII for being anti-national, Leftist or Maoist. These were bright and talented students asking for a competent and dignified name as head of the institution, not a mediocre small-time TV actor with no credentials or credibility.

IIMC was originally set up as a mass communication and journalism hub for developing countries. It was part of the dream to create an alternative, new economic and information order and not to be dominated by the one-dimensional western model of capitalism and free market. It was integral to the values of the non-aligned movement.

It was established to help students and professional from third world and developing countries to interact, exchange ideas and learn the craft and skills in theory and praxis of communication and culture studies, as much as the highest ideals of professional journalism.

Students and professionals from Africa and Middle-East to Latin America would join IIMC for creative and productive upliftment of their intellectual skills, as much as to foster the brotherhood of man, peace between nations, and to share authentic and meaningful information between the countries. This was an epistemological rupture in times when all news and information was controlled by just about five news agencies in the West, and nations in the third world would get news and analysis of their own backyard filtered by western structures of media control.

Thus, IIMC was meant to restore and reaffirm the finest values of the post-colonial times: freedom of expression and thought, freedom of dissent and to question the powers that be, freedom to doubt and be critical, cultural and political pluralism, secularism and socialism, and the idealism and vision of the newly born independent nations after the protracted yoke of slavery.

Public interest journalism and critical thought was a priori in this secular dream.
That dream has been effectively ravaged and destroyed. In contemporary times, it all started in the time of the Congress, who let the institution decay and die in the throes of mediocrity and meaninglessness, trapped by this mafia or that, inside or outside the campus, strangled to the point of breathlessness by miscellaneous, control-freak bureaucrats of this regime or that. And who cared a damn if the students suffered?

In less than 9 months for the diploma course, year after year, IIMC became like a run-of-the-mill polytechnic. It would reproduce robot-like half-trained products, intellectually half-baked creatures, with no holistic academic or professional skills. It was India’s first and premier institute under the public sector in journalism, like FTII in cinema, and this was easy enough to turn it into a sort of ‘placement agency’. Even the best of students, or potentially brilliant journalists with fire in their belly, would fall into the trap. In a slow growth, jobless market economy, with limited media outlets, especially in print journalism, what options do students have?

Hence, the fall and fall of IIMC continued; only that year after year, talented and idealistic students from far-flung areas in the country, including in other centres of IIMC like Dhenkanal in Odisha, injected life and energy into the campus in their short stint, breaking the barriers of both bureaucracy and sarkari stranglehold. It is the students, with the help of just a handful of teachers, who tried to fly on the wings of freedom and genius, reaffirmed the non-conformity of journalism, engaged with society, history and politics, and sought the academic freedom to question and seek difficult answers. Without the students, IIMC seems like a ghost story, like all its ghost corridors after all the babus leave for home.

The Congress cared two hoots; they let the bureaucrats control it. Under the current dispensation, with its obsession to impose its one-dimensional and retrograde ideology, it is no more the case. The current Director General (DG), KG Suresh, a former PTI journalist with no great credentials in the profession, has been hand-picked because he was cog in the wheel of the RSS think-tank, Vivekananda Foundation.

Like the JNU VC, he is made for the job, as far as the current regime and the RSS is concerned.
Indeed, their current and long-term project is to capture all academic institutions, ban NGOs, or make it difficult for them to work, and crush all dissent. If they can’t capture, they will seek to destroy the institution, even with great fame and excellence, such as JNU and FTII. In the case of IIMC, they have yet again found a ready-made milch cow.

Naren Singh Rao, An academic associate, very popular as a talented and conscientious teacher, was sacked and declared out of bounds from IIMC because he questioned the sacking of several Dalit safai karamcharis, and questioned the saffronisation of IIMC, which should stand for secular pluralism and neutrality.

While most of the faculty looked the other way, as always, a big chunk of students backed Rao, who was much loved and admired as a teacher. Rao has filed a case in the court. Since his sacking, the campus has turned into a hotbed of protest, even as students allege that the DG has tried to suppress dissent with Hindutva jackboots.

A Hindi journalism student was suspended because he wrote a reasonably objective report in a portal on the controversy, giving all the versions. The DG apparently went from class to class damaging Rao’s reputation. So much so, there were reports that he spent many hours not only blocking current students on Facebook and Twitter, but also former students of the IIMC alumni. He tried to eliminate all dissent; he could not succeed even as students openly rose in revolt and social media became a tool of critical protest. The suspended student was taken back.

The latest controversy of holding a ‘yagna’ on the campus, led by a RSS functionary and publisher of its mouthpiece ‘Panchjanya’, is just about the new icing on the cake. Under this new regime, no alternative opinion is encouraged. Only journalists loyal to the Sangh Parivar are invited to give ‘special’ lectures. Reportedly, even legendary P Sainath was rejected.
Earlier, students were discouraged to write or report about FTII, Rohith Vemula or JNU, even when they were front-page news. Even the idea of covering a street theatre in JNU was rejected, so great was the phobia that radical winds and the adventure of ideas would float across the green landscape of JNU into the sarkari corridors of IIMC.

The reported invite to a controversial police officer from Chhattisgarh marks a new high. The top cop has been accused of brazenly encouraging human rights violations, using foul language on whatsapp against activists, and unleashing a reign of terror in the areas where he called the shots. So controversial was he, that the chief minister was compelled to transfer him. Now he has been honoured to allegedly speak on human rights and journalism in IIMC. Indeed, if he would have been a part of a panel, in a plural discussion with different viewpoints on the media scene in Bastar etc, it would have been worthwhile, since students could have access to various opinions. But, in IIMC, as in ‘New India’ these days, all alternative or parallel streams of consciousness is as dangerous and anti-national as blasphemy is in Pakistan, or school education is in Taliban controlled territories.

Besides, why perform a yagna in an educational institute, or any other religious function of any religion? Religion is a private affair, and there are temples, churches and mosques to perform religious rituals. Why an educational institute? At this rate, in the days to come, they will ask students to write an essay on cow urine and the great virtues of cow vigilantes in the next all-India entrance exam. It might seem absurd, but in the current scenario, even that is not a distant possibility in IIMC.

The most relevant question in the current controversy is what is the position of the faculty as a collective body on the RSS yagna and the invitation to a infamous top cop from Chhattisgarh?

There is a major peaceful protest being planned outside the IIMC gate on Saturday. JNU students and the alumni are also joining. Several petitions are being signed. It has been reported that some of the faculty have stated to some journalists that they are not aware of the programme. If teachers in a mass communication institute are not aware of a controversy which is rocking the media, the social media, the student body and the alumni, then it speaks a tale in itself.

(The writer is a journalist and academic based in Delhi. He was former Associate Professor, English Journalism, IIMC, Delhi. )