What Is Nipah Virus? Can It Be Cured?

Nipah virus, caused by the fruit bats, or the 'flying foxes' has caused widespread panic with the recent report of a 23 -year old youth having contracted the disease in Ernakulam district of Kerala. 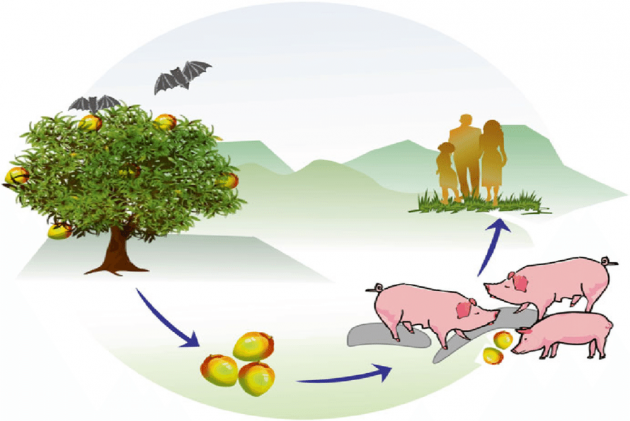 The Nipah virus spreads through fruit bats, also referred to as ‘flying foxes’. The virus is mostly present in the bat urine, and also bat saliva, and birthing fluids.

The symptoms of the disease include fever, headache, drowsiness, disorientation, mental confusion, coma, and potentially death.

The virus was first reported in Malaysia in the year 1999, when pigs in farms came in contact with the bats, who had lost their habitat due to deforestation.

It was also recognized in Bangladesh in 2001, and nearly annual outbreaks have occurred in that country since. The disease has also been identified periodically in eastern India.

Other regions may be at risk for infection, as evidence of the virus has been found in the known natural reservoir (Pteropus bat species) and several other bat species in a number of countries, including Cambodia, Ghana, Indonesia, Madagascar, the Philippines, and Thailand.

Nipah Virus, which is a zoonotic disease, was known to affect humans in Malaysia and Singapore after coming in direct contact with the excretions or secretions of infected pigs. Reports from outbreaks in Bangladesh suggest transmission from bats in the process of drinking raw palm sap contaminated with bat excrement or climbing trees coated in the same.

In Bangladesh and India, there have instances of possible human-to-human transmission of disease, through close contact with people's secretions and excretions.

Recently, reports of a male student been affected by Nipah virus in Kerala’s Ernakulam district have caused severe panic in the state. The virus claimed 17 lives in the state last year.

The 23- year old had studied in a college in Thodupuzha in Idukki and had stayed in Thrissur recently in connection with a camp. A blood sample of the man was sent to the National Institute of Virology in Pune which confirmed the infection.

In 2018, Kerala witnessed a deadly outbreak of the nipah virus. The outbreak was localized in Malappuram and Kozhikode districts of Kerala.

A total of 19 Nipah virus (NiV) cases, including 17 deaths, were reported from Kerala State. 18 of the cases were laboratory-confirmed and the deceased index case was suspected to have NiV but could not be tested.

Two patients recovered completely and were discharged from the hospital. Acute respiratory distress syndrome and encephalitis were observed among the patients infected.

This was the first NiV outbreak reported in Kerala State and the third NiV outbreak known to have occurred in India, while the two previous outbreaks occurred in the state of West Bengal in 2001 and 2007.

Can Nipah Virus Be Prevented?

Currently, there is no such vaccine yet to prevent the occurrence of Nipah virus. Based on the experience gained during the outbreak of Nipah involving pig farms in 1999, routine and thorough cleaning and disinfection of pig farms with appropriate detergents may be effective in preventing infection.

If an outbreak is suspected, the animal premises should be quarantined immediately.

It should be ensured that the bats do not have easy access to date palm sap and other fresh food products. Keeping bats away from sap collection sites with protective coverings (such as bamboo sap skirts) may be helpful. Freshly collected date palm juice should be boiled, and fruits should be thoroughly washed and peeled before consumption. Fruits with the sign of bat bites should be discarded.

The possibility of the disease can also be reduced by avoiding close contact with the people who are currently affected by the virus.