What Do You Know About Gaushalas, Baby Ethics?: New Test For Professorship At JNU

Jawaharlal Nehru University's criteria to hire profesors seem to be knowledge of gaushalas and baby ethics. 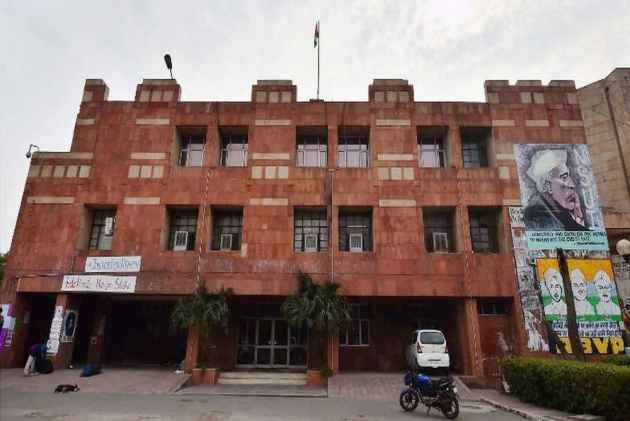 Jawaharlal Nehru University's criteria to hire profesors seem to be knowledge of gaushalas and baby ethics.

In an email circulated by a Delhi University professor to his colleagues in DU and JNU, he described-- what can be called the most bizarre interview-- where he was asked if he had any knowledge of animal and baby ethics, reportedNews 18.

Another said he was tested for his knowledge on gaushalas (Cow shelters). An Economics professor from DU, who had appeared before JNU's selection committee earlier, told the portal that he was asked if there was any gaushala near his place."Have you visited a gaushala? Is there a gaushala around your work area?"

"I was surprised that just because I have studied livestock and animal husbandry I was asked about gaushala," he said.

The DU professor had met the selection committee earlier, to present his research on the idea of "aesthetic regime" as proposed by French philosopher Jacques Rancière.

The committee that included JNU's VC M Jagadesh Kumar not only criticised his eight-minute long presentation but also gave a piece of his mind- "focus on baby ethics and animal ethics.

"You should pay more attention to different kinds of ethics like baby ethics and animal ethics," the email quoted V-C Jagadesh Kumar as saying. The professor was also asked to concentrate on "our own tradition" and thinkers like Panini and Bhartrihari and not to pay too much attention to "foreign thinkers".

"One gentleman in the group thought that others were being too roundabout it, and directly asked me if I had “generated” any work on “Indian” authors. I told him that I had indeed worked on Bangla literature, and published on the early novels of Bankim Chandra Chattopadhyay. He summarily dismissed it, and said he meant Indians like Panini and Bhartrihari (sic)," the email accessed by News 18 said.

A similar scene was witnessed by Delhi University's faculty members in an orientation programme earlier. Several Rashtriya Swayamsevak Sangh (RSS) backed speakers allegedly using the platform as a tool discussed topics that had no meaning in the context. Yajna can help combat pollution and the image of an 'omkar' is visible in sun rays, were some of the points.