'In both Tibet and Xinjiang, there’s a systematic attack on the locals’ identity, which targets their language, religion and culture.' 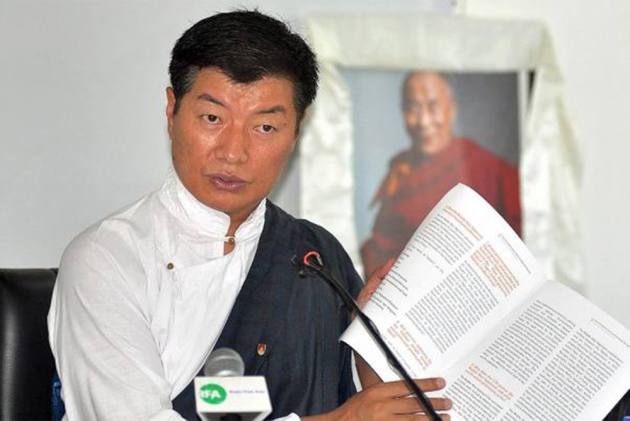 Lobsang Sangay, Prime Minister of the Tibetan Government in Exile, weighs in on the Chinese government’s policies in Xinjiang and Tibet, Xi Jinping’s brand of imperialism, the Joe Biden administration’s China policy and much more in an interview with Nadir Ali Wani. Excerpts:

Q) Similarities of Chinese Communist Party's (CCP) oppressions in Tibet and in Xinjiang.

In both Tibet and Xinjiang, there’s a systematic attack on the locals’ identity, which targets their language, religion and culture. The "Patriotic Education Campaign" that was unleashed on the Tibetans especially the Tibetan monks and nuns decades ago, and which continues today is similar to the "religious and political education campaign" being conducted in Xinjiang. As you might know, the current party secretary of Xinjiang previously held the same position in the so-called Tibet Autonomous Region (TAR). During that period the number of security checkpoints and the police force deployed there, was exponentially increased along with state control over Buddhist monasteries and dense surveillance network such as the grid system which was later replicated in Xinjiang. Similarly, last year a law making 'ethnic unity' mandate passed four years ago in Xinjiang, was passed in the so-called TAR. It's a cause of concern because the vagueness of the law makes it a tool for justification of the persecution of the ethnic minority. Hence it appears that most of the surveillance systems and sinister policies implemented in Tibet have been exported to Xinjiang and those implemented in Xinjiang have been brought back to Tibet.

India Needs To Adopt Its Version Of Tibet Policy

Like in Tibet, the domestic security spending in Xinjiang too increases at an alarming rate. Without even redressing the grievances of the Tibetan people, only few months after Xi Jinping ascended to power from 2013, the security expenditure in Tibet skyrocketed. All these increasing security-related expenditures, particularly in Tibet and East Turkestan validate the increasing repressive policies in the form of application of different extensive surveillance systems.

Q) Imperialism of PRC- how much does Xi’s personality have to do with it?

Many observers strongly agree that Xi is the most powerful leader in China since Mao. The inherent nature of the Chinese political system manifest Xi Jinping’s thought and more so after it has been endorsed as part of the Chinese constitution. China under Xi’s rule has been marked by significant development with the ascent of a greater economic leverage after becoming the world’s second largest economy. And through its growing global influence and dominance, Xi intends to establish a China-centric regional network structure. The political mechanism spearheaded by Xi Jinping displays the contours of an imperialist People’s Republic of China (PRC).

For instance, there is clear evidence of imperialist behaviour in Xi Jinping’s approach to various issues both domestically and externally since Xi headed the CCP in 2012. His efforts to Sinicize the so called ‘ethnic groups’ including Tibet, Southern Mongolia and East Turkestan through means of sheer oppression and enforcement reflects the reality that these regions will remain a sources of insecurity for Xi’s consolidation of power. Xi’s draconian rule over these regions is a testament of a true imperialist and an authoritarian regime.

Likewise, in some of his key foreign policy objectives, including the Belt and Road Initiative (BRI) while the rhetoric of China Dream and Great Rejuvenation of the Chinese Nation and its Community of Shared Destiny have all exuded imperialist appeal. Specifically, Xi has launched an ambitious infrastructure project in 2013, the Belt and Road Initiative (BRI), also referred to as the New Silk Road that stretches from East Asia to Europe, which significantly expands China’s economic and political influence. BRI has now effectively become an instrument for asserting Chinese power and its ideals providing alternative for the prevailing western liberal order - manifesting the contours of imperialist nature.

Similarly, Xi Jinping’s administration has also engaged in a concerted imperialist policy in terms of territorial expansion towards its neighbouring states including India, Nepal, Bhutan, Mongolia, Myanmar and Tibet while there has also been a sustained increase in military presence in the South China Sea. China has been accused of both intrusions and its unlawful territorial claim in the South China Sea. These are increasingly viewed as advancing China’s interests, and one that represent the dawn of a new colonial power.

Q) The West has awoken to the Chinese threat of late. Where do you see this going under the Biden regime?

The whole world is in a very critical situation due to the damage caused by the Covid-19 Pandemic that originated from China. Moreover, the international community perceives the Chinese threat in the form of China’s economic debt trap under the flagship of Belt & Road Initiatives and Chinese health diplomacy during the period of Covid-19 pandemic reconciliation. At this juncture, the US government has passed the landmark Tibetan Policy and Support Act 2020, which reaffirmed US’ commitment to the issues of human right, religious freedom and autonomy. The enactment of the Tibetan Policy and Support Act sent a message loud and clear that the US government will remain a steadfast in its support for the rights and freedom of Tibetans and it will not shy away when it concerns tackling the threat of China’s rights abuses and violations on the global stage.

Q) What is the state of the Tibetan struggle in Tibet itself?

The Chinese government is rapidly intensifying the role of big data in maintaining Beijing’s technological grip over the Tibetan people, according to Claude Arpi, a long-time Tibet-Watcher and Tibetologist. But over the last few years, the nets in the sky and traps on the ground have grown wider, tighter and more digitized, with the use of big data and artificial intelligence tools.

Starting from October 2011, CCP cadres were stationed in every village and monastery in Tibet. Starting in May 2012, new offices, known as grid unit offices, were established in towns to provide enhanced security management at the block level. In May 2013, a network of local reporting systems known as the Advanced Double Linked Household system was set up throughout Tibet. Due to these increasingly intrusive surveillance systems in Tibet, the region could boil over, just like a pot placed onto heat and tightly covered. The “heat” in this metaphor is China’s attempt to forcefully assimilate, in this case, Tibetans in the name of state-building. This forceful act will further create widespread resentment among the people of the repressed groups, who have already deep-rooted resentments. And now, because of intrusive surveillance, minority groups cannot express their grievances openly, thus leading to a preference falsification (a theory developed by Timur Kuran, referring to the act of deliberately misrepresenting one’s genuine views and wants under perceived social pressures). Tsering Woeser (banned Tibetan writer and blogger living in Beijing) clearly elucidated the situation in Lhasa, the capital of Tibet in the following way:

In the heart of old Lhasa around the Jokhang Temple, one can often see armed police randomly stop monks or youths in Tibetan garb for interrogation and registration. Ordinary Tibetans are on guard against each other, even their own relatives, fearing there may be police informants or spies among them. The works of experts like Adrian Zenz and James Leibold also talks about the risks due to the increasing securitization in Xinjiang, which can be related to the situation in Tibet. They argue that one risk is that heavy-handed securitization exacerbates ethnic tensions.

The chief cause of the 2008 uprising in Tibet was insecurity about Tibetan identity. China's harsh crackdown and continuing repression have fuelled great resentment and insecurity among the Tibetans. The insecurity dilemma has not finished its tragic run and it seems just a matter of time before the Tibetans once again rise in an uprising against the regime.

One thing is clear that the resentment among the Tibetan people may have reached its pinnacle because of the CCP's ever-increasing restrictions on their religion and culture. The recent implementation of military-style coercive labour program in the first 7 months of 2020, the Tibet Autonomous Region has trained over half a million rural surplus laborers. According to media reports published in October 2019, these camps encompasses Tibetans of all ages, covers the entire region, and is distinct from the coercive vocational training of secondary students and young adults.

In other words, the increasingly intrusive surveillance, leading to the infringement of one’s privacy, may become a cause for the future unrest. It now seems clear that, if the CCP continues its current ongoing repressive policies in Tibet and Xinjiang, it will have boiling pots, rather than melting pots, in its backyard.

(Nadir Ali Wani is the director at Centre For Peace and Justice, a research-based NGO. Lobsang Sangay is the Prime Minister of Tibetan Government in Exile.)